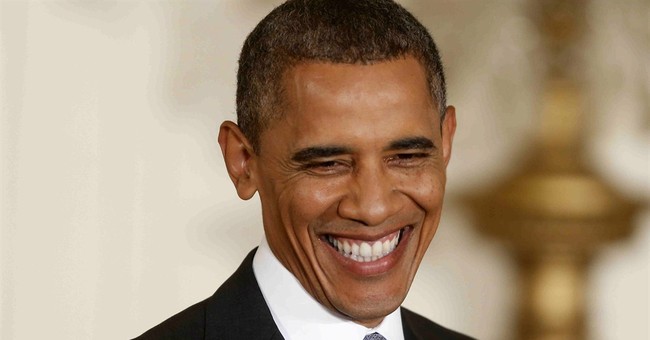 Trending
The headline at CNN Money was, "Why America's Youth Aren't Finding Jobs."

If you expected an analysis of how and why President Barack Obama's policies hurt the job market for the young, think again. Believe it or not, CNN wrote a piece, supposedly explaining the tight job market, without using the following words: Obama, Obama administration, taxes, regulations, "stimulus" program or, of course, ObamaCare.

Apparently, CNN believes the country has been on autopilot for the last five years, with policy decisions by the White House having no effect, for good or for ill. Since CNN will not, let's examine the major economic decisions by this administration and their impact on the job market.

"Stimulus": The Obama administration spent nearly $1 trillion on "economic stimulus" that would "save or create" 3.5 million jobs. Did it? "The inability to measure Mr. Obama's jobs formula is part of its attraction," wrote William McGurn in The Wall Street Journal. "Never mind that no one -- not the Labor Department, not the Treasury, not the Bureau of Labor Statistics -- actually measures 'jobs saved.'"

But some things can be measured. To keep pace with the number of new people entering the job market, the economy must produce 150,000 new jobs every month. In July, the economy produced 162,000 jobs. To date, in the four years since the end of the recession, Obama's economy has produced 4,657,000 jobs -- an average of just 97,020 per month. The percentage of civilians 16 years and older working or actively looking for work recently reached a 34-year low. Down from 65.7 when President Barack Obama took office, it is 63.4 today. Would-be workers are simply giving up, frustrated, no longer looking.

Team Obama said that without stimulus, unemployment, which was then 7 percent, could reach as high as 8 percent. Well, Congress did pass stimulus -- and unemployment rose to 10.2 percent in the first year of Obama's presidency.

Tax hikes: In addition to increasing the top marginal income tax rate from 35 to 39.6 percent on the so-called rich, new or increased taxes have been imposed on Medicare -- a 0.9 percent rate increase on wages and a new 3.8 percent tax on investment income for those earning $200,000 or more.

The Federal Reserve Bank of San Francisco released a report two months ago attributing the "drag" on the economy to new tax hikes. "Surprisingly," said the report, "despite all the attention federal spending cuts and sequestration have received, our calculations suggest they are not the main contributors to this projected drag. The excess fiscal drag on the horizon comes almost entirely from rising taxes."

New regulations: The Obama administration has imposed numerous burdensome and job-killing regulations. According to The Wall Street Journal: "Pages in the Code of Federal Regulations hit an all-time high of 174,545 in 2012. ... The cost of federal rules exceeded $1.8 trillion, roughly equal to the GDP of Canada. These costs are embedded in nearly everything Americans buy ... at $14,768 per household, meaning that red tape is now the second largest item in the typical family budget after housing.

ObamaCare: Seventy-four percent of small-business owners say they have or intend to reduce hours, or fire people, or simply not hire as a result of ObamaCare. But, according to Investor's Business Daily, ObamaCare also gives incentives to employees to accept fewer hours: "Some 2.3 million workers might have their hours cut due to ObamaCare's employer mandates, even if there's no negative impact on total hours worked, a recent study from the University of California at Berkeley Labor Center estimated. The other part of the equation involves more government benefits for those facing shorter hours. This will come starting in 2014 from ObamaCare health subsidies. Households working less may also get additional benefits, such as food stamps."

CNN's head-in-the-sand piece on youthful joblessness serves as the latest example of the pro-Obama media's failure, blindness and unwillingness to see and state the obvious. By historical standards, this recovery stinks. To understand why requires a repudiation of the very foundation of leftism. Leftists believe that enlightened government bureaucrats -- meaning themselves -- possess both the power to redistribute wealth from the undeserving to the deserving and the wisdom to know the difference.

Larry Elder is a best-selling author and radio talk-show host. To find out more about Larry Elder, or become an "Elderado," visit www.LarryElder.com. To read features by other Creators Syndicate writers and cartoonists, visit the Creators Syndicate Web page at www.creators.com.