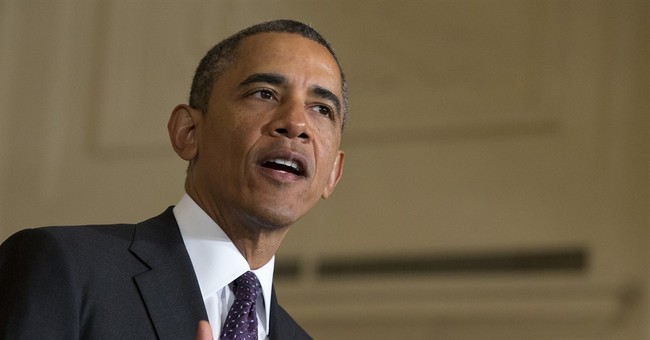 The scandals surrounding the Obama administration come down to one common theme -- that the ever-growing size and scope of our federal government gives it enormous power over virtually every aspect of our lives, power that in the wrong hands can be used to reward supporters, exact revenge and punish enemies. In education, health care, transportation, energy, disaster relief, welfare, commerce, work and salary rules, and on and on, the federal government plays an outsized role completely inconsistent with the Founding Fathers' notion of a limited government that allows maximum personal liberty.

In 1900, government at all three levels -- federal, state and local -- took about 10 percent of the people's money. It now takes nearly 50 percent.

On what basis should Americans -- especially those who did not vote for Barack Obama -- feel that the President will guard their interests, especially when apparently vindictive actions have been taken under his watch?

The IRS admits to, and has apologized for, targeting conservative groups. The second article of impeachment against Richard Nixon accused him of using the IRS to go after political enemies. Incredibly, the IRS commissioner of the office in charge of tax-exempt organizations from 2009 to 2012 -- when the conservative groups were targeted -- is now the director of the IRS Affordable Care Act office, responsible for ObamaCare tax compliance.

Now every president fights with the media, whose job description supposedly requires them to serve as watchdog over government. It is why the First Amendment protects "freedom of the press." But how many administrations have openly and repeatedly stated contempt for a particular news channel, the way Obama and his aides have publicly attacked the Fox News Channel?

Early in his administration, Obama complained, "I've got one television station entirely devoted to attacking my administration." He told Rolling Stone: "The golden age of an objective press was a pretty narrow span of time in our history. Before that, you had folks like [William Randolph] Hearst who used their newspapers very intentionally to promote their viewpoints. I think Fox is part of that tradition -- it is part of the tradition that has a very clear, undeniable point of view. It's a point of view that I disagree with. It's a point of view that I think is ultimately destructive for the long-term growth of a country that has a vibrant middle class and is competitive in the world."

Then-White House senior adviser David Axelrod said that the Fox News Channel was "not really a news station" and that much of the programming is "not really news." Similarly, former White House Communications Director Anita Dunn said about Fox: "We don't need to pretend that this is the way that legitimate news organizations behave."

A few days later, calling Fox "a wing of the Republican Party," Dunn said: "They take their talking points, put them on the air; take their opposition research, put them on the air. And that's fine. But let's not pretend they're a news network the way CNN is." Dunn also said, "I mean the reality of it is that Fox News often operates almost as either the research arm or the communications arm of the Republican Party," and told Time Magazine: "It's opinion journalism masquerading as news. They are boosting their audience, but that doesn't mean we are going to sit back."

How despicable do Democrats find Republicans? A recent CNN poll found 76 percent of Democrats still believe President Bush "deliberately misled" the country into the Iraq War. And Obama defenders say Bush "used" the IRS to "target" the NAACP. Rep. Barney Frank (D-MA) even offered up this Bush/Hurricane Katrina conspiracy: The president, according to Frank, dragged his feet during Katrina so that black New Orleanians would leave the state and take their Democratic votes with them. Frank called this alleged Bush scheme "ethnic cleansing by inaction."