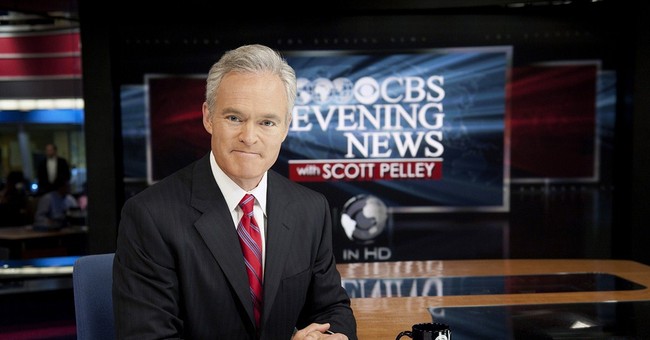 "Our house is on fire," said the CBS News managing editor and evening anchor. Pelley, in a recent speech at Quinnipiac University, said: "Today, right now, as we occupy this house (of American journalism) that was built for us, our house is on fire. These have been a bad few months for journalism. We're getting the big stories wrong, over and over again."

You mean news outlets frequently get facts wrong when competing to satisfy the public's desire for information?! When has that not been the case? Remember when we were told that given the number of people working at the World Trade Center on 9/11/01, we should expect 20,000 to 40,000 dead? During Hurricane Katrina, some news outlets described gun battles that turned out to be nonexistent and offered up death totals that thankfully turned out to be exaggerated.

Everybody can provide examples of wrongheaded reporting. Given the rush to be first and the fight for ratings in an increasingly atomized market, news sources can be expected to get things wrong. Usually, a clarification follows -- with little consequence for having gotten it wrong.

He should apologize for participating in the massive, widespread liberal media bias that, according to a UCLA economist and political scientist, gives Democrats an 8- to 10-point advantage in presidential elections.

Consider the way major media have covered the IRS scandal. A front-page headline in The New York Times captured the media's general approach to the story: "IRS Focus on Conservatives Gives G.O.P. an Issue to Seize On." Oh, we get what the Times wants to tell us. The meme goes like this: At long last, after five years of digging dry holes, those obstreperous Republicans have unearthed a scandal that threatens to derail Obama's wonderful, progressive vision for America. When the dean of American journalism, Bob Woodward, likened Benghazi to Watergate, pundits on MSNBC pronounced the Pulitzer Prize winner senile.

Major media leave out one of the most important angles of the IRS scandal. It is this. Why were so many conservative groups applying for tax-exempt status to raise money for the 2008 and 2012 elections? Answer: For the first time since the Watergate reforms, Obama refused matching federal funds for the general election, because the funds come with a catch. The candidate must agree to campaign finance limits. Obama figured, correctly it turns out, that he could raise far more money without the matching funds and their limitations.

Obama, in 2008 and again in 2012, raised more money than any previous presidential candidate. He raised more money from Wall Street in 2008 than did John McCain. Democratic Hollywood mogul Jeff Katzenberg of DreamWorks brought in more than $6.6 million for Obama in the two election cycles.

Obama claims he accepts no money from "registered lobbyists." But The New York Times reported a full year before Obama's re-election: "At least 15 of Mr. Obama's 'bundlers' -- supporters who contribute their own money to his campaign and solicit it from others -- are involved in lobbying for Washington consulting shops or private companies. ... They glide easily through the corridors of power in Washington, with a number of them hosting Mr. Obama at fundraisers while also visiting the White House on policy matters and official business."

Newsies like Pelley think of themselves as nonpartisan. But where are the stories about how the growing size of government creates a growing need to lobby? In 2000, many Democrats called the election "stolen" because the Supreme Court ruled in favor of Bush. To what degree did IRS thuggery affect the election? How many conservatives decided against actively participating in the election because they feared an IRS audit?

The bigger the government, the more people will lobby to influence the outcome. Lobbying is one of the freedoms recognized by the First Amendment, the right of the people "to petition the government for a redress of grievances." In addition to health care, Obama seeks to increase the role of the federal government in education, transportation, infrastructure, "climate change," nutrition and gun regulation, among others.

In "Bias: A CBS Insider Exposes How the Media Distort the News," ex-CBS newsman Bernard Goldberg describes a conversation with the then-president of CBS News. "Look, Bernie," Andrew Heyward said, "of course there's a liberal bias in the news. All the networks tilt left. ... If you repeat any of this, I'll deny it."

Pelley's "house" has been on fire for a long time. He speaks only about getting things wrong with breaking stores. But media bias is not late-breaking or fast-developing. It is a function of an anti-business, pro-collectivism left-wing education. In 1980, a poll found that 40 percent of Columbia University journalism students believed in government ownership of large corporations! Only a third believed the free enterprise system was fair to workers!

It is this left-wing ideological pool from which major news organizations hire their reporters. Apologize for that, Mr. Pelley.