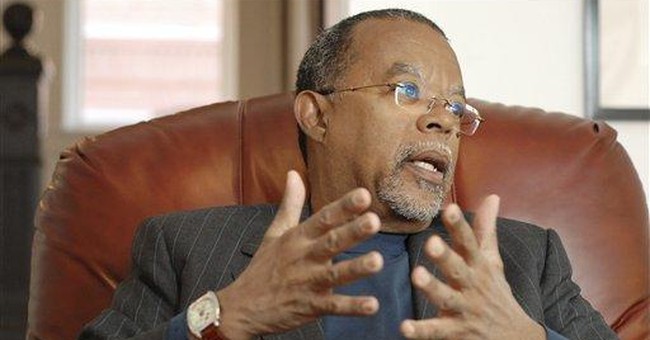 Gates, "one of the nation's pre-eminent African-American scholars," writes The Boston Globe, was arrested about 1 p.m. at his home near Harvard Square by Cambridge police investigating a possible break-in. "The incident," says the Globe, "raised concerns among some Harvard faculty that Gates was a victim of racial profiling."

"Friends of Gates," writes the Globe, "said he was already in his home when police arrived. He showed his driver's license and Harvard identification card, but was handcuffed and taken into police custody for several hours." The Globe posted redacted arrest reports on its Web site. But for reasons unknown, the Globe removed them less than a day later.

The Cambridge Chronicle, however, still posts the reports on its Web site. The Chronicle's article also mentions a few things the Globe omitted -- including that "during the incident, Gates accused Cambridge police officers of racism."

The Chronicle writes: "A witness had called police when she saw a black man, apparently Gates, wedging his shoulder into the door, trying to gain entry, according to the arrest report. ...

"In the arrest report, police said Gates initially refused to step onto his porch when approached by (Cambridge Police Sgt. James) Crowley. He then allegedly opened his door and shouted, 'Why, because I'm a black man in America?'

"As Crowley continued to question Gates, the Harvard professor allegedly told him, 'You don't know who you're messing with.' When Crowley asked to speak with him outside, Gates allegedly said, 'Ya, I'll speak with your momma outside.'"

Crowley says he responded to a call of a possible break-in by a woman on the sidewalk, who said she'd seen a black male "wedging his shoulder into the door as if he was trying to force entry." Crowley reported he "could see an older black male standing in the foyer." He continued: "As I stood in plain view of this man, later identified as Gates, I asked if he would step out onto the porch and speak with me. He replied 'no, I will not.' He then demanded to know who I was. I told him that I was 'Sgt. Crowley from the Cambridge Police' and that I was 'investigating a report of a break in progress' at the residence. While I was making this statement, Gates opened the front door and exclaimed 'why, because I'm a black man in America?' I then asked Gates if there was anyone else in the residence. While yelling, he told me that it was none of my business and accused me of being a racist police officer."

After initially refusing to produce any identification confirming his residence, Gates finally supplied a Harvard ID. By that time, a crowd of officers and passers-by was outside. In front of the house and "in view of the public," Crowley states he twice warned Gates that he was becoming disorderly. But Gates' yelling and "tumultuous behavior" continued, causing "surprise and alarm" in the citizenry outside. Crowley then placed Gates under arrest.

Crowley "asked Gates if he would like an officer to take possession of his house key and secure his front door, which he left wide open." Gates said "the door was unsecurable due to a previous break attempt at the residence." (Emphasis added.)

OK, the cops overreacted. Cops' training involves dealing with verbally abusive citizens. They could have walked away, written a report and allowed the prosecutor to determine whether to file charges. But Gates overreacted, too.

Last week, about 2 p.m., while driving a nice car, I got stopped by a police officer about a block from my home in Los Angeles. The officer asked for license and registration. "Yes, sir," I said, handing him my license. Before I could retrieve the registration, he said, "Mr. Elder, do you still live at this address?" I said I did. He said: "OK. I stopped you because you rolled through a stop sign. Two pedestrians saw you, and they gestured to me, as if saying, 'Are you going to do something about that?' So I felt I had to stop you. I'm not looking for area residents. I'm looking for people who don't live here who might be committing crimes. You're fine."

I did roll through the stop sign. He could have ticketed me. Rather, he responded to my politeness with politeness. Besides, don't we want a proactive police department that, within the law, doesn't just react to crime but also tries to prevent it?

Cops routinely deal with conflict, angry citizens and quite often the worst of the worst -- while going to work every day willing to take a bullet for someone they don't even know.

Even Henry You-Don't-Know-Who-You're-Messing-With Gates should understand that.

Cops are human beings, too.