Illegal Alien to America: "I Have an Attitude of Gratitude" 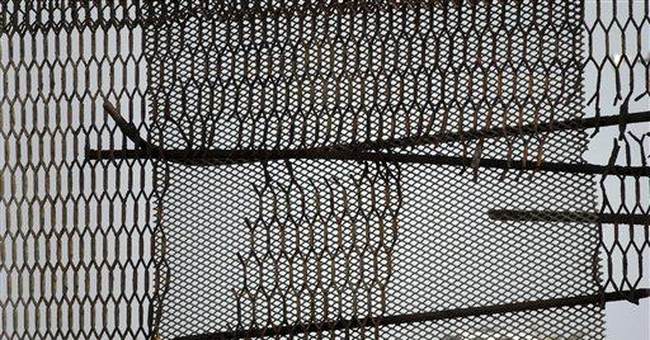 The following letter should have been written, but was not, by an illegal alien:

I entered your country illegally. Several years ago, I paid thousands of dollars to a "coyote" to sneak me out of Mexico through your southern border.

I broke the law. I did it out of desperation -- desperation to leave a corrupt country whose socialist economic policies make it impossible for me to earn a decent living for my family. Most of us illegals come into your country to earn a living, with many sending money back to Mexico and other Latin American countries. In fact, the Mexican economy depends on these remittances, and would collapse without this money. I say this not to justify my illegal entry into your country, but to explain it.

While I left my wife and children behind, I know that some illegal aliens entered your country with the intention to have children, so-called "anchor babies." Under your laws, these children become automatic American citizens, eligible for welfare benefits.

I can understand your rage at being taken advantage of. After all, we aliens paid nothing to build your infrastructure, and contributed nothing to the welfare programs, the education system or the health care system that many of us now take advantage of.

Studies conflict over how much we aliens cost your country. Some say we cost a lot, although other studies say our hard work reduces the burden on the American taxpayer through cheaper goods and services. In any case, a first generation "illegal" undoubtedly takes more out of your country than he or she puts in. And we cut the line in front of those attempting to enter your country the right way, and threaten the livelihood of some so-called unskilled American workers. Again, I understand your anger.

When your House of Representatives passed the commonly called Sensenbrenner Bill, making it a felony to be in your country illegally, many of my fellow illegal aliens took to the streets, some waving the Mexican flag. Some of those in the streets steadfastly refuse to learn English -- however long they have been here -- even going so far as to demand "bilingual education" programs in American, English-speaking schools. These illegals were demanding our "rights." What rights?

This sense of entitlement understandably angers Americans. I hear many fellow illegals say, "I didn’t cross the border, the border crossed me." Our schools taught us as children that America "stole" the Southwest, including Texas and California. Therefore many illegals foolishly believe that crossing the border and entering your country actually represents a "recapture" of lands to which we feel legally and morally entitled. Never mind that through war, conquest and colonialism, the boundaries of most countries become drawn and re-drawn, with America no exception.

Because your country, unlike my country, does not thoroughly guard its borders (Mexico places the military on its border with Guatemala) illegals from Mexico and other Latin-American countries leave trash on your border, violate the private property rights of Americans living at or near the border, and sometimes threaten American farmers with harm. Also, through your border, Mexican drug dealers smuggle not only people, but drugs and guns, and make a mockery of your territorial integrity.

Some illegals commit crime in addition to the illegal act of entering your country. This includes the drug dealers, gang members and other criminals. Nearly 600,000 illegals live in America while under orders to deport, many of whom entered through your southern border. Others sit in your prisons and jails. This costs American taxpayers both property damage, money and, all too often, even lives. Your outrage is justifiable, and, speaking for myself, I can only say that I am sorry.

Your country stands as a beacon of freedom, having helped save the world from fascism and Nazism in World War II, as well as saving the world from communism during the long, costly "Cold War." And now, your country sacrifices blood and treasure in the war on terrorism against Islamofascism. This makes securing your border not just a matter of economics, but a matter of national security.

Finally I want to say thank you, America. Bless you for allowing us to enter your great country, and to earn a living, an opportunity not available in the countries where we were born. Bless you for not deporting us, for our humane treatment, and for allowing so many of us to take advantage of your educational opportunities, as well as social programs including welfare and health care.

So as you debate immigration reform, please understand that we intend to accept the outcome, and simply hope and pray that the kindness and generosity of Americans can permit most of us to stay. If you allow me to remain in your country, I intend to show my gratitude with hard work and appreciation, so that one day I may call myself an American. Sincerely,

An illegal alien -- and I approved this translation.