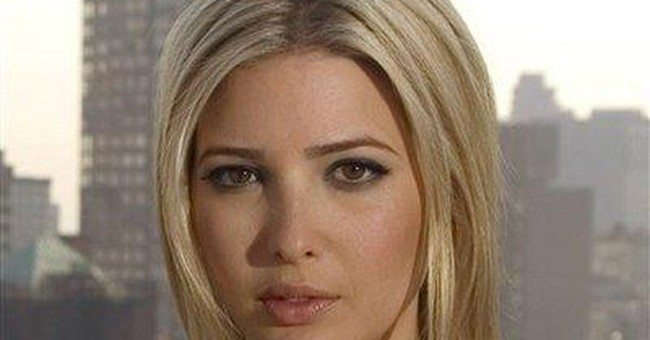 Trending
Note to Readers: The following column is intended as satire.

As family pets continue to die as a result of tainted pet food, congressional Democrats demand a federal investigation. In the meantime, they have requested that all new pet food be first tasted -- by Vice President Dick Cheney.

The Bush administration, in a reversal of policy, now says that children born in the United States to low-income illegal immigrants will qualify for Medicaid coverage. The policy change followed critics' claims that the Bush administration tried to ignore the 14th Amendment, which confers citizenship to anyone born on American soil. Still, pro-immigrants' rights organizations La Raza, the Mexican-American Legal Defense and Educational Fund and the ACLU are demanding a) that illegal alien parents get Medicaid, b) that illegal alien parents get affordable housing -- and c) the placement of anti-illegal immigrant Republican Rep. Tom Tancredo's head on a stick.

"Troubled" pop star Britney Spears has completed her nearly one-month stint in a rehabilitation center and "is doing fine," according to one magazine report. Spears checked herself in on Feb. 20, after she publicly shaved her head at a hair salon. After leaving the rehab center, the rejuvenated Spears announced a lucrative deal to do public appearances and make commercials -- for SuperCuts.

President Bush says he will assist Congress' investigation into the firing of eight U.S. attorneys. Bush intends to make all relevant documents available for examination in a private room. But in light of Clinton National Security Adviser Sandy Berger's theft of National Archives documents, the president is requiring that all lawmakers first remove their pants.

The New York Times reports that two Border Patrol agents were fired upon while examining packages of marijuana that floated ashore along the Rio Grande River. The agents, who returned fire, were unhurt. One witness said he did not see any drug smugglers, but thinks he saw Attorney General Alberto Gonzales trying to flee the country.

West Branch, Ohio, schools say they still do not know what caused students at Beloit Elementary School to break out in a rash, causing the closure of Beloit and one middle school. The district superintendent said that despite air and surface testing, health officials have not been able to pinpoint the source of the rash. But further tests uncovered the likely source -- algebra exams.

Microsoft chairman Bill Gates says that the United States should reform its immigration laws to make it easier to attract highly skilled foreign workers. Gates said scientists and engineers from India and China who work for Microsoft waited more than five years to get their U.S. green cards. Five years! This suggests the technology gap between Mexico and America is closing -- because you can go to downtown Los Angeles and get a green card from an illegal alien in less than 45 minutes.

The Associated Press reports that boxing promoter Don King got a front-row seat at Pope Benedict XVI's general audience. "I was thrilled to be there," said King. "It was a deep spiritual experience." During his papal visit, King reportedly offered the pope Los Vegas hotel reservations and a ticket to the big May 5 fight between Floyd Mayweather and Oscar De La Hoya at the MGM Grand. The pope's seat would be in the second row -- right behind King. The pontiff reportedly said, "Throw in the Bob Hope suite, get a haircut, and I'm there."

The last charges against three Duke University lacrosse players, originally indicted for rape, will reportedly be dropped soon. Sources expect a withdrawal of the assault and attempted kidnapping charges against Collin Finnerty, 19, Dave Evans, 23, and Reade Seligmann, 20. This is actually good news for North Carolina's Durham County District Attorney Mike Nifong -- whose wife said, "Only this morning he crawled out from beneath his bed."

Following Al Gore's appearance at last week's global warming hearings, concerned viewers came up with a suggestion as to how the former vice president can reduce his environmental footprint -- drop 30 pounds.

The New York Post said Rudy Giuliani's wife, Judith, revealed that Rudy isn't her second husband, but her third. "Something I will share with you is that, since I haven't done [many] interviews . . . Rudy and I have both been married three times." That's a total of six marriages. But a spokesperson for the Giuliani campaign assured his conservative supporters that "All the marriages were, in fact, heterosexual."

The entertainment-news website TMZ reports that actor/director Mel Gibson exploded in anger when, during a college campus question-and-answer session, a professor accused him of racism in his depiction of Mayans in his movie "Apocalypto." The professor accused Gibson of unfairly depicting Mayans as bloodthirsty. An angry Gibson exploded and said, "Lady, [bleep] off!" Gibson's publicist later said the professor misunderstood Gibson, and that "Lady, [bleep] off" was actually Mayan for "You don't say!"