Kurt Schlichter
|
Posted: Jun 28, 2018 12:01 AM
Share   Tweet
The opinions expressed by columnists are their own and do not necessarily represent the views of Townhall.com. 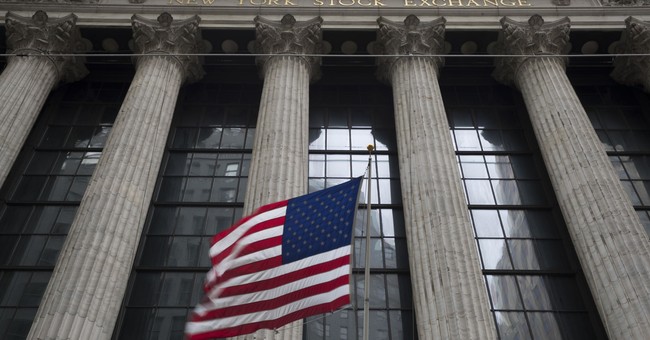 What a letdown – you libs were totally promised that you and your elite cohort would rule forever, unchallenged, over the filthy hordes infesting America’s non-coastal regions, and then all of a sudden those nasty Normals got militant and elected Donald Trump. It’s not fair, damnit! And it just gets worse and worse as things in America, under Trump, get better and better.

This prosperity and this relative peace are the worst things ever. Well, for you liberals. But then that’s all that matters, according to liberals.

So, now you got Bill Maher pining for a recession, apparently so Trump will somehow get tossed out of office to make room for some liberal to come in and … do what Trump did and bring prosperity, but more wokely? Then there’s Nancy Pelosi, fresh from bathing in a tub of 100-dollar bills, complaining that more cash in your pocket is a bad thing because it means she can’t spend it the way she chooses – and she chooses to spend it on greedy foreigners, lay-about bums, and other Democrat constituencies.

Never have so many been so angry about so little bad news. With nothing real to complain about, they have to hype every silly little thing to the point where they are screeching “Nazi!” at you while you are trying to gnaw on a Quarter Pounder.

Their anger is a giveaway. In poker, it’s called a “tell.” A tell is a little thing a player does that gives away the hand he’s holding. Liberals’ tell is how they constantly bemoan success, and what their tell tells us is that they are eager to trade our prosperity for their power.

Better a recession with them in power than prosperity without them in power. Which kind of shows where “Normals’ Happiness” ranks on the Big List of Liberal Priorities – at the bottom, Priority # 2382, right there between “Vegan Pronoun Equity” and “Reforming the FBI.”

Speaking of the FBI – well, no one is speaking of the FBI. The leftist media saw to that with a coordinated response of utter outrage against the Trump administration for treating criminals like criminals. Phew, that was close – we almost had to spend a few days talking about how simultaneously corrupt and inept the Democrats infesting the FBI and the DOJ are.

Still, if you’re a liberal, you not only have to have the major sadz because that sad-faced hack Bobbie the Beagle Mueller and his band of Democrat donors have found zero evidence of collusion. You have to be bummed that neither they nor all the lying sacks of Schiff in the deadwood fed bureaucracy can even manage to frame the president.

The libs bet the House on a bunch of government nimrods who are, unfortunately for #TheResistance, more incompetent than corrupt, which is saying something. Mueller’s got nothing, and he’s not going to get anything. He had Paul Manafort’s bail revoked, but is Manafort going to roll – by which I mean give Mueller the perjured testimony feds are used to pressing out of their stoolies? No. Manfort knows Mueller’s got nothing, because there is nothing, and he also absolutely knows there’s no pardon waiting for him if he invents Russia stuff to please Torquemueller. And Trump is totally going to pardon him, and General Mike Flynn too if that gun-to-head plea isn’t withdrawn in light of all the lies we’ve seen from Integrity Boy Comey’s cohorts.

Good. Because this corrupt practice of strong-arming testimony that is almost certainly false, in whole or part, out of “witnesses” by threatening them and their families with eternity in the slam has got to stop. Pardons would send a message – no more of this garbage. And then these lazy prosecutors might have to start proving their cases with evidence instead of with witnesses who have to choose between lying and dying in jail.

Liberals are devastated that Russiagate is a dud, and more so because the collateral damage on liberal institutions brought on by their fake scandal is going to be awesome. As a liberal you can’t be looking forward to November, not with Maxine Waters’ stupiding it up all over cable. Every Normal in America sympathized with Sarah Sanders, and the vast majority vowed some ballot box payback. These idiots ought to report their social warfare jerkiness as in-kind campaign contributions to Trump’s mid-term victory campaign.

Oh, there’s plenty of big talk among Dems and their media Schumer-sniffers about the onrushing blue wave, but where is this wave? Where is it hiding? Where is there any indication that the people who elected Trump are going to say “Yeah, I like the tax cuts and the booming economy and beating ISIS and my kid not having to fight street-to-street in Seoul and the crackdown on illegals and the conservative judges and Trump generally not taking of guff from liberals and their media pets, but I’ve suddenly just realized that Trump can be mean sometimes so I’ll vote for Democrat guy who wants to help Pelosi take my guns, import MS-13 into my neighborhood, and then pester me at the Arby’s.”

Where is someone saying that? Where?

Just look how unhappy the libs are. It’s all outrage, all the time. You can’t be happy if you are constantly agitated. It’s unhealthy. It makes you look like a wacko. Yet they go nuts on social media, they go nuts at awards shows, and they go nuts when conservatives are trying to scarf down some tacos. If you are always going nuts, maybe that’s an indicator that you are nuts.

What a disappointment we are to our liberal elite betters. We’ve let them down terribly. Oh well. These are bad times to be a liberal because these are good times to be a Normal American.