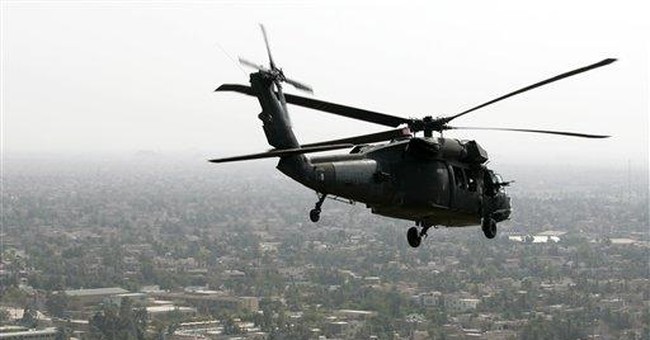 What are they, the dumbest people on earth?

Why would any population of any nation that has the slightest modicum of freedom choose to subject itself to the onset of treasonous and vapid judgment with which these editors seem so well endowed?

Maybe these editors are bored by the slow news cycle that is the month of August, maybe they fell asleep while sitting at their desk playing sudoku, maybe their consensual sex partners broke pieces of china over their noggins, or worst of all maybe their viewpoint of the American people is so low that they think we won't notice. Whatever the case editors at the New York Times, The Philadelphia Daily News, and The Washington Post deserve not merely ridicule but complete isolation from American civilization for the treachery they promoted this week.

Playing fast and loose with the idea of terror visiting our shores, ripping American lives and bodies apart, polling the bottom feeding trolls to suggest how attacks should be planned, and pure mockery of what real American heroism looks like in the face of such danger - should earn not just the scorn of the American public, but the economic ruin that comes from readers and subscribers walking away.

Steven D. Levitt, the New York Times' self-named "freak" lived out his titillating fantasies this week by asking readers to comment on his blog's publicly accessible comment section to give great detail about how they would carry out a terrorist attack. He even included parameters such as if you were limited with financial resources and how the best plan of escape could be hatched. He even supplied the first example and then said he would "love" to hear from his readers, whom he was sure had "far better ideas." Mindful this is being brought to you by the same "news service" that has taken great delight in exposing some of our most effective tools against terrorists like tapping their use of cell phones, and revealing how we had been freezing their financing. The week previous due to financial constraints the Times had been required to reduce its page size. The "freak" also attempted to justify his postulation of the discussion by citing fewer terrorists would read the column than say patriots.

How many terrorists need to read the column to take action on its ideas?

Right down the New Jersey Turnpike the next morning Stu Bykofsky was able to convince his editors at the Philadelphia Daily News to run the headline: "To Save America, we need another 9/11." Sort of the "blow Americans apart so that we can sew ourselves back together" concept. Bykofsky then completely over romanticized the supposed unity that the nation had in the fall of 2001. By being attacked again he presupposed, then that short lived unity would return. His summation was, "let it be!"

Bykofsky also left out the fact that liberals like Senator Ted Kennedy had trouble even calling terrorists by their name. On September 24, 2001 Kennedy referred to them merely as criminals. Not surprising given the fact his father Joe Kennedy even opposed President Franklin Roosevelt in his efforts to stop the Nazi march of Adolph Hitler.

Bykofsky wrongly asserts that the American peoples' reaction to such an attack would be outrage at the perpetrators. What would actually happen would be more along the lines of liberals blaming the Bush administration for inciting the terror attacks for such actions as staying on offense in snagging and entangling the terrorists on the battlefield. A tactic that to date has worked exceedingly well.

On the same day that Levitt "the freak" published his how-to manifesto, the Washington Post editors decided to run this Tom Toles cartoon.

Reducing the sacrifice of family members lost due to their own bravery and courage and equating it to the selfishness of demanding that "you" be exempt from the scheduling troubles of air-travel is nauseating.

Those scheduling troubles we might add are occurring in large part because of the financial hit the airline industry incurred because of September 11, 2001, and the restructuring the industry has had to do from the ground up in response.

The judgment of Levitt, Bykofsky, and Toles is obviously amiss. And whether they underestimate the true threat of terror in modern day life, or they have an untruthful romanticizing of the American left's supposed support of the right and propriety to defend ourselves is really irrelevant. Editors have the power to stop such intellectual trash from ever seeing the light of day.

And if they continue to allow suggestions of invitation to our enemies to spill more American blood and carnage in American streets?

Well... the best they can hope for is that they will be rewarded with safe haven for their deeds of loyalty by those seeking the creation of the Islamic States of America.