Why Parents MUST MySpace 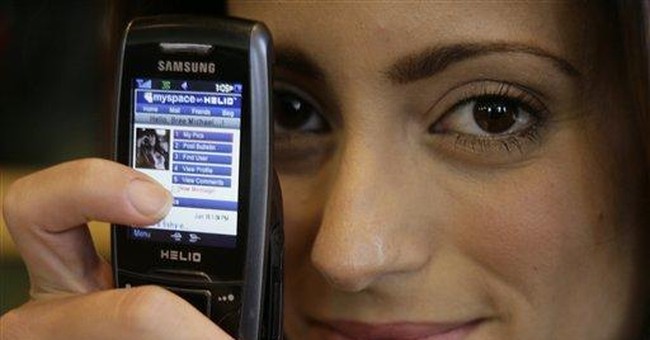 With all the horror stories hitting the headlines about online fears, crimes, predators, and even rape leading to murder one thing has become very clear: Parents need to understand their children's lives more than ever. That means they need to be online and in my opinion that means MySpace. (Though the principle is still true if applied to facebook or any other networking community alternative.)

Parent's in California are presently trying to deal with an online pedophile Jack McClellan who takes perverse delight in posting pictures of young girls on his web-site and then giving out free instruction to other pedophiles as to how they could seduce children just like those girls into doing illegal and perverse things.

The problem is that parents are in large part fighting the battle the wrong way.

Because they fear for their daughters' safety parents are suing the man in the California court system. They are wasting major financial resources attempting to squelch a man's voice. He claims that since he has not done any of the things he is telling others to do - that he has not violated the laws and therefore is free from prosecution. To date the courts have sided with the perv.

But parents are making a much bigger mistake in their day to day lives with their children.

For generations the shouts of "where you going, who are you going to be with, and what time will you be home" rang from the swinging screen doors and front porches of America. Now the same questions need to be asked when the children are in their bedrooms with door shut as much if not more so than when they head out for the night.

In the last month the Governor of Connecticut attempted to make a federal case of the fact that MySpace recently conducted a sweep of its membership and found 29,000 convicted sex offenders on their rolls. The Governor demanded that new technologies be invented so as to prevent such a thing from ever happening again. 29,000 is an astonishing number, particularly out of context. That 29,000 was four times higher than what MySpace had previously reported, but still nearly statistically insignificant when you understand that MySpace has 197,000,000 registered users.

For comparison go to FamilyWatchDog and input your own zip code. You will most likely be shocked at the number of sex offenders living within mere blocks. In input my home address and came up with 145 offenders within five miles. From our broadcast studios in the Empire State building there were over 1500, many just steps away.

Getting into your child's life now means being part of their universe, what they think about, what they are reading, and who they are talking to. All of which they now can and do mostly online. With the emergence of networking sites kids are blogging, sharing music, watching video, chatting with, and even live web cam broadcasting to each other in the blink of an eye. And unless you are in the loop, most of it is done without limits.

Tracking the child's footprint, where he goes, who she comments to, and most importantly who has access to their page can all be monitored by mom and dad easily - by simply starting a MySpace account of their own.

It is also important to realize that pop culture from music videos to podcasts have recognized the power of this medium. Now pop artists who used to be completely isolated and cut off from every day interaction with their fans - are speaking to them, even personally and directly from MySpace. Do you want your daughter interacting with Akon the man who humps under age girls on stage? If not are you aware that your daughter might still have a direct connection to him?

Politicians are also accessing the networking world and attempting to sway the belief system of the next generation through it as well. Though admittedly they are much clumsier at it than the pop culture icons, they are learning quickly and I predict their desire to get to your child will only increase in its efficiency before the election of 2008.

What's important to remember about MySpace (and applicable to all other networking sites) is that it is merely a medium that gives access.

Sure it makes your life a bit harder because you have to learn how to use it and what it is capable of, but that's not all bad. There are numbers of tremendous organizations, groups, churches, and resources that are moving on to MySpace. You will also be able to join alumni groups of your alma maters. Teachers use it to communicate to students. And if you live similarly to the McCulloughs with family spread out across the Northeast, Southwest, Midwest, and Pacific sections of the nation MySpace is an invaluable tool to spread news quickly. That also applies to our service men and women keeping us safe overseas.

Here's an easy way to start, go here and join the MySpace community for readers of this column, my blog, and my radio show, see how easy it is to get connected and message me any questions you have about how it works. We will be as quick as possible to get the answers to you that you need.

Another highly recommended resource would be Jason Illian's MyKids, MySpace. Perhaps the most authoritative and easiest to read work that's been done on the subject.

Mom, Dad, you need to be on MySpace, your kids already are and while they are there not a day goes by that they wouldn't be more safe - if they were to add you to their "friends" list.