Why Liberals Lie About Sex 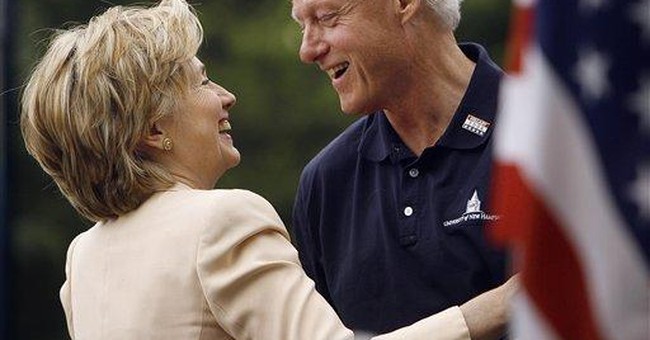 Liberals want your child to have sex. They want this to occur in spite of your religious, health, or parental objections. They are willing to substitute false thinking for solid fact on the consequences of what will happen. And they do so while simultaneously insulting you and your child's ability to comprehend, discern, and choose behaviors that make the most sense.

This week the teens of America sent a pretty solid message in response however - they don't want to.

For the first time since before President Clinton said what "is, is" a majority of American teens - 53% - have not had sex and are choosing to not do so. In Clinton's "hey days" the number was around 47%. But it would be hard to know this from just reading the headlines of the liberals' most important of allies, the mainstream media. Here's a sampling of some the outlets that commented on the survey that confirmed these amazing numbers:

Even outlets that did mention the reduced numbers of teens engaging in sexual activity nearly always also mentioned the increase in condom use.

Of course liberals need the story to be told this way. In April of this year liberals were out in full force making a complete mockery of our nation's youth population and their ability to say "no" when it comes to pre-marital sexual engagement. In that same month as study was released that had taken a small sample of 2000 kids from 1997 and followed them through high school. The kids selected were from four communities two rural, and two urban. The results of the study determined that abstinence education had almost no effect on the teens in the study.

As a result congressional liberals paraded up and down the halls of Capitol Hill giving press conferences stating the death of the abstinence education funding for the future. That simply because this study proved how "ineffective" these programs were proved the point that schools would need to revert back to the early 1990 style of sex ed. Of course it is easy to ascertain that the 1997 study focused on teens who were already teens in 1997 and who in large measure had no exposure to institutionalized abstinence education. These children of the "I did not have sex with that woman" era, were products of one of the most progressive and permissive sexual society's since the late 1960's.

The Bush Abstinence programs weren't implemented until the fall of 2001.

It is also important to point out that the study released this week examined far more than merely 2000 kids in 4 communities. The newest, far more expansive report surveyed 22 different federal agencies that tracked over 38 leading indicators. And it is very much worth pointing out that under the Bush Administration this is the sixth year in a row in terms of the drop of teen birth rates. Another stark contrast in recent history given that under the permissive Clinton regime the United States reached its all-time high in that regard.

It is odd to listen to Congressional liberals like Henry Waxman who regularly attempt to smear the Abstinence Education communities because of the certainty with which they pronounce abstinence's failure.

Yet even common sense tells us that the chances of incurring a teen pregnancy and then the possible tragic consequence of abortion, or the still very difficult consequence of a teen birth are affected by one's behavior. If a teen girl chooses to save sexual activity until she is married, she has zero chances of getting an STD, becoming pregnant, having an abortion, or out of wedlock birth. If a teen boy chooses to enhance his skills of communication, consideration, and leadership - instead of always trying to get in a girl's bed then he too avoids the heartbreak of STD's and responsibilities of pregnancy that he is not prepared for.

The truth is kids understand these simple concepts. And it is an insult to the teen's intelligence and nature to presume they don't. Faith based parents are pro-actively teaching their kids about the very simple reasons why sex before marriage will bring them confusion and destruction. Liberal parents do not, thus why they view all children as unable to control their drives any better than rabbits in the spring time.

The truth is we humans are capable of controlling every choice we make, and if we simply understood the natural outcomes of those choices perhaps we'd make better ones.

Perhaps the truth also includes the reality that as teens, liberals did not control their choices. Perhaps they did live their lives as animals copulating with anyone, and in people like President Clinton's case nearly everyone they ever had an eye for.

But this is not how it HAS to be.

And according to the most comprehensive study done to date - now more teenagers than ever before are deciding that they won't!