Why Liberals Loathe 'The People' 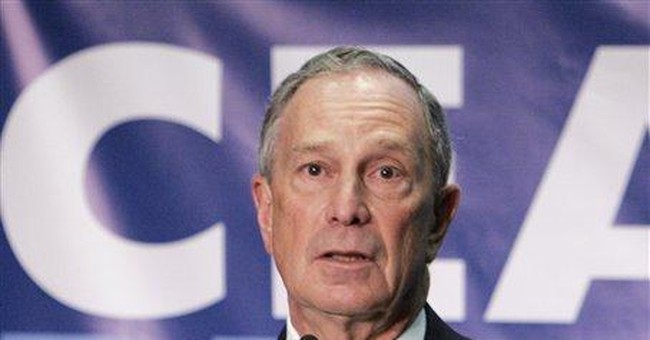 Regardless of partisan affiliation liberals seem to be on the war-path against the voice, votes, and welfare of those they work for: we the people. They are actively seeking to make them voiceless in the process of governing through supposed self-determination. They are also intent upon enslaving them to increasing government dependency for their basic needs, or to even entice them to live lawfully.

Such truths about the left should embarrass them. But they seem either too innocently dense, or purposefully hostile and arrogant towards those of us who put them in office to be willing to change direction.

This is a worrisome thing.

Last week the voice of the people was shut out of the process of weighing in on one of the most explosively controversial topics of the day - redefining marriage to include additional sexual couplings.

It is the prevailing wisdom to allow the people to decide the weightiest matters of our time but not so to the ruling Marxist Democrats of Massachusetts. 151 political elites in the combined houses of the state legislature voted AGAINST allowing the people of the state a voice to speak. They voted to prevent allowing the people the chance to decide for themselves how they would like to define marriage. 151 political elites prevented 6,400,000 plus citizens the right to say yes or no to the most controversial legislation of the day.

They did so because it is widely believed based on reputable polls that were the people of the state to decide for themselves how marriage would be defined that they would do so by saying simply, "marriage is a sacred sexual union of one man and one woman." They would do so on the basis that such unions offer the safest, healthiest environment for children to grow and prosper in.

And of course they would be right.

But the people be damned, the 151 elite have political debts to pay!

But liberal contempt for the people is a bipartisan effort. Consider Mayor Michael Bloomberg of my city - New York.

In the Tuesday news dailies across the boroughs swept the story of the mayor's "experimental" plan to "pay the poor for good behavior."

For the first part of the efforts the mayor has promised funding exclusively from the private sector to "study" the impact of literally "throwing money" at people who should be doing what they would now be paid to do. According to the Associated Press a family in the program could earn up to $6000 for doing things like: taking their child to the doctor, "high attendance" in school (note not perfect - just "high"), attending parent/teacher conferences, and even - get this - $150 a month for "working full time."

The Mayor got the idea from examining the thriving metropolitan areas of Brazil and Mexico - you know - where poverty has been eliminated.

Besides empowering the Mayor with an extremely powerful voting block for the future what is the ultimate goal?

Well if the program is successful he hopes to translate the dollars from the private sector to the public sector - thus allowing those of us taking our children to the doctor, forcing our kids to go to school everyday, attending parent teacher conferences, and keeping our jobs - the rare and sublime opportunity to pay others to do the same.

And once the program is transferred to public funding (via tax increases) what do you suspect the likelihood of it ever disappearing would be?

So how will Bloomberg's vision provide these cash rewards for 14,000 persons/families? All added up that comes to $84 million, of which he has raised $43 million to date.

Interestingly enough I spent the majority of my Tuesday broadcast discussing this program. I took close to two dozen calls on-air, all of them inner-city blacks, from Brooklyn, Queens, and the Bronx. Several were single mothers, all of them described themselves as "financially struggling." Not one of them felt it was a good idea.

More importantly to a person they all felt insulted.

Liberals may not realize it - but good parents don't take their kids to the doctor because someone will cut them a check for $200. Good parents don't settle for 95% attendance and get crazy over the $50 that comes with it.

What I heard in call after call - especially from the single moms, was how hard they worked to get to parent/teacher conferences - because it was just good for their children.

Bloomberg's idea is similar to that of a crack cocaine dealer. You know the one who gives you the first snort for free.

Liberals loathe We The People and their contempt is showing in how they are governing, which is why we should relinquish that privilege from them as soon as possible.