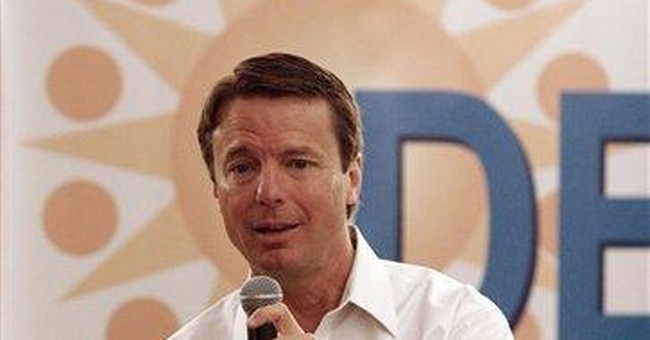 Liberals would prefer more people to experience poverty. Their actions demonstrate their massive desire to see more people unemployed, and under paid. One of their chief political goals is to cripple the chance for the impoverished from improving their lot in life and thus become even more dependent upon entitlements that only they (liberals) will dole out. Thus the greatest con in elective politics begins again.

It's called a "surcharge."

You and I would call it a tax increase. One more way and reason for the political class to take even more of the money that you and I slave for by slugging it 9 to 5 everyday.

In their funny little semantic sideshow this "surcharge" would be their answer to resolving the problem of the "alternative minimum tax." This year the "AMT" (another hostile attempt for elected leaders to pick-pocket us) will hit 23 million people. Some making as little as $50,000. The original idea of the AMT was to purposefully inflict pain upon 155 wealthy people a gazillion years ago. But it has never been adjusted for inflation - and you know liberals - they've never found a tax no matter how ill conceived that they've ever had a desire to do away with. So now the liberal congress is about to unload a ghastly holocaust of earnings redistribution on many working class families if the leadership in Congress doesn't take action to care for the AMT.

A 4.3% "surcharge" on "rich people." Particularly those who make $250,000 or more. And one important note - the plan, since it is a "surcharge," would be in addition to the tax rate you already paid last year.

Why they do it makes absolutely no sense - especially to the poor. The data speaks clearly to this matter. When you place uber-taxes on the rich you create higher unemployment, greater poverty, and most importantly for people like me who care about the poor - less money in the treasury to provide the important safety nets for those who truly need them.

When you do the opposite - you get an opposite result. Cutting the top marginal tax rates - particularly on the upper middle, and upper class tax brackets has a stimulus effect. Jobs are created, poverty turns into ownership, and the treasury takes in oodles of dollars.

The liberals' motivations, if impure, make perfect sense. If liberals are in charge of the public sector programs that people become dependent on for day to day living - then liberals can always campaign on the issues of "not taking food out of school children's tummies." Thinking people understand that while offering a hot lunch for a child at school is a wonderful thing for those children who need it. How much more wonderful would it be if that family grew their own economic ability to not be dependent upon the government issued lunches. A family that has the ability to send its own children to school with lunch boxes packed full of Mom's special goodies doesn't need liberals to force feed them the high-carb, mediocre nutrition that one can only get from government processed lasagna.

But Mom and Dad seeing Sally and Johnny off everyday fully independent of state aid - is bad political business for liberals. If liberals can't be the family's provider, then they won't be as likely to need such politicians in place and government might actually begin to address what is best for said family.

If you haven't noticed - this didn't used to be such a partisan issue. It was a Democrat who in fact first demonstrated the soundness of the fiscal propriety of reducing taxes and increasing revenues - John F. Kennedy. Ronald Reagan and George W. Bush followed in his steps and the results have always been the same. Each of them lowered, and in Reagan's case - greatly reduced, the top marginal rates - and the following year revenues poured into Washington in record numbers.

I know... some of you educated in public schools are scratching your head wondering, "How’d they do that?"

Follow the simplicity. Top marginal rates are reduced on the people earning the most - many of whom own businesses. Many of them take the savings and reinvest it - in business, in the market, in expansion, in additional services, franchises, or product lines. Every time they do they are giving work/employment to advisors, consultants, contractors, assembly line workers, systems analysts, and the list goes on. Many of those people have employees, or have to hire additional employees to complete the work that they are hired for. And every employee that they hire, earns a little more than they would have - had that company, small business, etc - not been able to grow.

And one other thing... all those employees pay taxes. (At least those who are here legally.)

Conservatives see the economic pie as something that is somewhat unlimited and can be grown and that when it is grown - people will actually pay MORE in taxes - but will do so off of greater earnings.

And the lesson of Kennedy, Reagan, and Bush confirm that it is true.

If liberals truly cared about helping people - especially the poor - they wouldn't try to thieve more tax dollars from the only sector of the tax base that can help grow the pie. Instead they would abolish the AMT all together, and give increased tax reduction incentives for those who would use their reductions to further expand their business ventures. They should also give the greatest incentives to those who could demonstrate that they had grown their employment base by more than 4% - since that is roughly the record low rate of unemployment we are now experiencing thanks to the "grow the pie" economy now in place.

As long as liberals will live they will attempt to take more of what does not belong to them, even if it means growing the rate of unemployment, seeing the number of Americans who live below the poverty line increase, and reduces the amount of dollars Washington can use to help those who truly do fall through the cracks.

Just remember - raising taxes lays people off, cause poverty to increase, and reduces the resources that are available for government to help those who are in desperate need. Reducing taxes increases jobs, moves people from poverty to ownership, and fills the federal coffers with help for those in need.

Can it be said any more plainly?