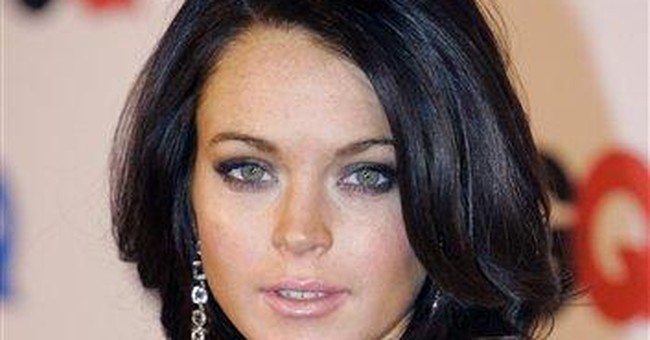 Feminist "mothers" are more than willing to expose their daughters to indecent and even dangerous elements. They will do so for no more of a reason than to simply make a buck. And in doing so they create an interesting comparison for traditional parents who want more than anything to simply spend time with their children. This is the ultimate debate between progressive vs. traditional values, and the children are begging for parents to get it right.

This last week amidst the many infamous pieces of audio to emerge in the headlines, none was more reviled than the voice-mail leaked by Kim Basinger to the gossip website TMZ. On it Alec Baldwin, father of their daughter Ireland, is heard expressing his frustration with the "system" that only allows him to be in contact with his daughter twice every seven days, and for no more than 30 minutes at a time. Alec has admitted that in doing so he crossed an inappropriate boundary and spoke things to his daughter that he shouldn't have. Baldwin has also apologized to his daughter, as well as to the public via "The View" on the Friday broadcast.

Women callers on my radio show reacted to Baldwin's outburst with compassion. It is easy to ascertain by listening to the recording that Baldwin is a father who is being manipulated in not being allowed to have full and normal access that God designed a father and daughter to enjoy. Divorce lawyers are like a damnable curse on society and in the Baldwin case seem to have succeeded on driving a complete wedge between father and daughter. Any decent person understands that parents say things they don't always mean but they also understand that good and decent fathers, "would chew their way through a concrete wall" to spend time with their kids.

The liberated feminists in our society see this as the ultimate victory. Eliminating men from the lives of children in their book is a very good thing.

Are feminists of any higher caliber when it comes to parenting and wanting what is best for their children? We are told they are, and the slimy divorce lawyer/judge system sees to it that the fix is in.

Another story hit the headlines this week but did not get the graphic portrayal of the Baldwin case on cable, radio, and gossip pages on the internet.

It was a small story about a split between actresses Lindsay Lohan and Keira Knightley. They had been working on a film together in London when Lohan, for unexplained reasons, quit the project. The film was to begin shooting in early May. It was also reported that Knightley's mother Sharman McDonald became furious at Lohan's exit. McDonald - Knightley's mother - had written the screenplay.

The hook that had been used to stir up interest in the project had been the fact that McDonald - Knightley's mother - had written into the script multiple love scenes, nude ones that involved Lohan and Knightley (her daughter.)

With Lohan exiting the scene the project would be delayed and thus it would cost more money to complete and the profit margins for those involved go down.

In the hundreds of media reports that carried the four paragraph story not a one of them drew attention to the idea that anything was out of the ordinary here.

Pardon me for not being so easily convinced.

In a week in which the majority of the world focused on a father's voice-mail, for no one to draw a conclusion concerning this story seemed at the very least completely hypocritical.

Here is a mother, who seeks for her own gain to put her daughter on screen, disrobed and in sexual engagement with another girl - for the pleasure of complete strangers. In other words, she's pimping her daughter, for the dirty minds of those who would pay money to see such projected on large screens.

Is that natural? Does such a desire - for money - ring true to the heart of traditional mothers and the purpose of motherhood?

While there were many feminist groups that took easy advantage of Baldwin's comments, not one has criticized McDonald. And wasn't part of the feminist movement supposed to be about stopping the exploitation of women for the prurient interests of men? What does it say when a feminist is the one doing the exploitation?

It is of no surprise that a new survey finds that young people now more than ever are experiencing a "deep yearning for traditional structures and values."

For some time the modern feminists of our society have done all they can to minimize the influence of men, assuage their own conscience for the break-up of their homes, and have turned to sexualizing their children. The simple mantra of impulse living (if it feels good do it) is taking its toll on those we love - our children. And we are charged with preparing them for life.

Perhaps then we could give our children what they truly yearn for!