"Why Liberals Revile the Risen Christ" 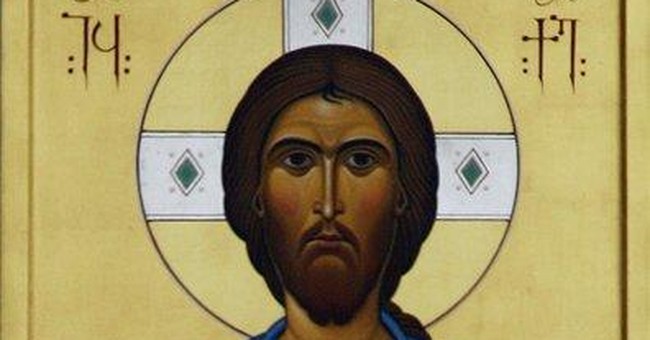 Liberals detest the historical fact that Jesus Christ arose from the dead.

In doing so they betray the fact, that while they may attempt to embrace the Son of God as an icon of compassion, they have little actual intellectually honest use for the message or meaning of what He represented while on the earth. This rejection, hate, and rebellion against God neither lessens His reality, nor justifies their actions, attitudes, and behaviors in this life.

The worldview of modern liberalism is dependent upon a central truth- that God is either nonexistent or irrelevant. His mere existence is a condemnation of their thinking, and His involvement in mankind's affairs guarantees their conviction in the court of absolute morality.

As a writer and broadcaster I have never been shy to point to my belief - not just in the God who created me, but also in His Son. In referring to His reality in my life liberals have wrongly presumed that I fancy myself speaking "for God," or "putting words in His mouth." I have been criticized for "pretending to know the mind and heart of God" more times than I can count. But such criticisms are misguided for the substance of the claims is false. I do not now, nor have ever presumed to speak on God's behalf. He does not now, nor has He ever needed my assistance to carry His message. No argument that I have ever put into print was ever based on my self-generated view of what God thinks.

Liberals never cared about the integrity of such claims to begin with. Ultimately their battle has never been with a single thing that I've written, spoken, or broadcast. Rather the struggles within their own conscience, soul, and experience are against the truth that my assumptions rest upon. Most notably that Jesus Christ was dead but is no longer.

If Jesus Christ had stayed buried, the issue of His divine nature would have ended with Him. Yet if he did in fact rise, if he did in fact defy death, and constitute a mockery of sin, Satan, and his fallen angels - then that miraculous act alone would command the attention of the human experience. As it should!

If Jesus Christ was able to do what no other being has ever done - then the argument over whether God exists is concluded, and if God exists then his mere existence demands not merely our attention but our obedience. And if our obedience draws us to belief in Christ's completed death, burial, and resurrection then we obtain permanent relationship with Him. This relationship then grants us life everlasting - and we in response should live our lives based on gratitude for God's gift of life to us.

Liberals dislike words like "obedience" they are only able to associate its meaning to something equivalent to slavery. Yet when you consider what obedience is designed to encourage it is anything but. Would a parent think it unreasonable for a child to obey their instruction when the child is reaching for the hot stove, about to dart out into oncoming traffic, or jump into a body of water without the skills to swim? That instruction is designed to protect, save, and even enhance the child's life. Instructing our children to "study hard, make good grades, and always be prepared to do your best" could in some sense be seen as "slavery to an outdated ideal" but in reality it enables that same child to achieve - sometimes more than even they believe they are capable.

Liberals will attempt to dispute the premise of my claims and refer to their own personal, deep, and life long admiration of Jesus as proof. This is exactly the type of utilitarian relationship godless liberals deceive themselves with. They will speak in glowing terms of how Jesus fed those who were hungry, but will ignore how he instructed those he fed to live righteously. With contempt in their voice they will remind you that Jesus loved the poor, but will ignore His guidance on stewardship and personal responsibility. Liberals will scream shouts of hypocrisy about Jesus' "love for creation" in their demands to drive smaller cars, but ignore His attribute of complete sovereignty which oversees the cycles and the seasons of not just this planet but of all the created solar systems.

Liberals will also insist most assuredly that Jesus would never reduce modern sexual freedoms to old fashioned ideas of morality. They would argue that he would have (and therefore we must) embrace "love for all of man's sexual expression." Yet they purposefully remain blinded to the fact that Jesus said to the adulterous woman who was drowning in "sexual expression" to "GO and sin no more."

If liberals have use for Jesus it is because of a distorted view of His compassion, which they perceive to be softness, and an obliviousness to His strength - which they now view as hateful.

Yet it need not be this way, for if the Son of God can endure temptation, be nailed to a cross, have his bones crushed and broken, be buried for three days -and still rise again, then truly is their any burden to heavy for Him to help you face?

We are called to obey the voice of His Holy Spirit, believe in Him, and be given a new life. As we do - it will impact how we think, the actions we commit to, and the behaviors we engage in. These changes threaten the belief system of liberals who are steadfastly committed to the muck and the mire they now live in. Sin and selfishness often cause blindness.

Liberals like to embrace a compassionate but dead Jesus, they also revile the holy and risen Christ. Both of which are unfortunate.

For in trusting the risen Savior, you can know that His sovereignty is your safety net, His instruction is for your benefit, and His guidance is your gift of grace.

Trending Townhall Video
Senate Republicans Highlight Biden's Many Failures in Just Two Years of His Presidency
Sarah Arnold
The Number of Hurricane Ian Rescues That Have Been Conducted in FL So Far
Julio Rosas
Jake Tapper Owns DCCC For Trying to Hide How They Promoted Republican House Candidate
Rebecca Downs
Did a Political Dispute Cause a North Dakota Man to Kill a Teen? Either Way, He's Now Charged With Murder.
Matt Vespa
Latest FiveThirtyEight Issues Survey Seeks to Tie 'Partisan' Issues Together to See If There's Common Ground