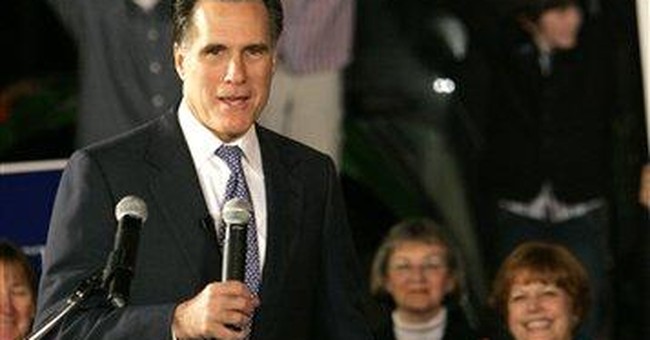 Despite the fact that some in both parties strongly disagree, I believe the twenty-one month campaign cycle needs to become the norm, not the exception, and that in doing so we might actually get to shape elections that truly matter.

When Karl Rove utters an opinion regarding political cycles the room usually goes all E.F. Hutton. But when he offered his opinion on 2008 recently, it seemed like nobody was listening.

"I think it is going to mean that people develop a persona earlier and wear out their welcome earlier than they would," he told The Politico in an interview. "I think there's going to come some point this year where people are going to basically be saying: 'I'm largely disinterested in the contest.' "

I'm not sure about the last part of his theory, it seems to me that the closer we get to the actual voting the natural ramp-up will be what it needs to be - fever pitch. But to the matter of candidates "wearing out their welcome," let me be the first to say, “I'm all for it.”

In my estimation for far too many election cycles the primary elections and the voter’s lack of involvement in them have given us some less than stellar choices for the general election. Every grassroots group in America should be out in the marketplace - TODAY – pushing, hounding, and stalking candidates on where they stand on every issue we can think of.

I'm personally tired of lending my permission to be led (my vote) to people that have only allowed us to see what they wanted us to see. It seems to me that if I am going to hire someone for a job as important as President - especially given the magnitude of the crises facing us today - I want to kick the tires a little bit to see how she holds together.

We should be asking, even expecting, to see these candidate be run through the ringer. Not because we're masochists and want to see them self-destruct, but because we have the right to know how they will handle stress, how they respond when they make mistakes, and what the tenor of their true operational value system is like (not just the platitudes they give us with carefully styled hair at staged events.)

The longer the courtship, the better chance we have to know that the person we elect will be more like the person that begged us for our vote.

After all it’s not like they're applying for a job at McDonalds.

They are asking our permission to run the biggest economy, strongest defense, and best trained military in the world. They are telling us - or they should be - how they are going to seal up the borders, fight terrorists and jihadists aggressively, and not waste the money I send them out of what I'm earning to care for my family with.

We have the right to see if the consistency of what they say over a long period of time stays parallel with the thinking of the framers of our Constitution - not to mention our Creator.

We have the right to know if they view some humans as less than humans. We need to be shown, when they promise compassion and care for the hurting, if they mean to help those who are hurting towards complete recovery, or if they intend to make them dependent upon their handouts as a way to increase their power base.

If character is the true measure of a person's leadership ability, then the candidates need to have a longer incubation so that under the heat lamps, we can take confidence that they make righteous decisions - not expedient ones.

In the election cycle of 2008 we've already seen cracks in the veneer.

When John Edwards hired two bloggers - whose idea of humor was to attempt to describe upstanding Bible-believing Christians as some sort of sexually repressed, deeply disturbed group of fornicators longing for incestuous relations - we learned that the candidate is not at all worried about associating with people who should not even be allowed to be around most people.

When Hillary Clinton screeches and squawks at Barack Obama for not jumping into the middle of an argument over her ability to tell the truth with David Geffen, we see that Hillary prefers to play the victim rather than lead through proactive confidence in her convictions.

And when John McCain declares it open warfare on men in the administration who had the courage to look 9/11 in the eye - and never blink, only to follow it up with a serenade about how Bush is ignoring "global warming," we see how anger and maverick insanity have all but cost him the nomination.

For the American voter, the individual who says to the Government - you have my permission to run the nation for now, it will never be about finding a candidate who is without flaws. Rather for "We the People" it is about the gritty, not-so-glamorous, way of handling those flaws, and more importantly responding to them that we need to see. And we need to see more of them - not less.

If we did - we might just see higher turnout in our state primary elections. As a result we might get more competitive races, more sharply refined debates, and a contest of ideas that truly deserve the attention of a great nation.

So keep these extended election cycles in place, those that enter the waters will know what they face, and "We the People" will have a better chance to make the best decision possible.

And that just may mean - less buyer's remorse!