Its your credibility, stupid! 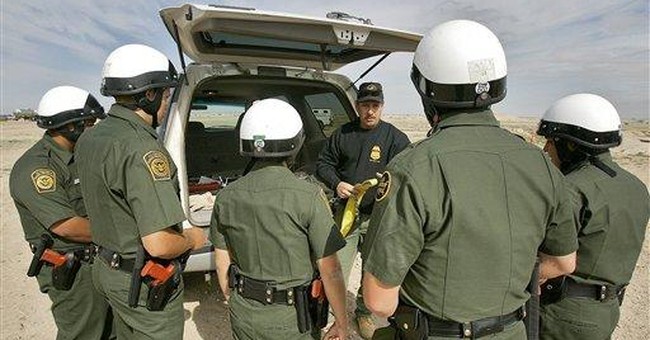 Members of the U.S. Senate seemed genuinely surprised that the American people so vehemently objected to the Senate Immigration Reform Bill. The reason was obvious – the Senate had no credibility whatsoever regarding the "enforcement" or "security" aspects of the bill.

The Senate could not, and cannot, produce one piece of evidence to demonstrate that they would EVER make good on their promise to ensure that the border is secured (at any level). The American people, however, can produce more than 700 miles of evidence demonstrating that the "security" aspects of the bill would never be implemented.

Attempting to pass such an important piece of legislation at light-speed and without the committee process also left doubt in the minds of the American people. When quizzed about a cost analysis of the bill, Senator Voinovich (R-OH) admitted that he had not read the bill he was supporting (in addition to admitting that he was not familiar with The Heritage Foundation’s cost analysis of the bill ($2.3 trillion)). How many other Senators had not yet read the bill they were supporting?

Apparently, the final nail in the Senate's credibility coffin was not enough. This Senate wanted an encore. Mere days after the announcement of the revival of the bill, a suspicious Senator DeMint (R-SC) discovered that even the $4.4 billion guaranteed by the Senate and the President the second time around was not really going to be used for the fence after all, but could be used (and thus would be used) to implement the amnesty provisions of the bill and not the security provisions of the bill. Senator DeMint's press release said that according to the Congressional Research Service report, "the mandatory spending in the bill could immediately be used for Z visas. It says, '(r)eceiving, processing, and adjudicating applications for the Z visa authorized by Title VI of the Act is one of the trigger mechanisms outlined in Section 1; this means that funding from the Immigration Security Account could be used for this purpose.'"

Too blind with power to recognize their own obvious lack of credibility, many members of the Senate immediately moved to blame … talk radio. Its your credibility, stupid!