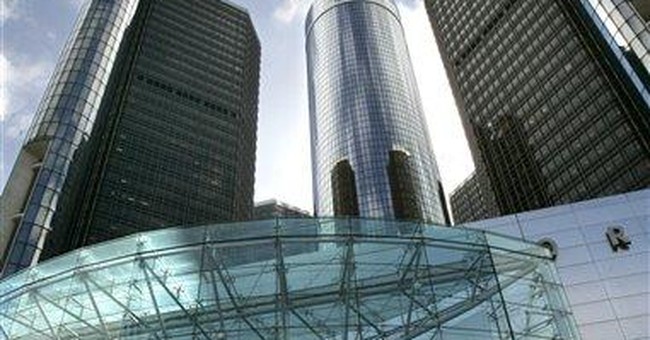 President Obama announced his willingness Monday to pour billions more into American automakers, using the 2008 bailout legislation. On Sunday, conservative intellectual George Will wrote in the Washington Post that the legislation is unconstitutional. However, Will suggests a cure that may be worse than the disease, promoting the far-left position that courts should intervene.

Last year Congress passed a $700 billion bailout for financial companies. Then, when Congress later rejected a bailout for automakers, President Bush spent billions anyway, reversing his earlier position that the first bailout law didn’t authorize such spending and that new legislation was required. Now President Obama is multiplying President Bush’s actions by an order of magnitude, spending trillions of dollars. And the car companies will get another multi-billion dollar subsidy from taxpayers.

George Will—a towering intellect (Ph.D. Princeton) but one without a law degree—argues that the original legislation is unconstitutional because it violates the nondelegation doctrine. The bailout may be unconstitutional, but George Will’s suggestion could take us out of the frying pan and into the fire.

First, nondelegation doctrine states that Article I of the Constitution assigns lawmaking power to Congress, and forbids delegating it to the executive branch. But courts are extremely deferential regarding this question. The courts merely require some sort of “intelligible principle” embodied in the legislation, and will bend over backwards trying to find one. This is because Congress must often give some level of flexibility to the executive in how to implement a law. A line must be drawn, and the question is simply where to draw it. Consequently, the Supreme Court has only struck down two laws in history for violating this doctrine (both in the 1930s) and upheld many laws that appear as vague as the bailout legislation.

Will’s strongest argument is that money going to automakers violates nondelegation. The previous administration originally admitted that such a use of the funds was beyond the statute’s scope. Although courts could infer an intelligible principle from the events leading to the bank bailout, no one can suggest that Congress intended this money to go to Detroit. So a law vague enough to allow billions to be spent on automakers could be unconstitutional because it shows the statute lacked any meaningful directions.

Alternatively, if the automaker bailouts are outside the statute’s scope, then both Bush and Obama are spending money that has not been appropriated by Congress. This would clearly violate Article I, Section 9 of the Constitution.

But George Will’s solution might be even more dangerous than the problem. The same Constitution that is possibly violated by this federal statute might also be violated by Will’s idea. Even if he’s right that the 2008 law violates Article I, his suggestion could violate Article III, because it’s likely no plaintiff has standing to bring suit.

Article III only permits courts to hear cases where plaintiffs have standing, suffering a concrete injury different from the general public. In 1923 the Court held that being a taxpayer does not grant standing to challenge government spending. The only exception is for cases involving establishment of religion, an exception created by the liberal Warren Court in 1968. The general prohibition on taxpayer standing inhibits judicial activism, and the judicial abuses perpetrated in many Establishment Clause cases prove how valuable the general prohibition is. Liberal judges love to relax standing rules, and many judicial activist decisions wouldn’t happen otherwise.

Allowing bailout lawsuits could require relaxing the general rule further, clogging the courts with lawsuits every time the government spends money. Although this might stop some wasteful spending, it could also open a Pandora’s Box, creating a massive role for courts to rewrite social and economic policy. The outcome could be disastrous, and would disproportionately result in judicial activist rulings promoting a liberal agenda.