The Economics of Abortion 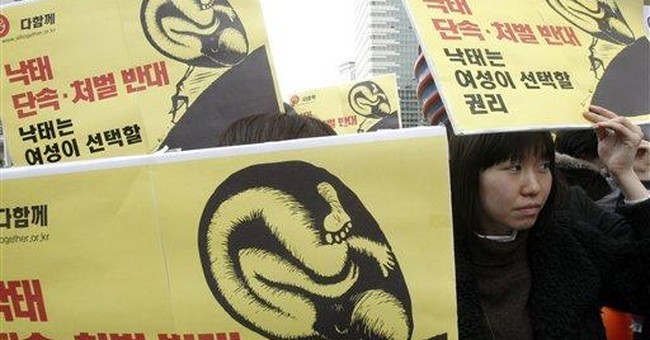 “We are bound by an inescapable garment of mutuality: Whatever affects one directly, affects all indirectly.” -Dr. Martin Luther King, Jr., Letter from the Birmingham Jail, 1962

After the American colonists’ petition to King George III for political representation in Parliament was rejected, Thomas Jefferson drafted a declaration of independence from England that will forever be celebrated for its proclamation that all men are created equal and endowed by their Creator with certain unalienable rights, key among which are life, liberty, and the pursuit of happiness. For over two centuries this declaration has formed the bedrock of America’s consciousness. The Declaration is not merely an assertion of political independence, it is a testament to humanity’s divine inheritance: We are created beings, each of whom bears the likeness of our Maker. Our dignity as human beings cannot be separated from this likeness; indeed, it is the very source of it. The truth of this testament has prevailed despite many shameful episodes in our nation’s history in which we allowed hatred, bigotry, fear, and ignorance to drown out the pricks of a guilty conscience. Sadly, it appears that American society has once again arrived at a moment in which we are daily finding new ways to deny the blessings and obligations of our divine inheritance.

As the final showdown over health care reform unfolded over the past two weeks, Representative Bart Stupak – one of 12 Democrats in the House that had pledged to vote against the health care bill unless major changes to the abortion provision language were made – is reporting that one of the reasons Democrats are pushing for federal funding of abortion is that they view it as a cost-cutting measure. More abortions result in fewer children, which translates into lower health care costs for all. In an interview with National Review Online, Stupak expressed bewilderment and dismay over his colleagues’ calculated position on abortion:

“If you pass the Stupak amendment, more children will be born, and therefore it will cost us millions more. That’s one of the arguments I’ve been hearing. . . . Money is their hang-up. Is this how we now value life in America? If money is the issue – come on, we can find room in the budget. This is life we’re talking about.”

When put in those terms, Stupak’s argument seems pretty cut and dry. Who, after all, would knowingly encourage women to kill their children as a means of saving a few bucks? Only a monster would do such a thing! A monster, or maybe your congressman? If what Rep. Stupak says is true and the real motive behind the Democrats’ vigorous defense of a woman’s “right” to abortion is economic rather than humanitarian (as they would have us believe), then our society is facing much greater troubles than how best to reform our health care system.

The worldview that would allow one to pursue state-funded abortion as a means of fiscal prudence is about as abominable as that which defended the continuation of slavery for the sake of the cotton, tobacco, and rice industries. Today, as then, persons of power and influence are working to deny basic human rights to a defenseless and politically impotent segment of the population. Unborn children, after all, can’t vote, so there’s no harm in pursuing policies sure to result in their destruction.

Americans would do well to consider the consequences of embracing political leaders who view certain segments of society as disposable. The genocidal horrors of the 20th century tell us all we need to know on that subject. The perverted ethics that justified Hitler’s “Final Solution” are the same as those that allow today’s liberated woman to celebrate her “right” to chemically or mechanically eliminate the parasitical “condition” of pregnancy.

If our society chooses to embrace the notion that the unborn only matter when they are wanted (and affordable), it is only a matter of time before we allow ourselves to be persuaded that the human rights of infants, the disabled, the elderly, the poor, the unproductive, or even the unemployed are similarly mutable. This way of looking at our fellow humans – no matter how cleverly disguised by the rhetoric of “rights” or “dignity” – is evidence of a poisonous and depraved state of mind; it is the very embodiment of St. Augustine’s disordered soul, which rejects the pursuit of God and His Truth in favor of its own perverted priorities and desires.

Thomas Jefferson recognized the critical relationship between liberty and worldview. He and the other Founding Fathers recognized at the very beginning of the American experiment that for the new nation to flourish would require that our people recognize that the source of their liberty is God, not government. We must not, in the name of “affordable health care for all” or any other political enticement, forsake the foundational principle upon which our liberty and our dignity rests.