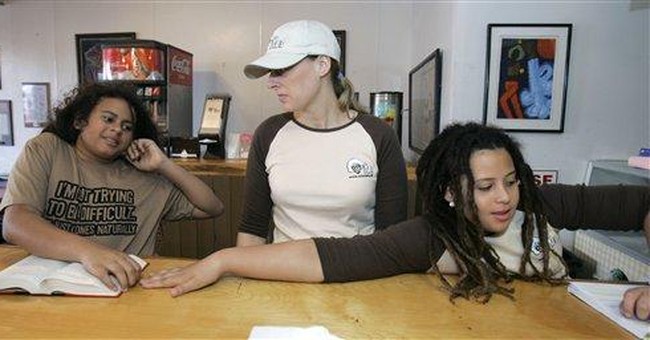 When it comes to getting a good education, apparently, there's no place like home.

When homeschooling first came into prominence in the late 1980’s many viewed it with skepticism, but it has proved itself over and over the past two decades.

In a 1997 study, Strengths of Their Own, Dr. Brian Ray examined a sample of over 5,402 homeschooled students.  On average, they scored 30 to 37 percentile points higher than the average public school student in all subjects.

A separate test done in 1991 by the Home School Legal Defense Association in conjunction with the Psychological Corporation found that a sampling of 5,124 homeschooled students across all grades scored 18 to 28 percentile points higher on the Stanford Achievement Test than the average public school student.

Finally, the 7,858 students who declared themselves to be homeschooled on the 2004 ACT scored an average of 1.7 points higher, on a scale of 1-32, than the national average.

The academic success of homeschooled students is impressive and, no doubt, attributable to the hard work these students put into their education; but the hard work put in by their parents (many of whom do not even hold a bachelor's degree) is equally impressive.  Parental involvement is key and appears to outweigh factors such as race and government regulation on one's education at home.

The success of homeschooling is breaking down the cultural barriers that once restricted the efforts of parents to educate their own children.  Most people now have a friend or relative who teaches their children at home.  The number of homeschoolers in the United States is currently estimated at over 2,000,000 and growing.  The reasons parents choose to homeschool are varied, but they generally center on the belief that they can provide their children with a better academic education, a safer environment, or a stronger set of moral values.

One of the most commonly-raised objections to homeschooling is that children who are homeschooled will not have opportunities for socialization.  This objection, however, is contradicted by the facts. Homeschooled students tend to be very involved in a myriad of activities (including community service, service in their church, sports programs, and groups such as the Boy Scouts and 4-H).  Moreover, studies show that adults who have been homeschooled are more likely to participate in community service, vote, and succeed in college.  Dr. Gary Knowles at the University of Michigan polled a sampling of adults who were homeschooled and found that 94% said that their education "prepared them to be independent persons," and 79% said that "it helped them interact with individuals from different levels of society."

Of course, homeschooling is not for everyone.  Many parents will not feel that they are able to provide their children with an adequate education at home, and others may not have the financial means to homeschool their children.  Additionally, students who are taught by parents without college degrees score significantly lower than those who are taught by one or more parents with a college education, and those in the lowest income brackets score lower than those in the middle class (although the average student in each of these groups scores higher than the national average on standardized tests).

Nevertheless, it is a great testament to the parents of homeschoolers that so many of them are willing to sacrifice their time and treasure to ensure that their children receive a high level of education, a proper sense of civic responsibility, and a sound set of moral values to prepare them for adulthood.  America has benefited and will continue to benefit from their hard work and sacrifice.

At the same time, the success of homeschoolers is made possible in large measure because of the freedoms we enjoy in our democratic society.  The freedom of parents to teach their children at home (a freedom not granted in many other countries) has produced a smarter, more civic-minded generation of young people.

In a day when many adults define themselves in terms of their "job" or "career," the number of mothers and fathers who are willing to sacrifice both to ensure the quality of their children's education is impressive.  Many of these parents will have a more positive impact on our country than a host of the most successful business people and politicians.

Abraham Lincoln reportedly said, "The philosophy of the school room in one generation is the philosophy of government in the next."  If that's true, let’s hope that in the future our government will be populated with plenty of homeschool grads.