Big Bang on the Bayou 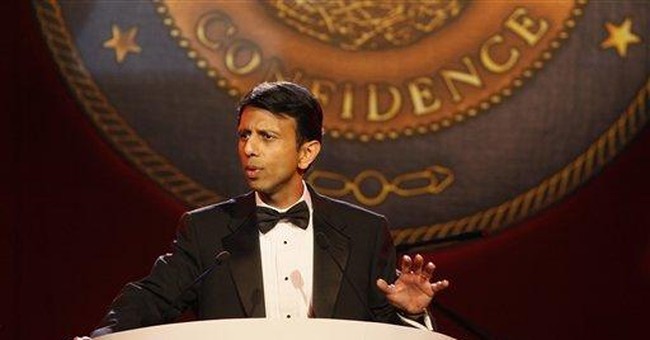 Secularists have exploded over the passage of the "Louisiana Science and Education Act". The Act was recently signed into law by Governor Bobby Jindal after having been passed by an overwhelming majority of the Louisiana legislature. The Act protects the freedom of "teachers, principals, and other school administrators" in elementary and secondary schools to promote "critical thinking skills, logical analysis, and open and objective discussion of a variety of scientific theories including, but not limited to, evolution, the origins of life, global warming, and human cloning."

In other words, the act provides for the freedom and support of teachers and school boards to present varied analyses on these and other scientific issues. So why are the denizens of blogs like the Huffington Post in such a huff? Because "science" is their "truth," and it is blasphemous to question their beliefs.

Secularists are unwilling to have their orthodoxy challenged. Just as Galileo had to fight against the church and government of his day, those who dare to question today's "settled" theories are banished by scientific and political Inquisitors. The implications of being wrong are too much to fathom; therefore, the secularist worldview must go unchallenged.

Academic freedom and the pursuit of scientific knowledge are laudable goals and are often parroted by secularists in defense of their pursuits. But, when those pursuits veer from politically correct orthodoxy into the exploration of a differing opinion or analysis, secularists will not reciprocate that freedom. Their usual response is not to critique the substance of the opposing opinion or analysis, but to transmute any opposition out of the realm of science and into religion. Thus, any analysis that calls into question any aspect (no matter how small) of the theory of evolution becomes an educational and/or constitutional crisis.

The blog Little Green Footballs raises a typical response to the Louisiana law by referring to it as a "creationist bill" that will make "American educational standards take a huge step backward." In following the secular script, the author dutifully transmutes the issue and predictably warns of impending educational doom. One would think that "logical analysis" and "open and objective discussion" when applied to any subject matter would enhance educational standards. Not this author. The only step possible is backward so, therefore, we must stand still.

Editors of the New York Times join in the fray by calling the law "Louisiana's latest assault on Darwin." The New York Times goes as far as to state that the "critical thinking" and "objective analysis", which the law promotes but does not require, will have a "pernicious effect" on the theory of evolution by "implying that evolution is only weakly supported and that there are valid competing scientific theories when there are not." Why are the editors at the Times so sure that critical thinking and objective analysis will have a pernicious effect on evolution's claims? If there are no valid competing claims, wouldn't rigorous scrutiny reinforce that conclusion? If the editors are so sure of themselves, what are they so afraid of?

The Louisiana Science and Education Act clearly states that it "shall not be construed to promote any religious doctrine" or "promote discrimination for or against a particular set of religious beliefs." Moreover, the act includes an added check by giving the State Board of Elementary and Secondary Education the authority to prohibit any supplemental materials they do not deem fit for the proper education of the state's students. But these safeguards, no doubt included in an attempt to allay the hysteria of the hysterical, are of no matter. Secularists see any contrary hypotheses to their coveted issues as a direct threat to science itself. Somehow, in the minds of the so-called enlightened, allowing for the presentation and critique of differing views is unscientific (not to mention their fears that it could bring into dispute things they claim are "indisputable").

The conflict over Louisiana's new law is just another battle in the war over the truth and who gets to control it. In Galileo's day, the Church reigned supreme. Today, it's the anti-Church. But a funny thing about the truth is that no one can control it because sooner or later it reveals itself. No matter how many times Al Gore says the "science is settled," more information arrives to unsettle things. Even Albert Einstein, a celebrated secularist, was not afraid of what the truth might be. He declared, "By academic freedom I understand the right to search for truth and to publish and teach what one holds to be true. This right implies also a duty: one must not conceal any part of what one has recognized to be true. It is evident that any restriction on academic freedom acts in such a way as to hamper the dissemination of knowledge among the people and thereby impedes national judgment and action."

Secularists maintain that they put their faith in science. If so, one wonders why they resort to demagoguery to defend their so-called scientific positions. Undoubtedly, it is because they fear what "critical thinking," "logical analysis," and "open and objective discussion" might reveal.