'If We Don't Cheat, We Can't Compete': Morality and the Marketplace 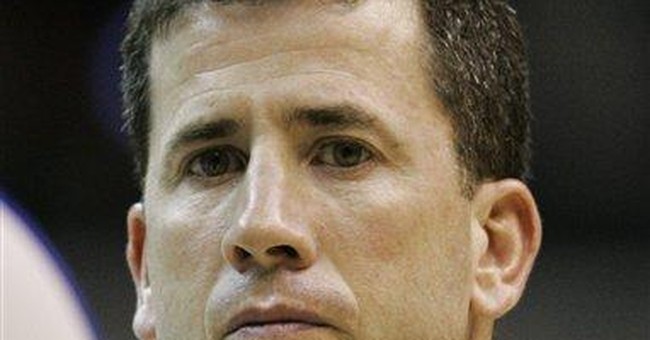 Is this the new credo of American business? One wonders after listening to the whining of some in the business community who insist that they can't compete in the marketplace unless they can avail themselves of the cheap labor of illegal aliens. Then there are the prohibited "protection payments" paid by Chiquita Banana to Columbian drug lords to ensure that business runs smoothly in the Southern hemisphere. And, of course, there are bribes paid to some of Capitol Hill's finest to ensure that the payors thereof are recipients of the government's largesse, thereby improving their "market share" of your tax dollars.

And who can forget the likes of Bernie Ebbers, Jeff Skilling and Ken Lay-moguls who made millions through deception and duplicity while ordinary Americans lost their shirts buying stock in companies like WorldCom and Enron. The motive-greed. The means-banks, accountants and lawyers who knowingly and willfully cooked up sham transactions to make it appear that the high flying, publicly traded companies appeared fiscally sound when, in reality, they were on the ropes financially. Everybody cooks the books-right? That's what it takes to compete in the arena we call Wall Street. So they say.

The effects of the loss of honesty and integrity in the marketplace were painfully obvious to me this week when I had occasion to appear at a press conference in Washington D.C. with victims of the Enron scandal. Their stories were heartbreaking. I watched as Charles Prestwood, an Enron retiree, explained with trembling lips how he lost all of his retirement savings-$1 million-when he was locked out of his account as his Enron stock crashed. George Maddox, a 74 year old retiree who worked for Enron and its predecessor for 30 years, lost his entire life savings when Enron imploded. Others told similar stories. Their plans for retirement were dashed, as were the dreams of thousands of others, when the truth about Enron was revealed. The strain of their ordeal was written on the faces of these men and their wives.

The victims of this scheme came to Washington this week seeking justice. They sued Enron to recover their losses, but you know the old saw, "You can't get blood out of a turnip." When they sued the bankers, accountants and lawyers who were enablers of the scheme, they were victimized by the courts. Their case was thrown out on a legal technicality. A federal court of appeals ruled that they couldn't collect from those who merely aided, abetted and enabled the scheme. They could only recover from the "primary" actors, even though there was nothing left to recover. Never mind that it appears from the pre-trial testimony of Andrew Fastow, former CFO of Enron, that the "collateral" defendants didn't merely drive the get-away car; some appear to have actually masterminded the scheme.

In the aftermath of all this, the Securities and Exchange Commission asked the Bush Administration to file a "friend of the court" brief in a related case soon to be heard in the Supreme Court. That case involves similar issues and will determine the viability of the Enron victims' claims. The SEC wanted Mr. Bush to come down on the side of the investors. Astonishingly, however, the Solicitor General declined to file the requested brief. It seems that the Treasury Secretary, Henry M. Paulson, Jr., a former investment banker (can you say "conflict of interest"), appealed to Mr. Bush to forbear the filing of such a brief, because "scheme liability" for investment bankers and the like could impair their competitiveness in the marketplace. The Enron victims are now worried that Mr. Bush will weigh in on the side of the alleged perpetrators of the scheme (can you say "campaign contributions"). If he does, you can expect the President's already low approval ratings to plummet faster than the Dow Jones Industrial Average in the aftermath of the Enron revelations.

Dishonest business practices don't just hurt those on the receiving end of the scheme. Victor Thompson, President of Bulwark Capital Corporation and former head of the Global Fixed Income Group at State Street Global Advisors in Boston, has rightly pointed out in his article "Ethics in Business Leads to Prosperity"

Ethical conduct attracts capital, and capital allows for wealth-producing investment. In the global economy, capital is mobile and risk is priced. As investors perceive more risk of being cheated, they will charge more for others to use their capital and likely offer less of it. Therefore, investors have good reason to seek out countries with less corruption.

If American businesses are seen as corrupt, that will adversely affect our nation's ability to attract capital. That, in turn, will blunt our ability to compete in the global marketplace. America simply cannot maintain its position of economic preeminence in the global economy if investors can't trust America's businesses. Every business suffers when we fail to take seriously the corruption of a few.

President Bush, in the past, has understood the importance of accountability and honesty in business. In a Wall Street speech, the President said to America's business leaders, "You need to show the world that American businesses are a model of transparency and good corporate governance." In his 2002 State of the Union address, he said, "corporate America must be made accountable to employees and shareholders and held to the highest standards of conduct." Sadly, some in the Bush administration now seem to take a different view. That view should not prevail.

In 1530 Martin Luther admonished his congregants in a sermon, "Everyone should conduct his trade, craft and business in such a way that he overcharges no one, cheats no one with false wares, is satisfied with a fair profit, and gives people something worthwhile for their penny." Luther's admonition is still good advice in the 21st Century. America's CEO's would do well to heed his words, and President Bush will do well to reflect on them as he ponders the course he will take in the Supreme Court.

A just society understands and affirms the importance of accountability and responsibility. The two run hand in hand. If we fail to hold wrongdoers accountable for the consequences of their actions, their wrongdoing will increase. Wrongdoers should be fully accountable for compensating their innocent victims for the damages suffered as a consequence of their wrongdoing. Absent such accountability, America and the world will lose confidence in America's markets and our preeminent role in the world economy will pass to someone else.