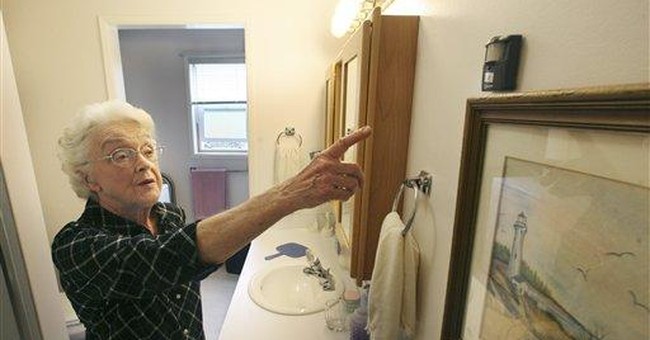 Many in the pro-life movement become uneasy when political candidates, responding to questions about their position on abortion, start talking about the need for a "consistent life ethic. " Such a response often seems to be an attempt on the candidate's part to avoid talking directly about the evil of abortion and to segue to other, more comfortable, topics. But, who can seriously deny that those advocating for a culture of life should be consistent? Goodness knows there are plenty of ways in which the right to life and the dignity of human beings can be violated after they are born.

While many pro-life advocates are active in protecting life at its earliest stages, few are aware of the assaults that are perpetrated on the sanctity of life in long term care institutions in America. As a lawyer who handles cases involving nursing home abuse, I see examples of unthinkable abuse suffered by the elderly every day. I've seen old people who suffered from avoidable pressure sores as big as pie plates, and infections that were so foul you could smell the stench down the hall. I've looked at the gaunt faces and bodies of residents who suffered from malnutrition and dehydration.

Because of deliberate short-staffing, many of my clients were left to languish in urine for so long that it dried in brown rings in their beds and in feces for so long that it dried hard to their skin. They often went for days without baths. Despite their repeated cries for help, they were frequently left unattended and their call lights went unanswered. Some in need of assistance tried to get out of bed to avoid soiling themselves, but because of their unsteady gait, they fell and suffered fractures of their brittle bones. I've had elderly clients who endured beatings and sexual assaults in their rooms. Some were warehoused in roach infested facilities that had maggots in the mattresses and a urine odor so strong you could smell it from the parking lot.

If this sort of neglect and abuse were happening to prisoners at Guantánamo, there would be no end to the media outcry. If it happened in day care centers, politicians would immediately demand answers and reform. Yet although these kinds of incidents happen regularly in nursing homes across America, few people know about it, and fewer still seem to care. Many simply dismiss the growing problem because they buy into the lie that such suffering is the inevitable consequence of old age and ill health. Old age certainly brings with it many challenges, but heartbreaking neglect and criminal abuse should not be among them. Human dignity and compassion demand that we honor our mothers and fathers as their age advances and their health becomes frail; instead, all too often our society "warehouses" the elderly in cold, depressing nursing homes. Out of sight, out of mind.

America's elderly are facing a "perfect storm" of societal pressures that will compound these problems. First, our culture has adopted a "disposable-man" ethic that rates people on a sliding "quality of life" scale to determine whether they are worthy of life. Those who rate poorly on this scale, including the unborn, the handicapped, and the aged, frequently find themselves at significant risk of attacks on their dignity.

Second, as noted by Leon Kass and Eric Cohen, demographic changes are leading to the graying of America and a "mass geriatric society". Because Baby Boomers have fewer children than previous generations, as the Boomers retire there will soon be a huge population of elderly people in need of long term care, with few young people to take care of them. Third, elderly men and women are increasingly being seen as economic burdens who consume more than they produce. With entitlement expenditures rising and revenues falling, who will be willing to sacrifice for the long term care needs of an ever burgeoning elderly population?

As this Senior Tsunami sweeps across America, many families will be looking for easier ways to take care of their declining parents. Its hard to care for a loved one at home when husbands and wives are both employed and live hundreds of miles away from their parents. Additionally, divorce and remarriage often lead to confusing and conflicting loyalties that make the strain of caring for aging parents all the more problematic. The increasingly popular (and unsatisfactory) solution is to institutionalize the older generations in nursing homes.

Last year, Consumer Reports did a study that found that poor care in nursing homes is common, and that few nursing homes are taking significant steps to improve their care. Elderly men and women are especially at risk in "for-profit" nursing homes when compared to "not-for-profit" alternatives. For-profit homes are often operated solely with the bottom line in mind. As the Consumer Reports study found, these institutions appear all too willing to skimp on care so long as it leads to more profit. One of the most chronic problems is short staffing. Hiring a sufficient number of nurses and aides is expensive; many nursing homes increase profits by shorting staff, leaving their residents languishing for hours without attention or assistance.

As a nation, we need to be looking for alternatives to institutional care of the elderly. We simply must provide incentives and opportunities for in-home care, respite care, and adult day care. A wide panoply of alternatives must be on the table for consideration. Doubtless, there will always be a need for nursing homes, but they should be viewed as a last resort, not a first response.

In the meantime, regulators of nursing homes must become more aggressive in their enforcement of rules and regulations designed to protect residents. The Consumer Reports study found that, all too often, state regulators do not aggressively sanction facilities that violate residents' rights. The nursing home industry has become a powerful political player at the state level. Their investment in political campaigns is paying dividends.

Americans must face up to the fact that members of the Greatest Generation, who survived Nazi machine gunfire on D-Day and who spilled blood scaling the cliffs of Pointe du Hoc, are now finding themselves suffering from abuse and neglect here at home that would have been scandalous in POW camps abroad. This must not stand!

Pro-life Americans, who have set up a network of crisis pregnancy centers across the country, must come together to set up a similar network to ensure that our elderly are accorded appropriate medical care and dignity and respect in their final days. Senior support networks that assist elderly residents and their families should exist in every community.

The church must find its voice and speak out against the injuries and indignities suffered by our frail elderly. If the character of a culture is measured by the way it treats its most vulnerable members, what does the epidemic of abuse and neglect of our elders say about our society? A culture of life should extend dignity, compassion and care to those who are at the end of their lives, no less so than to those who are at the beginning. Until we do, we cannot be said to have embraced a consistent life ethic.