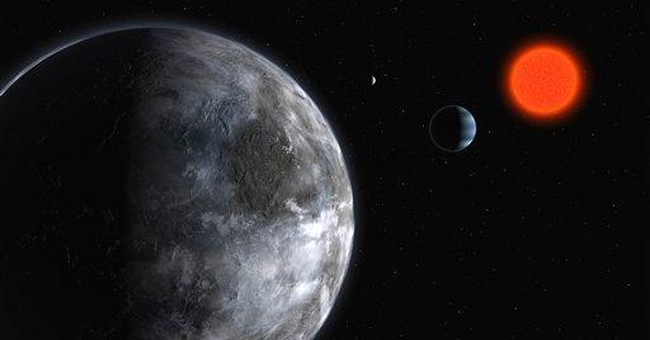 "There is evidence for intelligent design in the universe." This does not seem like an especially radical statement; many people believe that God has revealed himself through creation. Such beliefs, however, do not conform to politically correct notions in academia, as Professor Guillermo Gonzalez is learning the hard way. An astronomer at Iowa State University, Professor Gonzalez was recently denied tenure—despite his stellar academic record—and it is increasingly clear he was rejected for one reason: He wrote a book entitled The Privileged Planet which showed that there is evidence for design in the universe.& nbsp; Dr. Gonzalez's case has truly distressing implications for academic freedom in colleges and universities across the country, especially in science departments.

Dr. Gonzalez, who fled from Cuba to America as a child, earned his PhD in astronomy from the University of Washington. By academic standards, Dr. Gonzalez has had a remarkable career. Though still a young man, he has already authored sixty-eight peer-reviewed scientific papers. These papers have been featured in some of the world's most respected scientific journals, including Science and Nature. Dr. Gonzalez has also co-authored a college-level text book entitled Observational Astronomy, which was published by Cambridge Press.

According to the written requirements for tenure at the Iowa State University, a prospective candidate is required to have published at least fifteen peer-reviewed scientific papers. With sixty-eight papers to his name, Dr. Gonzalez has already exceeded that requirement by 350%. Ninety-one percent of professors who applied for tenure at Iowa State University this year were successful, implying that there has to be something seriously wrong with a candidate before they are rejected.

What's wrong with Dr. Gonzalez? So far as anyone can tell, this rejection had little to do with his scientific research, and everything to do with the fact that Dr. Gonzalez believes the scientific evidence points to the idea of an intelligent designer. In fact, as World Magazine has reported, at least two scientists in the Physics and Astronomy Department at the Iowa State University have admitted that intelligent design played a role in their decision. This despite the fact that Dr. Gonzalez does not teach intelligent design in any of his classes, and that none of his peer-reviewed papers deal with the subject. Nevertheless, simply because Gonzalez holds the view that there is intelligence behind the universe, and has written a book presenting scientific evidence for this fact, he is considered unsuitable at Iowa State.

What is the state of academic freedom when well qualified candidates are rejected simply because they see God's fingerprints on the cosmos? Isn't the Academy supposed to be a venue for diverse views? Aren't universities supposed to foster an atmosphere that allows for robust discussion and freedom of thought? Dr. Gonzalez's fate suggests that anyone who deigns to challenge conventional orthodoxy is not welcome in the club.

In the future, will scientists who are up for tenure be forced to deny that God could have played any role in the creation or design of the universe? Will Bible-believing astronomers be forced to repudiate Psalm 19, which begins, "The heavens declare the glory of God; the skies proclaim the work of his hands"? Will faithful Catholics be required to reject the teaching of Vatican I, which said that God "can be known with certainty from the consideration of created things, by the natural power of human reason..." Just where will this witch hunt lead?

The amazing fact is that, even as many science departments are working overtime to forbid professors from positing that there is evidence for intelligent design in the universe, more and more scientists are coming to this conclusion. The Discovery Institute has compiled a list of over seven-hundred scientists who signed the following statement: "We are skeptical of claims for the ability of random mutation and natural selection to account for the complexity of life. Careful examination of the evidence for Darwinian theory should be encouraged." The list of scientists who find good reason to doubt the strictly materialistic Darwinism that is currently scientific orthodoxy is growing every day.

It seems that many scientists and academicians who hold views contrary to Dr. Gonzalez have concluded that the best way to avoid debate about the evidence for intelligent design is to simply deny jobs to those who will not affirm their atheistic worldview. The fact that these scientists, who are supposedly open to following the evidence wherever it leads, have resorted to blatant discrimination to avoid having this conversation speaks volumes about the weakness of their position. They realize their arguments are not sufficient to defeat the intelligent design movement and they must, therefore, shut their opponents out of the conversation. All the evidence suggests that it is unjust that Dr. Gonzalez was denied tenure and that this ruling should be overturned on appeal. Nevertheless, what happened to Dr. Gonzalez is a reflection of the growing strength of the intelligent design movement, not its weakness.