The Kennedy Catastrophe: Banishing Religion from the Public Square 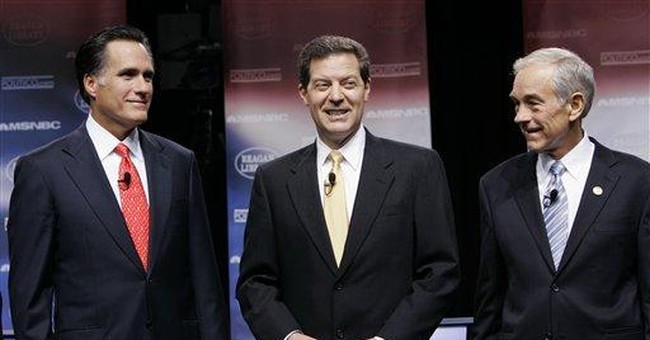 For quite some time in America, frank public discussions about candidates' religious views have been deemed verboten. The trend began in 1960, when John F. Kennedy found that his Catholic faith was proving to be a liability with Protestant voters. Kennedy was the first Roman Catholic to run for president since Al Smith's landslide defeat in the 1920s, and throughout the campaign he met significant resistance from detractors who were deeply suspicious of the Catholic faith. Hundreds of anti-Catholic tracts were sent to millions of homes across America discouraging voters from supporting Kennedy. Many refused to vote for the young Senator from Massachusetts because they did not agree with his religious beliefs, and this created a crisis for the campaign.

In response to this crisis, Kennedy delivered a famous speech to hundreds of Protestant pastors at the Greater Houston Ministerial Association. In this speech, Kennedy essentially said that his faith would have no affect on his decision-making. For Kennedy, religion was a "private affair" that should not influence a president. At one point Kennedy said, "I believe in an America where the separation of church and state is absolute – where no Catholic prelate would tell the President (should he be Catholic) how to act, and no Protestant minister would tell his parishioners for whom to vote..." Kennedy then went on to say:

I do not speak for my Church on public matters – and the Church does not speak for me. Whatever issue may come before me as President – on birth control, divorce, censorship, gambling, or any other subject – I will make my decision in accordance with these views, in accordance with what my conscience tells me to be in the national interest, and without regard to outside religious pressures or dictates. And no power or threat of punishment could cause me to decide otherwise.

In trying to alleviate the fears of many voters that to elect a Catholic as president would put America under the Pope's control, Kennedy forcefully distanced himself from his church. He essentially said he was Catholic, but that voters should not worry. Kennedy claimed that he would not be influenced by church teachings on a variety of issues, and that he would follow his own conscience instead. What JFK did not explain is why anyone should trust his conscience any more than the church's.

In the decades since Kennedy's famous speech, radical separation of church and state has become the prevailing model for many in America. Candidates are eager to suggest that they are personally religious, but at the same time that their religion won't play any role in their governance. Faith is placed in a watertight box and put off to the side. There have, of course, been notable exceptions, such as Jimmy Carter, who declared that he was "born again", and George W. Bush, who has been roundly criticized for acknowledging Jesus Christ as the most influential person in his life and for "wearing his faith on his sleeve".

Nevertheless, this radical separationist thinking has led directly to what Richard John Neuhaus has called "the naked public square." Colleen Caroll Campbell describes the naked public square as "a sanitized space where political arguments are unwelcome if they spring from religious conviction, appeals to once self-evident truths are neither embraced nor challenged but reflexively dismissed as mere opinion, and debates about life's most fundamental questions are ruled out of bounds before they can begin. In the naked public square, the division between faith and reason, God and man, private truth and the public ethic is absolute and impermeable."

In other words, the naked public square prevents political leaders from discussing life's most important questions in public. The answers to questions like "What is your view of God?" and "What do you perceive to be the nature of man and the meaning of life?" cannot help but have an impact on one's political outlook. It is silly to suggest otherwise. Ideas do, after all, have consequences. But because such questions are deemed inherently "religious" in nature, they are forbidden in the dialogue that takes place in the naked public square. As a result, our political discourse is impoverished, and all too often candidates are left to focus on "how to" and "how much" without discussing "why".

How we view God inevitably determines how we view our fellow man. And how we view our fellow man determines how we will treat him. "Created in God's image" or "creature of chance"? It makes a difference. Do we worship a God who desires a relationship with His creatures, but leaves the creature morally free to enter into that relationship? Or do we worship a God who expects us to use the power of the state to coerce that relationship and to punish the infidel who is not a true believer? Do human beings really have inalienable rights to life, liberty and the pursuit of happiness? If so, where do those rights come from – God or the state? Are human beings vested with inherent dignity because they reflect the image of God, or is dignity just a construct of the human imagination? The answer to these questions have enormous implications with respect to the use and application of political power.

Sadly, however, John F. Kennedy's method of deflecting questions over his religious beliefs has brought us to a point where we can no longer have a thoughtful public conversation about ultimate meaning in the political arena. The public square has been denuded and public discussion of life's ultimate questions is considered heretical. Consequently, voters often have little appreciation for the foundational assumptions that determine how leaders will use the power they are given.

This election season we should reverse the unfortunate effects of JFK's response to the public's concern over his Catholicism. Voters should be free to ask candidates what their religious views are and how their worldviews will affect their political decision-making. Ultimate questions about the existence of God, the nature of man and the meaning of life should be on the table. Americans should have a robust discussion with their would-be leaders about ultimate questions in the public arena. To do so does not invoke a religious test for public service, nor does it mean that candidates will run to be "preacher-in-chief" rather than "commander-in-chief". Such a discussion will simply allow the electorate to be better informed about the direction in which those vying for leadership will take them.