Law on the Line: Keeping Politics Out of the Administration of Justice 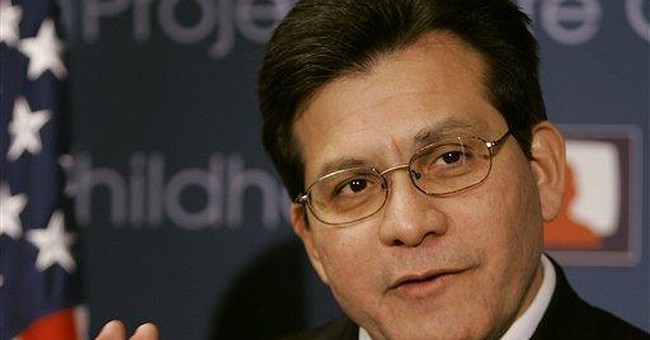 Then Attorney General John Ashcroft's exhortation to federal prosecutor David Iglesias was straight forward: "Politics should play no role during your tenure."

That's exactly the way it ought to be. Prosecutors should make decisions based on the law and the evidence, not on the basis of politics. The First Amendment protects our right to political association. In America, therefore, people ought not to be prosecuted because of their political convictions or affiliations. Whether one is a Democrat or Republican should be of no moment. The sole consideration ought to be whether or not an accused has violated the law.

This is something conservatives once understood. Not long ago, conservatives emphasized the fact that America is a "nation of laws." No man or woman is above the law, regardless of their office or political affiliation. And just as importantly, we are all equal before the law.

Therefore, while politics may enter into a president's decision to appoint a prosecutor (he may prefer Republicans over Democrats or liberals over conservatives), the prosecutor must not allow politics to influence the decision to prosecute. Justice should be blind to political considerations. If it were otherwise, the public would lose confidence in the justice system. Part of what distinguishes America from a Middle Eastern dictatorship is that our citizens are not subject to punishment merely for being out of favor with the governing political party. That's why allegations that a sitting Republican Senator and Representative may have tried to influence the investigation and prosecution of political adversaries before last fall's election should be taken very seriously. The purpose of an indictment is not to score political points.

Whether or not the Bush administration used the firings of eight United States attorneys to manipulate the criminal justice system remains to be seen. That question, however, has almost been overtaken by another one, to wit: whether the attorney general has been truthful with Congress with respect to his involvement in the matter—can you say Scooter Libby? In any event, there can be no doubt that partisan politics will play a central role in the answering of these questions.

The politicization of the justice system is a matter that should give every American pause. Truth be told, Republicans in general—and President Bush in particular—have shown themselves all too willing to inject politics into the justice system. Under the guise of "tort reform" Mr. Bush and some of his Republican allies, have sought to emasculate the role of juries in civil cases by putting in the "fix" in advance of the presentation of evidence in any given case. Acting at the behest of business and insurance lobbyists, the Bush administration has repeatedly sought to predetermine outcomes in the civil justice arena by passing legislation that would limit the liability of wrongdoers and to cap the damages awarded to their victims at a predetermined amount without regard to the evidence. These initiatives represent little more than affirmative action programs for wrongdoers. The deprivation of the right to trial by jury of injured victims who have suffered at the hands of the wrongdoers should not be permitted.

Americans should resist any attempts to manipulate outcomes in our justice system, either through laws that determine the outcome in advance, or by pressuring federal prosecutors by threatening their jobs. In either case, the judicial system is compromised. Lady Justice should not be allowed to peek out from behind her blindfold. She must remain blind to political matters when applying the law. Otherwise the phrase "equal justice for all" will become just another political nostrum devoid of any real meaning.