Power Player of the Week? 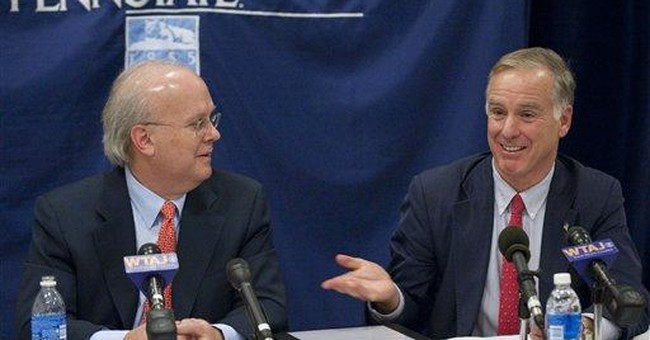 Markos Moulitsas Zuniga is the proprietor of the influential liberal blog Daily Kos. The blog is a must-visit site for those who are serious about the direction of the Democratic party. The blog was influential in the rise of Vermont’s former Gov. Howard Dean in the run-up to the 2004 election.

Back in `04, Moulitsas was driven to distraction by the Iraq war. Perhaps he was driven to more than that. Four civilian contractors—Moutlitsas’ fellow Ameicans—were killed in Fallujah. It was a horrific scene, with the mutilated bodies hung from a bridge in the Sunni-held city. Daily Kos said he “felt nothing over the deaths of mercenaries.” They were in Iraq, he charged, “only to wage war for profit.” Rhetorically joining the murderers of his fellow Americans, Moulitsas said: “Screw them.”

Markos has never apologized for that remark. For a little while, his blog was in mild disfavor, very mild. Soon, however, liberals—or progressives, as the blog would have it—were flocking back. They even attended a bloggers’ convention hosted by the Daily Kos.

Now, it seems, Moulitsas is back and the Daily Kos is mad. But not mad at George W. Bush. And not at Americans in Iraq. Markos Moulitsas is mad at the Democratic Party. He wants the latest version of Harry Reid’s health care bill to be voted down. He even taunts Sen. Reid, saying he was a great Minority leader.

What has Moulitsas and the Daily Kos crowd so angry is the dropping of the so-called public option from the Senate health care bill while retaining the individual mandate. This, say the Kossacks, is like requiring people to buy tickets for Major League Baseball games but not letting them choose the Yankees. Instead, they will be forced to watch Kansas City Royals’ games.

It’s certainly interesting to see the Left and Lefter crowd going through their gyrations. With only 40 Members, the Senate Republican caucus cannot really stop any bill that the Democratic majority truly wants to pass. It was supposedly cynical Bismarck who said if you like sausages and like the law, you should never see either one being made.

Watching U.S. Senators verbally skewering each other is surely not as horrific as watching Americans’ bodies swinging from a bridge in Fallujah. We cannot affect to feel nothing for their plight. The fate of millions of Americans—born and unborn, liberal, moderate, and conservative--does truly hang on these deliberations.

Perhaps the hysterical reactions of so many on the Left to anything less than a total government takeover of health care is balanced by the furious opposition of conservatives who predict that the American experiment in limited government will effectively be repealed if health care passes.

Can it be that anything this massive and this massively controversial ought to fail? Can it be that the Constitution is functioning just as it was intended to function? The Senate’s former parliamentarian describes that body as a place where bad bills go to die. This is one instance, perhaps, where we can favor mercy killing.