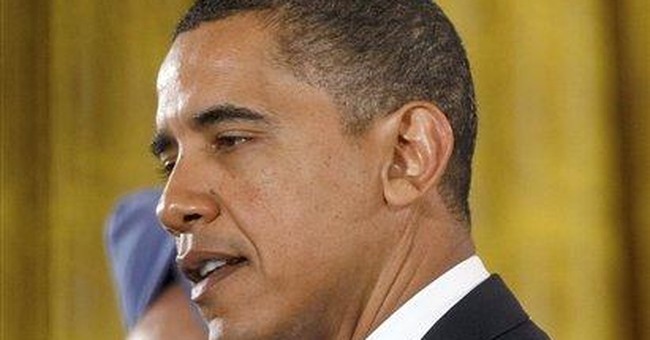 I’m not a doctor. I don’t even play one on TV. Nor is Steve Pearlstein a doctor. Pearlstein is the respected business columnist of the Washington Post. His weekly column scorched President Obama’s Health and Human Services Secretary Kathleen Sebelius for her decision to override an impartial expert panel’s advice on mammograms.

He wrote: “Sebelius did a marvelous job...of undermining the move toward evidence-based medicine with her hasty and cowardly disavowal of a recommendation from her department's own task force that women under 50 are probably better off not getting routine annual mammograms.”

How does Steve Pearlstein know which advice is better for women--an HHS panel of medical experts or the Secretary of HHS? He doesn’t and I don’t. One thing is clear, we’re going to get this kind of back-and-forthing every week from now until the day we die unless the government takeover of health care is stopped.

President Obama’s chief adviser on health care is Dr. Ezekiel Emmanuel, brother of White House  Chief of Staff Rahm Emmanuel. Dr. Emmanuel thinks the problem with burgeoning health care costs is that pesky Hippocratic Oath. Too many doctors are too concerned about their own patients; they’re not looking at the bigger picture. In a world of scarce resources, wouldn’t it be better to take our chances that some women 41-50 will get breast cancer than to devote a disproportionate share of society’s total resources to MRI’s for them. We could treat a lot of diabetics for what it costs to save a few women from breast cancer. Do the math. That’s the Zeke approach.

One thing not being mentioned in this week’s battle over early detection for breast cancer is the abortion-breast cancer connection. Abortion can increase the likelihood of a woman developing  breast cancer. So can use of the contraceptive pill.

These are not things you are likely to hear in this debate. Why? Because the fight to defend human life has already politicized medical care in this country.

Drs. Joel Brind and Angela Lanfranchi are highly educated medical and researchers. They head the Breast Cancer Prevention Institute. Note their emphasis on prevention. It’s a word we rarely hear in politicized discussions of breast cancer.

President and Mrs. Obama placed a giant pink ribbon outside the White House last month. It was breast cancer awareness month. Is there anyone in the U.S. who is not aware of breast cancer? And liberal blather about how men just don’t get it, just don’t care about breast cancer is nonsense. Men have mothers, wives, daughters, and sisters whom we love. (Men, by the way, can get breast cancer, too.)

You can get more detailed information from the Breast Cancer Prevention Institute at 1.866.622.6237 (1.86NO CANCER) or by going online to www.bcpinstitute.org. Most of the debate over ObamaCare has focused too narrowly on some select issues--subsidies for abortion, the so-called public option (government health care), or coverage of illegal immigrants.

These are important questions, to be sure, but they’re only three of the hundreds of reasons why we should resist ObamaCare. We need to see how politicized medicine is simply bad medicine. We need to understand that politics is not the best place for decisions about your health care needs. We need to encourage those doctors, nurses, and pharmacists who uphold the Hippocratic Oath. They are not working for all of society. They hold their obligation to you, their patient, as a sacred trust. Isn’t that what you really want in a health care provider?