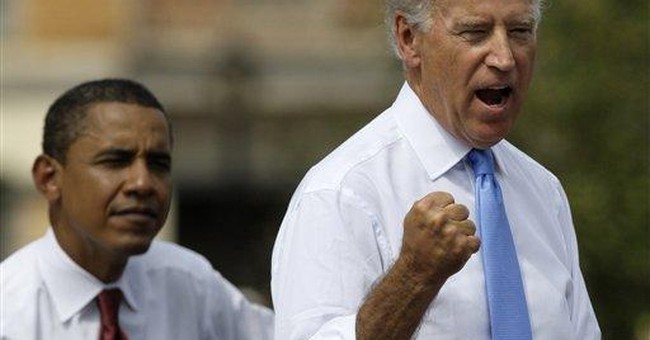 Barack Obama made an interesting choice by tapping Joseph Biden as his running mate. Mr. Biden certainly helps to address one of Mr. Obama's greatest weaknesses. But Senator Obama has three challenges he must face to win the White House, and while Mr. Biden aids one, it leaves the other two as even more problematic. It also cuts against the central theme of Mr. Obama's campaign.

Mr. Biden has a long resume. Serving in the Senate since 1973, he has been a presence in Washington for thirty-five years. During that time he has been involved in a number of issues.

Certainly Mr. Biden's greatest strength is foreign policy. As chairman of the Senate Foreign Relations Committee, he has been involved in the intricacies of many foreign policy issues facing the nation for years.

It is widely believed Mr. Obama's greatest weakness is foreign policy. His lack of experience with foreign policy issues, and his lack of familiarity with world leaders, has been touted by some as the greatest risk to his White House bid.

Mr. Obama's choice of Mr. Biden certainly addresses foreign policy. Mr. Biden can confidently advise Mr. Obama on foreign matters, and has longstanding relationships with foreign leaders. While Mr. Biden's approach to foreign affairs represents the Democratic emphasis on multilateralism, interventionism, and working through the U.N., there is no doubt that he is an authority on foreign affairs.

But it is debatable whether Mr. Obama's need is foreign policy. Voters rightly see the president's primary duty as protecting American lives and the American homeland. While diplomacy and knowledge of world events is part of that, it is only one part. National security is central to protecting American lives. That involves intelligence work, fighting terrorism, and securing vulnerable entry points. The instrument of our national defense is our military. Despite Mr. Biden's general familiarity with these things, he has never served in uniform, or in the Defense Department, or been responsible for national security. He certainly helps in this general area, but he is not seen as an expert on all of these issues.

Regardless of that, there are two other issues with which Mr. Obama must grapple, and far from helping with any of these, Mr. Biden actually makes Mr. Obama's path more difficult.

The first is that Mr. Obama's other big challenge is convincing moderate Americans he shares their values. He is already seen by many as a liberal, big-city politician who says people cling to guns and religion out of bitterness, associates with radicals, and attended a church with a radical theology. Mr. Biden is a fierce foe of gun rights, ardently opposes restrictions on abortion that have widespread support and promotes gay rights. He supports higher taxes, bigger government and socialized healthcare. That doesn't exactly help Mr. Obama with blue-collar voters in Ohio, Pennsylvania and Michigan.

The second is Mr. Biden's lack of executive experience. Not only has he never been a governor or a cabinet secretary, he has never been a mayor, an agency head, or served in any other executive role, not even prosecutor or military officer. Given that Mr. Obama also lacks that experience, having two career legislators heading the executive branch of our government might create doubts.

And the third issue is Hillary Clinton. Many of Senator Clinton's supporters are still unhappy with Mr. Obama, and right now he is losing some of them to John McCain. This pick does nothing to help heal that rift, which could make the difference in a close election.

Mr. Obama has made his choice, and it's interesting. Now all eyes are on John McCain.