American Private Equity: A Cow to Milk or Butcher 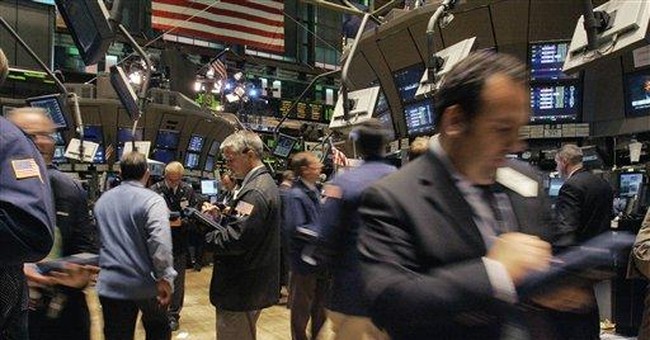 “For every action there is an equal and opposite reaction.”

A general good rule of thumb is to expect that someone will be soaked whenever Congress starts talking about making the tax code fairer. Another good rule is if you want less of something, tax it. Such is the case with a proposed adjustment to an established tax rule with far reaching implications for the American economy.

Always hungry for more money to spend on pet projects, spendthrift members of Congress have found new taxable cash cows to fillet — private equity funds, partnerships, venture capitalists, and hedge funds. Foolishly, they have opted to fillet these cows for a month’s worth of steak instead of milking them for economic nutrition for years.

Specifically, the members of Congress have placed a 130% tax increase bullseye squarely on the backs of fund managers. These are hyper-aggressive and competitive financial managers who work hard, take risks, drive innovation, and earn tens of millions of dollars on a single completed deal.

In Washington, the issue seems like a politician’s win-win. The argument goes: Why not fillet and cook these jet-setters to feed the insatiable appetite of big government for higher taxes?

Popular opinion certainly isn’t on the side of these managers, despite their contributions to domestic economic growth. Most people still picture these guys as the “greed is good” shouting Gordon Gekkos from the 1980s era film of financial cautionary tale “Wall Street.”

These guys are getting uber-rich while most people continue to work 50-hour weeks just to pay the mortgage and put the kids through college. It sounds really simple. Open and shut. Until you dig a little deeper.

The funds these individuals have made so profitable have an enormously positive impact on the U.S. economy and Main Street America. Ham-handedly tinkering with such an important capital driver will have a negative impact on the nation’s economic vitality.

In the past two decades, these funds have yielded returns in the hundreds of billions — benefiting a wide array of individuals and projects. From constructing shopping malls, office buildings, and hotels to funding pensions for teachers, firefighters, and police officers, the funds’ capital investments have substantially contributed to job creation and improvement in the quality of life many Americans enjoy.

Nearly 11 years ago when I was Ohio’s treasurer, Jack Kemp and I crisscrossed the nation as members of the congressionally-created Commission on Economic Growth and Tax Reform. We spoke with and listened to thousands of Americans from all walks of life. One of our most substantial finds was the need to radically reduce taxes on capital and labor.

Residential realtors understand the benefits. In fact, the proposed tax tinkering effects them too. They argue that without the capital investments in communities the funds provide, many residential markets will lose their attractiveness. And, the American dream of home ownership will become more elusive for many more.

Commercial realtors get it as well. Incoming chairman of the International Council of Shopping Centers, Adam Ifshin, recently told a Senate committee that the tax increase would be “the most sweeping and potentially most destructive tax on real estate” in decades.

Mr. Ifshin’s concern is driven by the understanding that investors and fund managers will seek other markets if increased taxes threaten their profit margins in America.

And that’s the primary issue.

The U.S. economy is losing jobs to foreign competitors. The departure of private equity capital will almost certainly guarantee job loss and shake our mercurial economy.

These nations will be bolstered by the inevitable influx of American investor capital and the valuable expertise of our private equity managers.

The managers will find it more profitable to grow other economies. And if Congress effectively shows them the door, they will leave. Capital always seeks the path of least resistance and greatest opportunity.

A partner at the Washington, D.C., based private equity firm Carlyle Group, Bruce Rosenblum, cautioned Congress to “move with great caution before it changes the incentives that exist today for investors to nurture and grow such businesses.” His comments were echoed by the assistant treasury secretary, Eric Solomon, who reminded Congress that the flexibility offered to such partnerships has a role in the strength and resiliency of the American economy.

Think about it: private equity managers are responsible for growing funds for investors. An enormous tax increase reduces their incentives and the gains returned to investors. Why then would they focus on rescuing and restructuring American companies and creating American jobs when it’s more profitable to do so abroad? These are the questions facing the tax hungry in Congress whose eyes many be bigger than our economy can stomach.