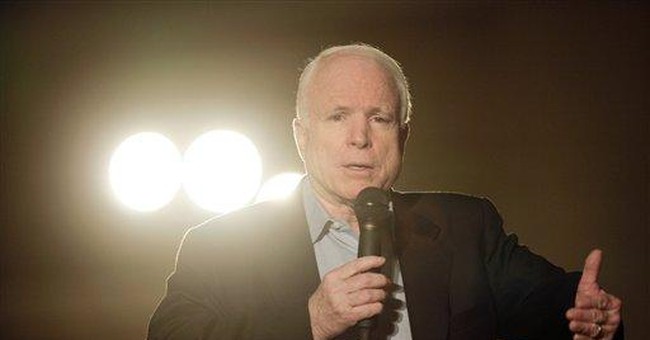 After a rapid exchange of verbal fire and a rush of money and supplies to the front, it appears that the first skirmishes over the 2008 Republican presidential nomination are over. Some gunpowder burns have been suffered, a few of the combatants have been wounded, most of them slightly, and millions in war bonds have been sold. Even so, the first political battles of 2007 are behind us, with no clear advantage to any of the antagonists.

This is good news for anyone who cares about the political process and the health of our democracy. One hundred days ago there was widespread talk about who would win the "money primary" as candidates made their entry into the fray and began the process of raising millions for their campaigns. Along with this fundraising came the inevitable spending, as hundreds of thousands of dollars began to flow out of campaign coffers for advisers and consultants. This, too, became a primary, as the candidates jockeyed to build their own resumes through their ability to hire other resumes.

Now, as the first quarter of 2007 ends, the truth has begun to settle in that there will be no early winner of the GOP nomination (the Democrats have fewer likely candidates but are no closer to a clear victor themselves). The money and consultants' resume primaries have not resolved, and will not resolve, whom the Republican Party will select as its standard-bearer for at least the next four years.

There appears to be every possibility that ideas will ultimately decide the nomination, perhaps for both parties. The thinking primary has begun. That's a welcome sign, because this is the primary that matters, and if there is any advantage to having our presidential competitions start almost two years away from Election Day it's the opportunity to examine and think about our options.

With each passing day, the candidates are telling us new and interesting things about themselves and their views on the issues. With each passing day, they are telling us other things about their opponents. Journalists and opposition researchers are digging deep into the files of The Arizona Republic and The New York Post and The Boston Globe, and candidates are being reminded, and asked about, what they've said and done and believed and regretted.

In the past two weeks alone, consider what we've learned in the thinking primary. Sen. John McCain, according to a National Journal analysis, has voted the conservative position less frequently each of the past five years in Congress. Former House Speaker Newt Gingrich has asked God's forgiveness for the personal failings that have put him out of sync with many morally conservative people. Former Massachusetts Gov. Mitt Romney now supports allowing homosexuals to serve openly in the military. Former Mayor Rudy Giuliani believes that emphasis on Second Amendment rights hurts his party in urban areas.

Consider, however, what we haven't yet learned. What would a President McCain do to rescue the social security system from the actuarial chasm it faces? What would a President Gingrich do to protect rights of conscience in the purchase and provision of health care? What would a President Romney do about the future of the increasingly criticized No Child Left Behind law? What substance is there to the promise that a President Giuliani will put judges on the bench who practice judicial restraint, unlike the liberals he named to New York City's municipal courts?

With the rush to a "rush to judgment" behind us, there's now a real chance that these questions will be asked and that answers will be given. We'll also learn whether candidates of more consistent conservative appeal like Sam Brownback, Mike Huckabee, or even Fred Thompson will emerge from dark horse status.

It's food for thought, and that's just what a real party primary should be.