Whether It’s TSA Officers Or Small Business Workers, Forced Unionization Is The Name Of The Game 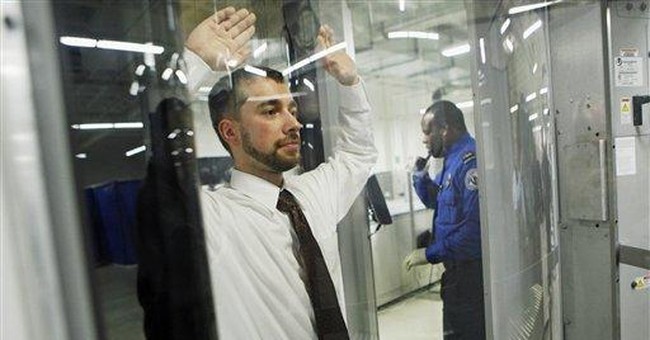 For the last several months, we have seen Big Labor pull every string and work every avenue to force unionization on workers. Whether it’s using the National Mediation Board (NMB) to change rules that have been in place for generations governing the airline and railroad industries, stacking the National Labor Relations Board (NLRB) with radical nominees who will put forward the Employee ‘Forced’ Choice Act via administrative action, or whether its union bosses pushing forward with efforts to represent airport screeners, one thread runs throughout: an unquenchable thirst for money and power on the part of Big Labor bosses.

The most recent effort has to do with union bosses working to increase their political power and financial standing by forcing unionization on workers at the Transportation Security Administration (TSA). With the lack of an appointee to fill the role of TSA administrator after President Obama’s first choice, Erroll Southers withdrew his name, union leaders now believe they can and should bully and intimidate their way into a critical national security agency by demanding its officers be unionized.

The precedent Big Labor is setting by elbowing their way into control of a federal government agency charged with the safety and security of the American people speaks volumes about the priorities of the nation’s union “leaders”. It is clear that their motivation for further, increased unionization not only stems from their dire financial straits, but it supersedes all else. As unionization in the private sector continues to decline precipitously, labor bosses are turning to government jobs to help grow their ranks and fill their pockets at the expense of American taxpayers.

More union members mean more union dues coming through the door. With an abysmal record of fulfilling their benefit commitments to their own workers particularly in relation to the funding of pensions, Big Labor knows that it needs to make up the deficit it has created. Rather than fulfilling their commitments, labor bosses have been cranking up the political spending and funneling money to political supporters in search of a bailout.

Much of the current activity is a direct result of the fact that Big Labor has not been able to meet its goal of securing passage of the Employee ‘Forced’ Choice Act (EFCA). The legislation would allow them to gain new workers and new dues by eliminating the secret ballot. In the case of the TSA, one union boss even admits that they are trying to reverse the typical unionization process. Instead of workers gaining bargaining rights and then asking that a union to represent them, unions like the American Federation of Government Employees (AFGE) are attempting to force collective bargaining on the TSA, then asking workers to join them.

This reversal of procedure demonstrates the willingness of Big Labor bosses to place forced unionization ahead of all other issues – including national security. South Carolina Senator Jim DeMint has been championing the effort to highlight how the forced unionization of the TSA is not in our nation’s best interest due to safety concerns. The TSA states that its role is to “protect the nation’s transportation systems so you and your family can travel safely.” In the case of terror threats, the TSA needs to respond as quickly as possible to ensure safety for the Americans for whom they work. As DeMint and others have stated, a unionized TSA would put the government at risk because it would be required to negotiate with union representatives before enabling TSA officers to do their work. I echo Senator DeMint’s concerns in saying that we cannot give union bosses veto power over national security at our airports. With the recent Christmas Day attempt by a passenger to use a bomb on a trans-Atlantic flight, the TSA was able to respond quickly and appropriately. If forced to unionize, this much needed rapid response capability may not be possible or severely hampered. This is simply unacceptable.

Labor bosses have not backed down from pushing their agenda no matter what the cost in freedom or security. Whether its their top legislative priority of passing the Employee ‘Forced’ Choice Act, which would expose workers to a public vote in the unionization process and empower government to mandate contracts on employees and employers without their consent, or getting extreme nominees placed in independent agencies like the NLRB, we see that the union boss political agenda focuses exclusively on what they have to gain with no regard for what Americans stand to lose.

If we do not continue to highlight the corrupt motivations and practices of these labor bosses, the future of businesses, workers, even our own safety, are all at risk.