Tenderness in the Night 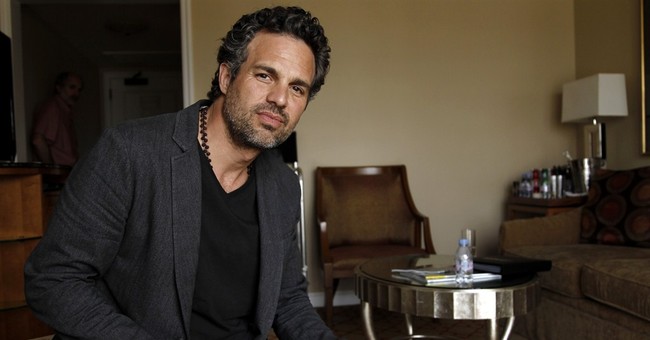 Mark Ruffalo is a mainstay of the contemporary "rom-com" genre of movies. He's also one of NARAL Pro-Choice America's favorite actors, due to his his abortion activism.

What he may not realize is that he did more for advancing the cause of a culture of life in one of his roles than just about any statement from an actor ever will.

In the 2005 movie "Just Like Heaven," Ruffalo played a role that tackled the challenges of life, death and modern health care as his character fell in love with a woman in a coma. The storyline was fanciful, but it presented audiences with an underlying -- if much debated -- understanding: that living bodies, no matter how damaged, deserve consideration and demand respect, as all life does.

What Ruffalo may not realize is that in his most compelling sentiments -- his compassion for his mother and women in general -- he shares common ground with his pro-life adversaries.

Writing in defense of an illegal abortion his mother had before the Supreme Court's Roe v. Wade decision more than 40 years ago, Ruffalo wrote this past summer: "When I heard the story, I was aghast by the lowliness of a society that would make a woman do that. I could not understand its lack of humanity; today is no different."

Imagine the shame and pain and desperation that would lead a woman to such a place. Maybe you don't have to imagine. How about making sure no woman ever has to go there -- illegally or legally? Save for the most strident activists, most Americans don't believe abortion to be a good thing. How about focusing on alternatives instead of being stuck on politicians' hapless, insensitive or merely controversial statements?

A lot of Americans still don't even realize abortion in all three trimesters was made legal four decades ago. There's a reason legal abortion is masked in words like choice and health: We're not actually a brutal people -- well, at least not consciously. That's why, for the abortion industry to survive, it needs to make sure the horrifying details are glossed over. The problem, of course, is that if we believe in conscience, we're going to have something to answer to history (and our maker) for.

We're seeing something like this realization now in the surprise New Year's Eve move by Supreme Court Justice Sandra Sotomayor to hold off penalties for the Little Sisters of the Poor's noncompliance in the face of the Obama administration's abortion-drug, contraception and sterilization health care mandate. After the story of various lawsuits against the Department of Health and Human Services went untold or dismissed, suddenly the narrative of the forced constricting of religious liberty -- targeting the likes of nuns running elderly-care homes -- in America is hard to avoid.

In his Christmas message, Pope Francis implored Christians to "pause before the Child of Bethlehem." He continued: "Let us allow ourselves to be warmed by the tenderness of God."

It's hard to know how talk of the tenderness of God is received in a cynical culture numbed by evasions that keep us from confronting wounds. We tend to both overcomplicate matters and distract ourselves from what is right in front of us.

We debate about abortion, pretending it's all a matter of women's health and freedom. But what we're really doing in so many of our most high-profile campaigns and exchanges is compounding a culture of violence of the most intimate sort.

"I actually trust the women I know. I trust them with their choices, I trust them with their bodies and I trust them with their children," Ruffalo has written. But do children belong to mothers only? What a far cry from the liberal embrace of "It takes a village to raise a child"! Ruffalo is himself a father. How about getting rid of this false disconnect? Putting aside some of the political rhetoric, perhaps we can begin again and acknowledge that there is a cultural responsibility to support and encourage a mother and father to rise to the occasion of parenthood?

Rather than doubling down on the misery of abortion, let's put out the welcome mats to life in 2014. Just like heaven, there can be tenderness on earth, too -- even in social media, even on the most contentious of issues.