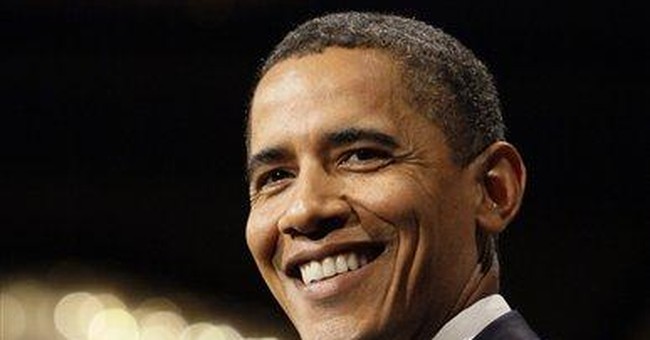 ROME -- Some things are beyond parody. In announcing that Barack Obama is more Catholic than the pope, Newsweek takes the cake.

The piece, written by Kathleen Kennedy Townsend for the magazine's Web site, in anticipation of last week's presidential-papal meeting, asserts: "(The pope and the president) politely disagree about reproductive freedoms and homosexuality, but Catholics back home won't care, because they know Obama's on their side. In fact, Obama's agenda is closer to their views than even the pope's."

Townsend, like many a commentator, misses something essential: There is a truth to which the pope subscribes. The whims American Catholics confess to pollsters are another thing entirely.

Townsend argues that the pope needs to bend his ear to the poll results, and to ditch his Christian hope for Obama's brand of faith. Townsend ultimately wants to remake the Catholic Church so that it reflects her more liberal political agenda. In this regard, she is not unlike other American-Catholic politicians. (Townsend ran for governor of Maryland in 2002.) But in doing so, she puts aside the Church's commitment to truth.

Here, Townsend joins an Obama work already in progress. When Obama spoke at Notre Dame's commencement he declared, "The ultimate irony of faith is that it necessarily admits doubt. It is the belief in things not seen." It was his reworking of Hebrews 11:1, which reads, "Faith is the substance of things hoped for, the evidence of things not seen." Faith isn't a belief. It's a substance. It's evidence, as the words of Scripture say. As one priest wrote, after the speech, in his diocesan paper: "Faith leads not to doubt, nor merely to subjective conviction, but to objective truth discoverable through revelation and grace."

So when Catholics latch onto the Obama gospel, they're doing not only their Church but also themselves a disservice. If they're projecting their own personal and political wants onto the Church, they're rejecting their own integrity.

Townsend was far from alone in missing the point of the Obama-Benedict meeting and the new papal encyclical. The papal document "Charity in Truth" was released just days before Obama's visit and was widely described as the pope's embrace of global government. But his political guidance was not the heart of the matter -- and that's not me trying to make the encyclical mesh with my political philosophy. Taken in its entirety, "Charity in Truth" offers a view of today's world that is challenging for people of all political persuasions.

An honest reading of the encyclical is hard for right and left alike. I'm not comfortable with increasing foreign aid, redistributing wealth, and anything having to do with the United Nations. But if you went to National Review Online after the encyclical's release, you would have seen writers wrestling with the issues, reading and trying to understand the thinking behind this serious moral guide. And while we dealt with the text, the more mainstream headlines merely focused on what's "bad" for conservatives in it and suppressed what is challenging for the left. Newspapers everywhere ignored the pope's condemnation of the far too many international organizations that contribute to a culture of death (such as promoting contraception), as only one example.

As Kishore Jayabalan of the Roman office of the Acton Institute said, shortly after the Vatican press conference announcing the new encyclical: "Neither side . . . seems ready to take Benedict's theology -- his own field of expertise -- seriously. Part of this is a result of our habitual, liberal-democratic tendency to separate Church and State and not let theological arguments influence our politics. This tendency invariably blinds us to the pope's combination of respect for life with the demands of social justice. ... Reading 'Charity in Truth' for partisan purposes can yield moments of agony and ecstasy for left and right alike."

Newsweek will continue to find Catholics who will put a partisan spin on the pope and his teachings. The pope, meanwhile, will continue to provoke all of us -- and yes, sometimes even make us uncomfortable -- in the interest of truth.