Is the "Same Old" Really Change? 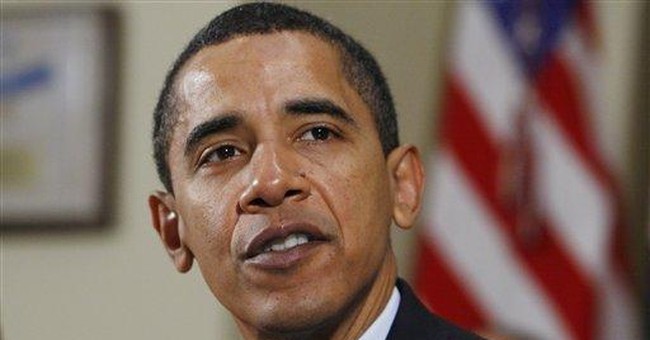 Now that we've been thoroughly soaked in the historic moments of this past week, can we put the Kleenex down and look with clear eyes at the inauguration of the 44th president of the United States? Barack Obama is, all apologies to Toni Morrison and Bill Clinton, our first black president. But what that will mean has yet to be determined; how Obama's unique position will resonate in the real world will be entirely up to him.

One of his first missions must be to push this country beyond grievance politics. Unfortunately, the closing of his inauguration ceremony suggested a regression more than it did forward motion. The Rev. Joseph Lowery "prayed" (it struck me a little more like entertaining a cold, tired crowd): "Lord, in the memory of all the saints who from their labors rest, and in the joy of a new beginning, we ask you to help us work for that day when black will not be asked to get in back ... when brown can stick around ... when white will embrace what is right." It goes on from there. One heard, of course, many cries of amen. But there was also a sense of offense and disappointment: Obama, who invited Lowery, sold himself as something new, but he is nothing of the sort, is he?

If he were, he would consider meeting with Ward Connerly, founder of the American Civil Rights Institute, who has valiantly fought against preferential treatment based on race and gender. There is no reason why, at this late date, the government should tell anyone that their skin color or sex renders them unworthy of being held to the same standards as everyone else. It's a matter of dignity and fairness.

Shortly after the inauguration, Americans who oppose abortion -- a real crime against humanity, beneath the dignity of our great nation -- gathered in the capital with a sense of dread and hope. Imagine if Obama, who entered office promising to strip all restrictions on abortion from sea to shining sea, underwent a conversion experience? How powerful a statement would it be if America's first black president stood up to the abortion industry and challenged his party, so long its creature? After all, as Anne Hendershott, author of "The Politics of Abortion," has pointed out: "Nearly half of all African-American pregnancies end in abortion."

Political prudence will keep Obama from carrying out all of the promises he made to his left flank. There would be something genuinely historic afoot if he went further and led his party away from radicalism, giving hope to pro-life Democrats. If even a man who once defended infanticide in the Illinois statehouse can moderate the left's inhumane tendencies, there is political hope for life. Obama's free to choose.

There's no denying that Obama has a historic amount of political capital at his disposal, and a number of issues on which he could credibly spend it. How about rallying to the cause of the home and hearth? As Kay Hymowitz, author of "Marriage and Caste in America," said, back when Obama was but a mere junior senator: "Obama offers a chance to introduce an entirely new persona and perhaps a new language into politics, a black man who ... grew up with a single mother, yet who has become solidly middle-class, meaning in addition to earning a decent living, he is married with children. Orlando Patterson has written about the terrible mistrust and anger that exists between black men and women. Obama is -- or appears to be -- something blacks don't see all that often -- an affectionate and loyal modern husband. The idea of the 'role model' tends to be overvalued, but it may be worth something in Obama's case." Again, Obama is free to become a champion of family values. His life s!

tory certainly gives him the credentials.

The scene in D.C. following Obama's inauguration was encouraging inasmuch as it did suggest an air of hope. Never before have I seen so many Americans, especially black Americans, so openly encouraged about politics. That's good -- but only to a point. What's the substance? Will things actually be different or will they just sound different? In the case of Lowery's closing prayer, neither was the case; we were presented with the same color-conscious rhetoric that has dogged civil rights activism for decades.

Obama is walking history. But to really move us forward, he's going to have to do some heavy lifting.