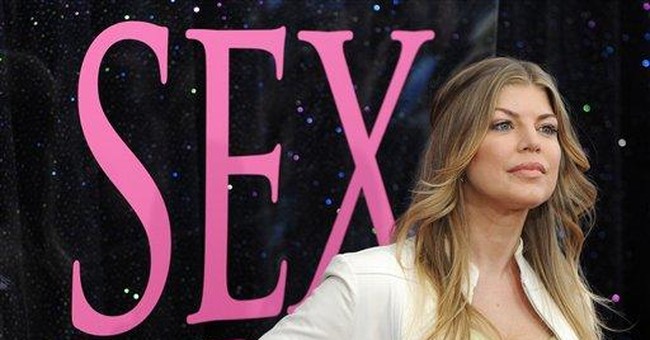 Planned Parenthood took me "Down There" and exposed it all. The self-evident wrong-headedness of their thinking, that is.

A new campaign waged by the abortion provider is as crass as its name suggests. But it is more than that. It is an expose -- in that most pithy and au courant of forms, the Web video -- of why we get nowhere in America when we talk about sex education.

The "Take Care Down There" campaign consists of Web videos of young people talking about threesomes and sexually transmitted diseases, because that's all kids could ever chat about, right? An awkward older man suddenly enters the picture and dispenses advice -- say, how to use a condom -- to the eager teens, sparing no one's delicacy in the process.

To get even more graphic information, check out Planned Parenthood's Teenwire Web magazine and you'll have everything you forgot to think about before you embarked on that summer abroad: "Condoms, dental dams and lube. ... Even if you think you won't need any of these items, they may come in handy for a friend." What would you do on vacation, after all, without dental dams?!

And therein lies the problem with groups like Planned Parenthood -- and with way too much of pop culture. For Planned Parenthood and the anything-goes ethos it represents, young people are always going to have sex. In their worldview, there's no reason for live if you're not going to mimic the rutting bachelorettes of "Sex and the City." How could you possibly have a successful, happy life if it doesn't involve going through a condom a day?

I would have hesitated to brush with such broad strokes until I watched the abstinence video on the "Take Care Down There" Web site. In a vignette titled "Let Me Do Me," a teen girl turns down her friends' invitation to a party because she has plans to "stay in tonight" and "do a little strumming the banjo," because "I like spending time with me. ... Tonight I think I want to go all the way with me."

She adds, "Plus, it's not like I can get me pregnant or give me diseases or something." Older dude walks in and tells the girls "abstinence can be a beautiful thing. It's kinda' like being a virgin all over again."

Whoa, there. So to Planned Parenthood abstinence means masturbation? No wonder they think abstinence education is a total waste of time. They can't get their minds out from Down There. They can't believe that if you challenge young people to want more than what they see on television and in the movies, they'll take you up on it. Planned Parenthood just doesn't get it. Abstinence education can never be about simply saying, "Here's what you can do so no one gets pregnant but you can still get some sexual kicks." It has to be part of a greater education: a character education. A physical education. A moral education.

Planned Parenthood and most other sex-ed programs try to find a stopgap solution, attempt to repair kids' warped view of sex while still allowing them to watch "One Tree Hill." But prophylactics and STD awareness aren't the fix that kids need. We must teach our kids to treasure all their gifts, to see themselves as complete persons who have tested values that won't be compromised in the face of peer pressure or biological urges.

The girl in the Planned Parenthood video is, of course, right to say that her night at home won't give her disease or a baby. But it's no way to live. She's cutting herself off from others. She believes she lives in a world in which sex or simulating sex are the only options on a Friday night. There are, of course, alternatives, and good ones at that. If there weren't, all married couples would get divorced after only a few years of nuptial bliss.

The bottom line is that responsible educators need to be doing more than nagging young people not to have sex. Of course that won't work. Teens are not stupid; they're human and know there's something appealing about it, and they shouldn't be told otherwise. But they should understand that there's more to want, and that they should hold out for it -- for love, commitment and fulfillment. We need to seriously talk about character formation, about hard work and dedication. This is why -- or should be why -- some of the religious schools exist. This is what an entity like the Best Friends Foundation does. But those groups and messages are getting hard to hear in a prurient culture obsessed with youth and selfish, instant pleasure. Life isn't just about what happens "Down There."