Cloning By Any Other Name Is Still Cloning 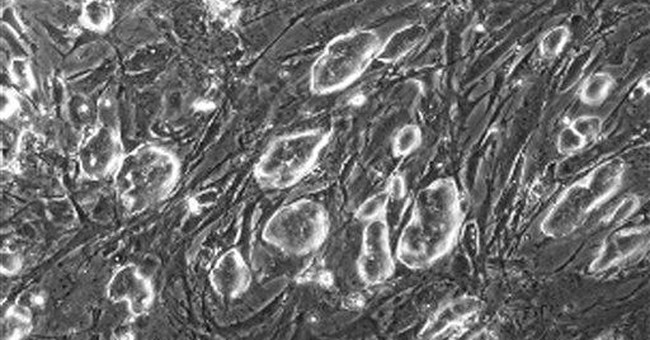 The stem-cell debate can be painful. It deals with life-and-death issues, often involving suffering people desperate for anything that might help; and it tends to be dominated by one-sided, disingenuous propaganda. But the tide may be turning.

For years now, as states and the federal government have considered government funding of stem-cell research, there have been common threads to the debate and coverage. Even when the research under consideration is human cloning -- that is, the creation of embryos that would immediately be destroyed for research purposes -- the word "cloning" would not be used. In New Jersey in 2004, legislation was enacted that banned so-called reproductive human cloning, but allowed "therapeutic cloning." This sort of obfuscation has since become a national trend.

Senators, presidential candidates, Sheryl Crow, Michael J. Fox -- so many of the loudest efforts tend to put the power of their celebrity behind embryonic stem-cell research and reproductive cloning. It's a perplexing state of affairs, as study after study demonstrates the successful use of alternatives to embryo destructive research, according to Richard Doerflinger, deputy director of pro-life activities at the U.S. Conference of Catholic Bishops.

These misplaced priorities were prevalent recently, as the House took up two bills -- one that would clone, claiming otherwise; and another that would fund the use of frozen embryos from fertility clinics for research. In the days before the House defeated the cloning, Congress and the media were confronted with the looming promise of alternatives. The scientific journal "Nature" released a study describing trial successes, which showed that adult cells could be reprogrammed to function like embryonic stem cells -- a noncontroversial stem-cell research alternative, the kind we could all rally behind.

As expected, the Stem Cell Research Enhancement Act, which authorizes funding on unused or frozen embryos in fertility clinics, passed in the House on June 7. But not only was it short of the votes it needed to override an expected presidential veto, it actually had six fewer votes than it did when the House voted on it in the last Congress. "Momentum is fading for proponents of embryonic stem-cell research," one pro-life House aide proclaimed. And how could it not be? Even as the House was focusing narrowly on embryo destruction, headlines trumpeted: "New Stem Cell Breakthrough Avoids Destroying Human Embryos"; "Biologists Make Skin Cells Work Like Stem Cells"; "Stem-Cell Advance May Skirt Ethical Debate."

It will take some time for these new facts to sink in -- to fight against the lie that scientific hope and success is only with the embryo-destructive research. In the same edition of The Washington Post in which we read "Scientists Use Skin To Create Stem Cells" and "Discovery Could Recast Debate," readers were also subjected to a flattering profile of cloning advocate Diana DeGette, a Colorado Democrat. DeGette is a secular saint for her tunnel-vision advocacy of embryonic-stem-cell research. Glaringly missing from the piece was any acknowledgment that George W. Bush, who would go on to veto the bill that funds embryo-destroying bill, is also for stem-cell research -- just not the one and only kind she wants.

If you are against funding one type of stem cell research -- the embryo-destroying kind -- that does not mean you are against stem-cell research. On the contrary, you're for the kind that actually works -- and that also happens to be free of the ethical hang-ups involved in the embryonic kind. What's to lose?

Embryonic stem-cell research is perfectly legal in the United States; all the debates have been over the government funding of it. With no federal ban on cloning, some states have provided funding for it under the guise of a "ban," setting up the distinction between reproductive cloning (creating an embryo to ultimately raise as a child) and research or therapeutic cloning (creating an embryo to use for medical purposes). In the end, though, the process is the same; in therapeutic cloning, you are cloning to kill.