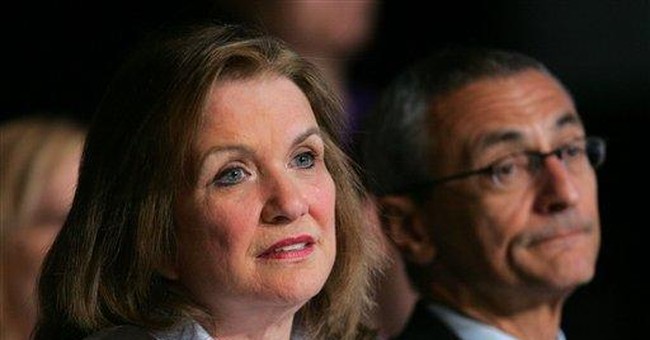 A reporter recently told me that there is more to life than politics, this while I was in the middle of a crazed D.C. day -- running from meeting to meeting, sending a few dozen e-mails a minute, checking the crackberry while "listening" to a lunch companion. If you're in D.C., politics is everywhere. And in the midst of it all, for just one second that I'm not at all proud of, I thought the reporter was crazy.

You can get a bit too caught up in it sometimes, but politics is really and truly important. That's why some of us spend so much of our time arguing, quibbling and squabbling in the political realm. It does matter who wins elections, whether it be Clinton or Obama, Giuliani or Romney or McCain -- and their fundamental beliefs, their character, the people they trust -- it's all monumentally important.

Yet, no justification for how important politics is is ever an excuse for surrendering one's sense of common decency and human compassion. It's one of those "All I Really Need to Know I Learned in Kindergarten" kinds of points. And it's also a point that you'd better take to heart if you are going to get involved in politics. Otherwise, you'll likely be the ugly occasion for people to remark that there is, after all, more to life than politics.

Political people generally keep their transgressions against good sense and sanity to a tolerable level. But with the anonymity of the Internet, it is easier to be atrociously uncivil. An angry person can post, with no attribution, to a political blog that he is upset that the vice president of the United States didn't die when Islamic terrorists tried to kill him in Afghanistan earlier this year. There are probably people who disagree with, even dislike, Dick Cheney. But if you want him to be murdered, if you have that sort of hatred for the man ... well, perhaps you think there's more to politics than life.

Maybe the people who posted those comments at the Huffington Post didn't really want Cheney dead; maybe they just meant to convey how much they disagree with his views. But that's not what they wrote. And what a thrill it must have been for them, to write such things.

If you are in the business of publicly expressing your political opinions, you're used to these kinds of people. Variations of "die, b---h, die" are standard fare in the inbox of a writer -- much meaner, and personal, if you're lucky. It comes with the territory, and usually you just ignore it. Yet once in a while you are jarred, not by the lowlifes who wish you were dead, but by the inhumanity that people will attribute to you. Is that really the view this person has of those he disagrees with politically?

Democrat John Edwards held a press conference to explain that his wife has had a recurrence of the breast cancer she was diagnosed with in 2004. I post online that we are praying for the Edwards, and I get e-mails like this: "So, Edwards is about to drop out of the race because his wife's cancer had returned? Looks like your prayers have been answered. I suppose you'll also be 'praying' for the other Democratic candidates. You're not fooling anyone. We see right through you."

This on the same day we were memorializing one of my nationalreview.com contributors, Catherine Seipp, a clever, funny writer out of Los Angeles who passed away the day before. She was a lively, colorful, fun, loyal gal. And she had all kinds of friends -- the kind of friends who could only be brought together in the same room because of Cathy.

Her friends, her editors, her readers even -- we all watched her struggle with cancer, never whining, always looking for something constructive. Before all that, we had watched her get mad, take aim, and be brutally honest in a well-crafted way -- always surpassing mere politics, never with equivocation. It should have been entirely impossible for anyone ever to forget that Cathy was human. But if all you know is who's a Democrat and who's a Republican, it is a lot easier to divorce yourself from basic human empathy. And that's not good for anyone -- or politics.