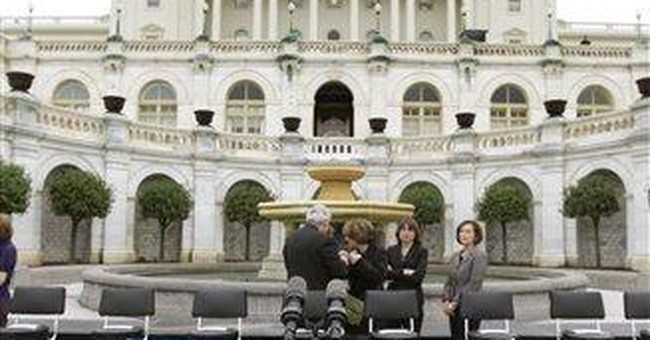 WASHINGTON -- One of the few incontrovertible assertions one can reasonably make is that no one supports forced abortion.

Yet, coerced abortions, as well as involuntary sterilizations, are commonplace in China, Beijing's protestations notwithstanding. While the Chinese Communist Party insists that abortions are voluntary under the nation's one-child policy, electronic documentation recently smuggled out of the country tells a different story.

Congressional members of the Tom Lantos Human Rights Commission heard some of that story Tuesday, two days before President Obama was slated to leave for Asia, including China, to discuss economic issues. Among evidence provided by two human rights organizations, ChinaAid and Women's Rights Without Frontiers, were tales of pregnant women essentially being hunted down and forced to submit to surgery or induced labor.

Reggie Littlejohn, founder and president of the Frontiers group, told the commission that China's one-child policy "causes more violence against women and girls than any other official policy on earth."

I met Littlejohn for breakfast the day before the hearing. A petite wife and mother -- as well as a Yale-educated lawyer -- Littlejohn gave up her intellectual property practice in San Francisco following a life-altering illness to become a full-time activist for Chinese women. She is remarkably buoyant considering the knowledge she has absorbed. Action, she says, is her way of coping with the unconscionable.

Here's the question Littlejohn insists we consider: What really happens to a woman who doesn't have a "birth permit" and has an "out of plan" pregnancy?

The answer is simple and brutal: A woman pregnant without permission has to surrender her unborn child to government enforcers, no matter what the stage of fetal development.

Late-term abortions are problematic, but the Chinese are nothing if not efficient. On one Web site for Chinese obstetricians and gynecologists, docs recently traded tips in a dispassionate discussion titled: "What if the infant is still alive after induced labor?" ChinaAid provided a translation of a thread regarding an eight-month-old fetus that survived the procedure.

"Xuexia" wrote: "Actually, you should have punctured the fetus' skull." Another poster, "Damohuyang," wrote that most late-term infants died during induced labor, some lived and "would be left in trash cans. Some of them could still live for one to two days."

To be clear, some of the online doctors expressed concern for the rights of the child. Others, however, worried only about potential legal ramifications. Technically, it is illegal in China to kill a baby, one is relieved to learn, but family-planning imperatives sometimes prevail. According to a 2009 State Department report, monetary incentives and penalties are attached to population targets, creating what amounts to bounties on the unborn.

As recently as July, officials of China's National Population and Family Planning Commission said that the one-child policy "will be strictly enforced as a means of controlling births for decades to come," according to Xinhua, the state-run news agency.

The violence of these procedures doesn't only kill the child in some instances. In two of the cases described in a document leaked this past August, the mothers died, too. Those who dissent, meanwhile, are persecuted.

Such has been the fate of activist Chen Guangcheng, who is serving a four-year sentence after exposing 130,000 forced abortions and sterilizations in Linyi County, Shandong province, in 2005. Named by Time magazine as one of 2006's top 100 people "who shape our world," Guangcheng, who is blind, was severely beaten and denied medical care the following year, according to an Amnesty International report.

The one-child policy has created other problems that threaten women and girls. The traditional preference for boys has meant sex-selected abortions resulting in a gender imbalance. Today, men in China outnumber women by 37 million, a disparity that has become a driving force behind sex slavery in Asia. Exacerbating the imbalance, about 500 women a day commit suicide in China -- the highest rate in the world, which Littlejohn attributes in part to coercive family planning.

Obviously, the U.S. is in an awkward position with China, our second-largest trading partner and the largest holder of our government debt. But Littlejohn hopes Obama will "truly represent American values, including our strong commitment to human rights." She is also calling on Planned Parenthood and NARAL to speak up for reproductive choice in China.

On this much, both sides of the abortion issue can agree: Forced abortion is not a choice. Averting our gaze from China's horrific abuse of women, is.

Trump Is Going Out of His Way to Campaign Against This Republican
Townhall
WaPo's headline for the 'Biden stimulus' gets compared to state media outlets around the world
Twitchy
Joe Biden's Handlers Let Him Out, and Things Are Not Fine
Redstate
Judges Gone Wild: Missouri Judiciary Makes Telenovelas Look Humdrum
PJ Media