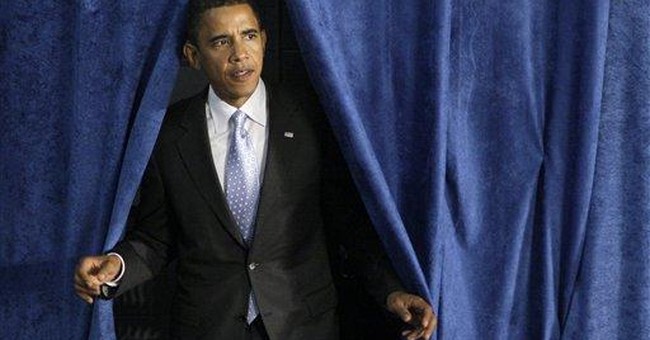 With the nomination of one Sarah Palin, presidential politics is no longer a battle of economic policies and national security; it's a Saturday night brawl between the Rednecks and the Elites.

On the left, we have the smugly smiling, smarter-than-thou, Ivy Leaguers. On the right, we have the gun-clinging, God-toting, cowboys.

The two parties are both more and less than that reduction, of course, but this is approximately how each side now views the other.

Barack Obama is an elitist who doesn't understand small-town, traditional America no matter how many times he cites his Kansas roots. And John McCain is, well, who knows?

McCain isn't a redneck, but his running mate meets most of the criteria from the elitist's perspective. She hunts, fishes, loves driving four-wheelers, making babies and beating up the boys.

McCain seems to think so. Or does he? Whatever the case, his political judgment in selecting the Alaska governor was keen. With that singular flourish, he signaled the Republican base that he isn't a RINO (Republican In Name Only) after all. And, he co-opted the Democrats' claim to represent women's interests by picking a woman who makes feminists look like sissy-girls.

Both a frontier woman and beauty queen, the square-jawed Palin not only neutralized the sisterhood, but she animated the brotherhood. Men are suddenly riveted as never before by the frontal lobes of the vice presidential candidates.

Like all caricatures, the elitist and the redneck are based on partial truths, but there's enough substance to justify some of the contempt from both sides. Obama does have that little chin-lifted, smile-down-his-nose, teacher-pet look that says, "I know better than you." Palin does exude the kind of biblical certitude last observed in a president by the name of George W. Bush.

It was Obama who said that small-town Americans, embittered by a lack of jobs and government accountability, "cling to guns or religion or antipathy to people who aren't like them or anti-immigrant sentiment or anti-trade sentiment as a way to explain their frustrations."

It was also Obama who, in trying to commiserate with Iowa farmers about low crop prices, said: "Anybody gone into Whole Foods lately and see what they charge for arugula?"

I confess to arugula fatigue at this point. Arugula may be a funny name for lettuce. (Hey, Solzhenitsyn was a funny name for a writer!) But arugula has been on American plates for a couple of decades now. It isn't the symbol of nouvelle cuisine that it once was.

That said, Obama's lament before a crowd of soy and corn growers was so out of tune, he made Hillary Clinton sound like Sarah Brightman.

To sway voters, it isn't necessary to agree on every issue, but it is helpful to share a worldview. From that perspective, Palin is a perfect storm of God, Mom and apple pie: a pro-life, pro-gun, career woman, happily married to a snowmobiling -- not a windsurfing -- guy.

Jeff Foxworthy is undoubtedly revising his blockbuster book: "You Might Be a Redneck if ..." to include a chapter on Palin. Note that being a redneck is not considered a negative in the Foxworthy franchise, nor is it in most places where elites fear to tread.

On the other hand, another confession: Palin is so comfortable in that whompum-stompum, good ol' girl way that one really wouldn't mind catching her doodling in her journal, "Madame Bovary, c'est moi."

The truth is that both elites and rednecks could use a little more of each other. If some rednecks are a little too proud of selective ignorance, elites are too confident that rednecks know nothing useful. A little less smugness on the left and little less righteousness on the right would be refreshing about now.

Breath-holding and farm-betting are not recommended.