Monsters and Racists and Sexists, Oh My! 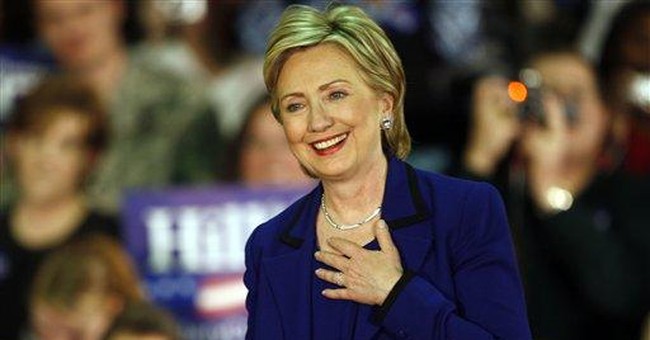 WASHINGTON -- Race and gender, once the courted darlings of the Democrats, are becoming party poopers. In the always-quotable words of the Wicked Witch of the West: "These things must be done dehhhhhh-licately."

Lately, Democrats -- specifically female Democrats -- have been cast into the outer darkness for speaking their minds in ways that have been interpreted as racist or sexist. Free speech, it seems, is no longer so free in the political arena.

As the aforementioned woman, whose primary mode of transport is a broom, might sketch in today's mud-slung sky: Surrogates beware.

Most recently rapped by the rulers of acceptable speech was Geraldine Ferraro, former vice presidential candidate and, until her resignation Wednesday, fundraiser for Hillary Clinton.

Ferraro committed that most egregious foul in the game of identity politics. She spoke of race and gender -- but especially race -- in an unapproved way.

Was her comment racist and deserving of denunciation? Or was she partially, if clumsily, right?

Hold that thought while we visit Adelfa Callejo, a revered 84-year-old lawyer/activist and Clinton supporter in Texas, who said last month that Obama would have trouble with Latino voters because he is African-American.

"When blacks had the numbers, they didn't do anything to support us," Callejo said. "They always used our numbers to fulfill their goals and objectives, but they never really supported us, and there's a lot of hard feelings about that."

True or false? Racist or observant?

In fact, Clinton leads among Hispanic voters, winning by a 2-to-1 margin in large states such as New York, California and New Jersey. In Texas, Clinton did the same, winning among Latinos by 66 percent to 32 percent. Callejo wasn't wrong about the end result. And even if some condemned her statement, her reasoning -- based on experience and observation -- was sound.

In both cases, Clinton was asked to "denounce and reject" these remarks. Clinton said she disagreed with Ferraro, but at first she gave Callejo more slack. "People get to express their opinions," she said of Callejo, adding that "a lot of folks have said really unpleasant things about me over the course of this campaign."

And more unpleasantness was coming her way. Soon thereafter, Samantha Power, Obama's foreign policy adviser, resigned after telling a Scottish reporter than Clinton was a "monster" who would do anything to get elected.

Sexist or true? Monster isn't really such a bad word. In French, monstre is a compliment meaning "raving success." Its meanings in English include: "one that is highly successful." Of course, it can also mean ugly, wicked, cruel or terrifying.

But we quibble. Whatever Power meant, her intemperate word choice shouldn't have been a firing -- or a resigning -- offense for a Harvard scholar, who is also the Pulitzer Prize-winning author of a book about genocide.

No, Power was sacrificed on the altar of a nice politics that exists only in the rhetoric of the presidential candidates. As for Ferraro, her statement wasn't racist so much as it was racial. It is, in fact, unlikely that anyone else with Obama's experience -- just two years in the U.S. Senate before he began running for president -- would get this close to the White House.

There are lots of reasons for Obama's success that have nothing to do with race. But there's also this: You can't separate race from who Obama is. He is the biracial man. Although he self-identifies as African-American, it is precisely his dual race -- and his own personal work toward identity integration and transcendence -- that allows him to speak effectively of racial reconciliation and national unity in ways that a white male, or another black male for that matter, could not.

So, yes, Ferraro was partly right. If Obama were white, he probably wouldn't be where he is. And Callejo was at least partly right -- to the extent she called the election. And, just maybe, Power was a little bit right. The Clintons are well-known for political ruthlessness that some would describe as monstrous.

What's clearly wrong is the convenient labeling -- and silencing -- of people as racist or sexist for expressing opinions that run counter to acceptable speech codes as determined by the minders of outrage.

Thus distracted, we ignore the real monster, whose name is Identity Politics.

It has two faces -- and always bites the hand that feeds it.