Bipartisanship on the Hustings 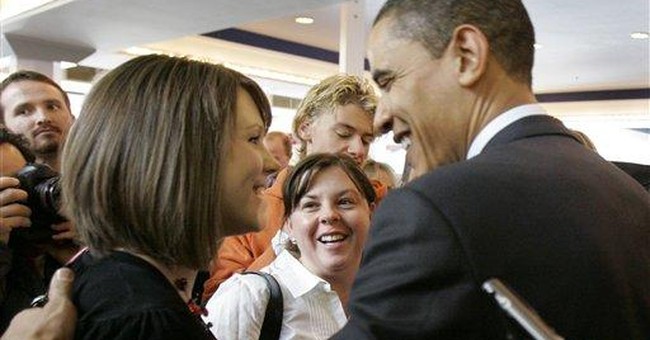 Americans say they're sick of partisan politics, and some of them really mean it.

In Norman, Okla., and Tallahassee, Fla. -- two university towns where football usually matters more than governance -- local leaders weary of blood sport have begun taking matters into their own hands.

Next week in Norman, as the media hordes forget they ever heard of Iowa and descend on New Hampshire for the nation's first primary, a dozen or so renegades from the major parties are convening a forum to develop Plan C. A third way. A bipartisan solution to business as usual.

Their immodest goal: To end divisive partisan polarization, create bipartisanship and bring the country together after the 2008 election.

And yes, New York Mayor Michael Bloomberg will be there, but he's not running for president.

Other formers expected to participate include Bill Cohen, former secretary of defense and former U.S. Sens. Alan Dixon of Illinois and Bob Graham of Florida. Also, Jim Leach, former member of the U.S. House of Representatives from Iowa, and Edward Perkins, former U.S. ambassador to the United Nations.

Yes, this is primarily a forum of formers. In fact, only Hagel and Bloomberg are politically current, from which one may draw one's own conclusions. Then again, former politicians may be the best kind. With hindsight comes wisdom and, having been there, done that, people formerly known as politicians have little to gain from speaking out except the rare reward of doing something for the greater good.

While these reform-minded formers are tackling national problems, their bipartisan counterparts in Tallahassee are acting locally through a relatively new Web-based creation called "To The Village Square."

The square is the brainchild of attorney and City Commissioner Allan Katz, a Barack Obama Democrat who used leftover money from his recent re-election campaign to create the project.

He tapped as his partner Liz Joyner, a social worker and stay-at-home mom, (who also ran his last campaign), and recruited a bipartisan board whose members agree with two simple premises: facts matter; solutions should be bipartisan.

"If you say you're nonpartisan, nobody believes you," says Katz.

With that reality in mind, The Village Square aims to remind citizens of "The Big Idea" for which our ancestors spilled their blood -- that Americans should be self-governing. The Web site, tothevillagesquare.org, explains that history in the context of today's political dialogue, which "wouldn't be tolerated between 5-year-olds at recess."

"We've turned 'talking' over to professional polarizers on television who make seven-digit careers surfing this wave of hostility," reads the Web site. "They warp what were once perfectly useful ideas, when understood in moderation, into black-and-white caricatures of ideas, so oversimplified they become effectively useless in solving real problems.

"These entrepreneurial yellers build for us such a fundamental misunderstanding of (and contempt for) people who think differently than we do, we've stopped bothering to listen to each other. ... We're spoon-fed slick (and expensive) commercials that sell us snake oil rather than provide the facts so basic to building the informed citizenry envisioned by our Founding Fathers."

To that end, Katz and friends sponsor topical dinners ($25/person) to air local issues. Next week, while Boren and Co. are figuring out how to advance civil discourse at the national level, participants in Tallahassee's Village Square will be dining with experts to discuss: "Energy Alternatives a la carte: Fossils and Sunshine and Garbage, oh my!"

OK, so you're rewinding your videos that night, but somebody has to take this stuff seriously.

It's not quite a movement, but both Boren's initiative and the Katz/Joyner project suggest the stirrings of a necessary political backlash. Just as an unhappily married couple nevertheless manages to produce a lovely and beloved child, the ugly divorce of politics from the people may yet birth a very American revolution.

If Washington won't lead the way, then Americans will simply lead themselves.