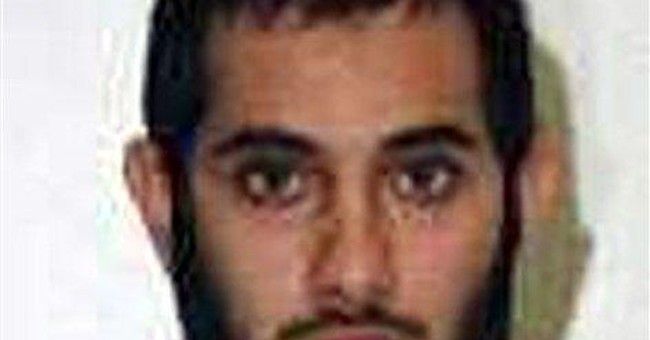 WASHINGTON -- Where there's a terrorist, there's a business opportunity.

If you're new to that concept, no worries. There's still plenty of money to be made in the homeland security industry.

You've heard of IEDs -- those nasty roadside bombs that have killed too many American sons and daughters. Well, here's worse news -- or maybe good news for your investment portfolio: IEDs may be coming to America.

And this means that counter-IED technology will be the newest market segment in homeland security. Thrilling, isn't it?

So goes the newest prediction from Homeland Security Research Corp. (HSRC), a Washington-based consultancy group that caters to businesses and governments. Some of its clients include the U.S. House of Representatives, NATO, the Korea Atomic Energy Research Institute and the governments of Japan and Sweden, as well as such corporations as Boeing, DuPont, Panasonic and Cisco, just to name a few.

You can be a client, too, but it'll cost you. You know what they say: It takes money to make money. If you want a peek at the just-released report on the future of IED markets, you'll have to pony up $5,950.

For that, you'll get 279 pages, 94 figures and 144 tables explaining that, even if things improve in the Middle East, the problem of IEDs will continue. Indeed, we're likely to see them increasingly migrate to civilian areas around the world -- an event for which the U.S. and Western Europe are "catastrophically underprepared," according to the folks at HSRC.

But that's OK because technology is in the works and, in collateral benefits, there's money to be made. Our present technological weakness will be the driving force behind a thriving counter-IED market that the HSRC predicts will attain a CAGR (compound annual growth rate) of 8 percent to 12 percent in the next two decades.

The business of homeland security is nothing new. In fact, some market observers wonder if the boom is already past. Venture capitalists who had hoped to make big gains in the markets created by terrorism began expressing doubts about sustainability of earnings growth at least a year ago.

But then, there's always something new around the corner. With each new terrorist innovation comes a new market. HSRC predicts a robust business in homeland security, figuring the U.S. market share will reach $115 billion by 2011. Civitas Group, another Washington-based investment firm specializing in security, puts the U.S. share of the global homeland security market at $140 billion during the next five years.

The trick is keeping one's eye on, well, everybody, apparently. Figure out what's coming down the road and invest in countermeasures. It is also wise to watch Washington.

In another report, the HSRC analyzed the 110th Congress, evaluating legislative and political agendas of the new Democratic majority, committee leadership and so on, to forecast which security markets and technology sectors would be affected.

The envelope please: Oh, sorry, that'll be $1,950. But here's a teaser: "Approximately $30 billion will shift or be added in Homeland Security markets over the next five years as a result of the Democratic takeover of Congress."

Much of what's predicted is common sense. Essentially, whatever causes fear and loathing in the American populace is where you should put your money. Hint: Mexican Border Fence. The border and perimeter protection market is forecast to hit $13.9 billion by 2011.

The beautiful thing about the capitalist-driven marketplace is that needs are met with speed, innovation and entrepreneurship. The ugly thing is that sometimes what drives the market is also what aims to kill us. We loathe terrorists because of their cowardice, brutality, narcissism and utter disregard for civilization. Yet, in trying to thwart them, we become invested in their success.

Without a major terrorist attack, markets can expect an infusion of $178 billion by 2015, according to HSRC. But (BEG ITAL)with(END ITAL) a major attack in the U.S., Europe or Japan, the global security market could increase to $730 billion.

Maybe this, and not global warming, is how the world ends -- terrorism and capitalism colliding in an explosion of irony.

Capitalism, the only system that respects the individual, and terrorism -- an instrument of pathological individualism -- are locked in a circular co-dependency without a foreseeable cure.

The cynic's question isn't, "Are the terrorists winning?" But rather, "Can we afford to defeat them?"