Bogarting Sanity in the Marijuana Wars 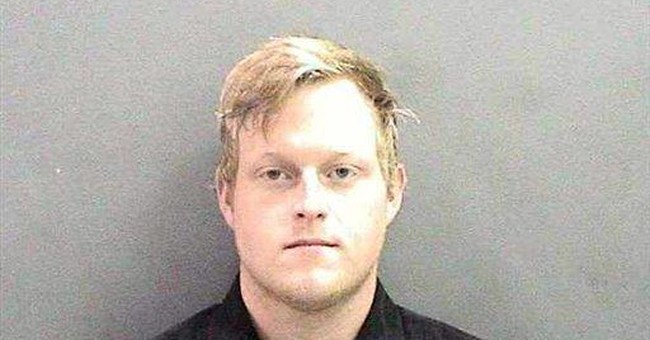 Gore-phobes on the Internet apparently view the son's arrest and incarceration as comeuppance for the father's shortcomings. Especially rich was the fact that young Al was driving a Toyota Prius when he was pulled over for going 100 mph -- just as Papa Gore was set to preside over concerts during a 24-hour, seven-continent Live Earth celebration to raise awareness about global warming.

Whatever one may feel about the former vice president's environmental obsessions, his son's problems are no one's cause for celebration. The younger Gore's high-profile arrest does, however, offer Americans an opportunity to get real about drug prohibition, and especially about marijuana laws.

For the record, I have no interest in marijuana except as a public policy matter. My personal drug of choice is a heavenly elixir made from crushed grapes. But it is, alas, a drug.

Tasty, attractive and highly ritualized in our culture, wine and other alcoholic beverages are approved for responsible use despite the fact that alcoholism and attendant problems are a plague, while responsible use of a weed that, at worst, makes people boring and hungry, is criminal.

Pot smokers might revolt if they weren't so mellow.

Yet even now, federal law enforcement agents raid the homes of terminally ill patients who use marijuana for relief from suffering in states where medical marijuana use is permitted. These federal raids have become an issue in the 2008 presidential race as candidates have been asked to take a position. A summary is available on the Marijuana Policy Project Web site (mpp.org).

Beyond the medical issue is the practical question of criminalizing otherwise good citizens for consuming a nontoxic substance -- described by the British medical journal Lancet as less harmful to health than alcohol or tobacco -- at great economic and social cost. Each year, more than 700,000 people are arrested for marijuana-related offenses at a cost of more than $7 billion, according to the Marijuana Policy Project.

If marijuana were legalized, regulated and taxed at the rates applied to alcohol and tobacco, revenues would reach about $6.2 billion annually, according to an open letter signed by 500 economists who urged President Bush and other public officials to debate marijuana prohibition. Among those economists were three Nobel Prize winners, including the late Milton Friedman of Stanford's Hoover Institution.

Friedman and others were acting in response to a 2005 report on the budgetary implications of marijuana prohibition by Jeffrey Miron, visiting professor of economics at Harvard. By Miron's estimate, regulating marijuana would save about $7.7 billion annually in government prohibition enforcement -- $2.4 billion at the federal level and $5.3 billion at the state and local levels.

That's a lot of money for English tutors and health care for indigents. Add to that amount income taxes that would have to be paid by marijuana producers. Drug dealers don't pay taxes, after all. Nor do they concern themselves much with rules of the workplace and worker welfare. Miron argues that legalizing marijuana would not increase use because decriminalization hasn't increased use. But, he says, legalization would reduce crime by neutralizing dealers and eliminating the violent black market.

Legalizing marijuana isn't an endorsement of underage or irresponsible use.

Best would be that everyone deal with life unmedicated, but adults arguably have a right to amuse themselves in ways that don't harm others.

While some may balk at the idea of legalized pot, it seems clear that some remedy is in order. At the very least, a fresh, freewheeling debate free of politics and bureaucratic self-interest is overdue.