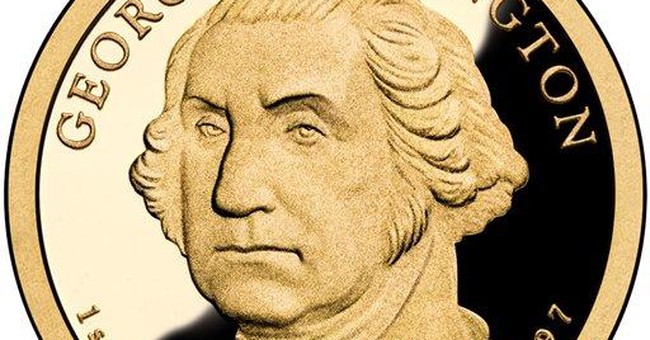 In today's anti-patriarchal climate, it isn't surprising that the birthday of America's ``Father'' has been reduced to a free day and cheap sheets.

To some extent, Washington might be pleased. Prosperity and freedom, after all, are the happy offspring of America's struggle for independence. Our unalienable right to the pursuit of happiness finds expression each year on the third Monday of February in the linen section of Wal-Mart.

Before you hit the sales, though, a quick question:

In what document do the words ``unalienable rights'' and ``pursuit of happiness'' appear? If you're a recent college graduate, chances are you don't know.

Not to pick on college students -- who can't be faulted for not learning what they haven't been taught -- but recent studies show that our educated youth don't know much about history.

For instance, in a 2005 survey of 14,000 college students conducted by the University of Connecticut, seniors flunked the civic literacy exam with an average score of 53.2 percent. Here's a sample of what seniors didn't know:

More than 53 percent couldn't identify the century when the first American colony was founded at Jamestown; 55.4 percent didn't know that the Battle of Yorktown ended the American Revolution; fewer than half (47.9 percent) could identify the Declaration of Independence as the source for this line: ``We hold these truths to be self-evident, that all men are created equal.''

They weren't much better on more recent events. Fewer than half of college seniors (45.2 percent) knew that Saddam Hussein's base of support was the Baath Party.

Of course, there's no reason to assume that older Americans could do better. Jay Leno's man-on-the-street interviews have disabused us of any fantasy that Joe Blow -- the same fellow driving all those political polls out there -- is fluent in current events.

But shouldn't we expect more from college graduates?

Part of the problem is that many schools don't require students to study history. Another is that schools tend to measure their quality in terms of expenditures, ethnic diversity and class size, rather than by knowledge imparted. Thus, if there's a problem, they don't see it.

Frank Newman, the now-deceased former president of the Education Commission of the States, explained this phenomenon in The New York Times:

``If we start measuring, we will start finding out that you didn't learn ... about the great traditions of Western thought. Then we have a nasty little problem on our hands.''

That nasty little problem has its roots in a nasty little attitude of contempt toward history as written by and about white males. The spirit of equal outcomes that has dumbed down education also has distorted the teaching of American history. Too much George, not enough Martha.

Obviously, important Americans of both sexes and all races should be included in history books, but not all participants in history are equal, no matter how many stars we wish upon.

The extent to which white males have been devalued can be clearly seen in Washington's face. His portrait, that is.

Once ubiquitous in American classrooms, Washington's portrait has all but disappeared from schools. When Bill Sanders, a New Jersey businessman, noticed the first president was missing from his daughter's classroom, he set out to correct the oversight and started a project called Portraits of Patriots.

He began producing high-quality prints of Washington from an 1862 engraving based on Gilbert Stuart's famous portrait, which he sells for about $250 to cover the costs of printing and framing. He also lobbied for state legislation proposing that at least one Washington portrait be placed in each school district.

Although a bill passed the House several years ago, it died in a Senate committee after the New Jersey Education Association (NJEA) objected. Nancy Volte, spokeswoman for the NJEA, summed up the general sentiment to USA Today:

``Requiring legislation to honor one person does a disservice to many individuals,'' she said. ``There are so many others who were also instrumental in securing our country's freedom.''

Maybe so, but only one person was the first president of the United States. Only one man was Gen. George Washington, who led American troops in the decisive battle of the revolution.

Such silly sensitivity has displaced intellectual honesty in American education. We've produced a generation with no sense of national identity and little connection to the nation's collective memory.

In the process, we've traded life, liberty and the pursuit of happiness for fat, dumb and happy.

And, of course, cheap sheets.