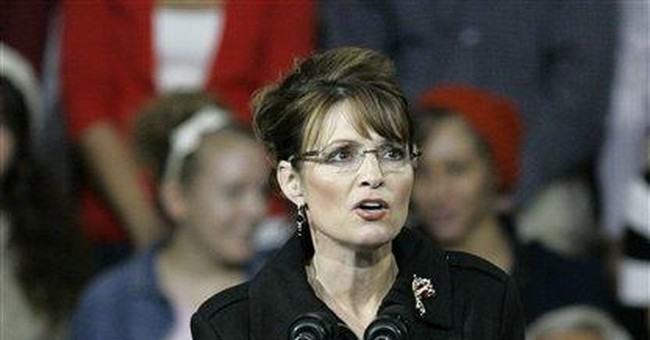 One of the first attacks launched at Governor Sarah Palin when she was announced as Senator John McCain’s running mate was that she was not smart enough to be one step away from the presidency. Why? Because she doesn’t have an Ivy League education. Rather than criticizing her position on taxes, energy independence or the War in Iraq, college students in particular focus on her University of Idaho degree. It has become a rallying cry for my fellow students at schools ranked better than the University of Idaho and flung as an insult into heated debates.

These same students conveniently forget that after graduating from the University of Delaware, Senator Joe Biden went on to graduate 76th in a class of 85 from Syracuse University College of Law where he infamously plagiarized a law review article for one of his papers. They also forget that Senator Barack Obama attended Occidental College in Los Angeles before Columbia University.

Too many people are resorting to this elementary school tactic of calling someone stupid as a trump card during election discussions. After listening to a fellow student mock Gov. Palin’s education, I decided to test her theory using the presidency, since that is the position for which these students claim she is not qualified.

Is a degree from a top American college a prerequisite to becoming a successful president?

No. Abraham Lincoln led our country through one of its most tumultuous times and is admired as one of our best presidents. He did not even go to college. He is not alone. Eight American presidents did not earn a college degree, Andrew Jackson, William Henry Harrison, Zachary Taylor, Millard Fillmore, Abraham Lincoln, Andrew Johnson, Grover Cleveland and Harry Truman. Almost 20% of our presidents have not graduated from college.

One of our best presidents of the 20th century graduated from a small school in Illinois, Eureka College, which most Americans probably have never heard of. Eureka College, which currently has an enrollment of about 600 students, did not make the Princeton Review’s 2009 Best 368 Colleges.

Furthermore, even some presidents who have earned degrees from top schools have been criticized as being among the worst presidents in American history.

There is no specific educational pedigree that is determinative of the success or popularity of an American president or vice president. Our past presidents and vice presidents have earned degrees from a wide range of schools. The most popular schools for presidents include Harvard with five, William and Mary with four, Yale with three and Princeton and the Military Academy with two each. Among others, past presidents have attended Dickinson College, Union College and Miami University.

The best education is not only obtained from classroom lectures. Much can be gained from independent study and a true love of learning. In an October 22nd People Magazine interview, Gov. Palin said, “I’m a voracious reader, always have been. I appreciate a lot of information. I think that comes from growing up in a family of schoolteachers also where reading and seizing educational opportunities was top on my parents' agenda. That was instilled in me.”

Besides having a deep philosophical understanding of ideas, it is also important that one has tested those ideas in practice, learning how to implement the ideas effectively. Maybe this is difficult for my fellow students to understand as they have had little opportunity to put their ideas in practice. But Gov. Palin has done that. She has made spending decisions. She has stood up to corruption. She has vetoed bills.

Too many students are ignoring the real differences between the candidates on the economy, health care and foreign policy, and resorting to personal attacks. In one way this is a victory for Gov. Palin as they concede issue appeals. But at the same time, it is deeply problematic that students are falling for the empty insults and rhetoric.