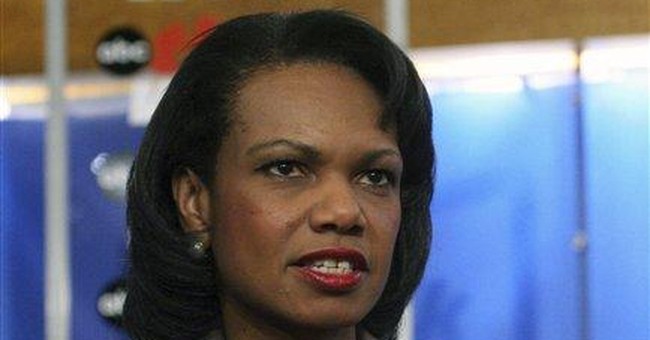 The first Women’s Studies Program in the U.S. was created in 1970 at San Diego State College. Over 35 years later, there are now Women and Gender Studies Departments on college campuses throughout the country. Based on the benign title, Women and Gender Studies, it would be easy at first to mistake these bastions of feminism as unbiased intellectually honest academic departments.

After digging deeper, however, it is clear that these departments are dominated by radical feminists and radical feminist ideas. For example, the description for the Studies in Women and Gender (SWAG) Department introductory course at the University of Virginia last year, "Women’s Lives in Myth and Reality," reads, "This course will explore women’s past and present circumstances and envision future possibilities and alternatives, analyze issues of gender in relation to class and race, and work toward a framework for understanding the world and our place in it." The future for many women includes aspirations to have traditional families and this course states that it will "envision future possibilities." The course, however, does not have any sections devoted to studying the traditional family structure. Instead, it attempts to influence the next generation of women with its feminist propaganda. For instance, one of the two main textbooks used in the course is titled Listen Up: Voices from the Next Feminist Generation, which includes articles such as "Lusting for Freedom," "Taking It to the Streets' and "Bringing Feminism a la Casa."

According to the SWAG Department website, "Studies in women and gender is an interdisciplinary program that seeks to analyze history and culture from women's perspectives and to deepen the methods of academic pursuit by acknowledging the critical place of gender." I was unable, however, to find a work by a conservative woman on any SWAG Department course syllabi. From the description above, it seems that the SWAG Department does not think that views held by countless conservative women represent "women’s perspectives," since these views are conveniently and conspicuously absent.

Radical feminists have been wildly successful in creating their own academic departments—purportedly for the benefit of all women—that exclude all views but their own under the guise of an innocuous-sounding name. Countless women each year enter colleges around the country, sign up for classes such as "Gender and Sexuality in Pop Culture" and are clueless that they will be fed radical feminist ideas.

Unfortunately, this is not an isolated peripheral effort. Rather, this is a central part of the radical feminist strategy not only to get their ideas heard, but to drown out any competing ideas. We see this once again in the implementation of Women’s History Month.

Just as in their push for Women and Gender Studies Departments, radical feminists have also pushed for Women's History Month and then tried to control its meaning.

While many conservatives have long ignored Women and Gender Studies Departments, hoping they will just go away, we must not ignore Women’s History Month. The place and importance of women in history should be revered regardless of personal political philosophy. Besides, we conservatives have just as many women who deserve recognition during this month, from public figures such as Phyllis Schlafly and Condoleezza Rice, to the millions of mothers who have devoted their lives to raising their children.

In an effort to sincerely celebrate Women’s History Month, the Network of enlightened Women Chapter at the University of Virginia is cosponsoring a debate as part of the Intercollegiate Studies Institute’s Cicero’s Podium debate series. Two well-known, but ideologically opposite, authors, Dr. Jennifer Roback Morse and Amy Richards, will engage many pressing questions about the legitimacy of Women and Gender Studies Departments. Rather than ignoring the complexity of current issues and hiding from women who do not share the same principles, the women of NeW seek to foster true intellectual diversity.