Judson Phillips is the Associate Director for TheTeaParty.net. He is also the founder of Tea Party Nation, one of the largest Tea Party Groups in the country and the number one national tea party site on the Internet. A lawyer by trade, Judson became active in Republican politics after the 1980 presidential election. “Ronald Reagan inspired me,” he says. Judson has served in various capacities on committees for two different county parties, as well as running for local office as a Republican in 2002.

Judson became involved in the Tea Party movement in February 2009 after hearing Rick Santelli’s rant on CNBC. “I heard there was going to be a Tea Party in Chicago inspired by Santelli, but didn’t know if anyone was doing a rally in Nashville where I was based. Finally I emailed Michelle Malkin and asked her if there was a Tea Party in Nashville. Malkin sent an email back saying, ‘No, why don’t you organize one?’ I did.”

He currently manages the Tea Party Nation website (teapartynation.com), writes several daily columns for TheTeaParty.net, and is working on more projects than any one person should. He is a frequent guest on cable and broadcast news shows, including on Fox, MSNBC, CNN and others. 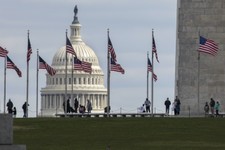 Active Lame Duck Sessions of Congress Undermine Democracy
By Judson Phillips
The idea of a post-election active lame duck session of Congress undermines democracy. Congress is in the process of a ...
November 17, 2020 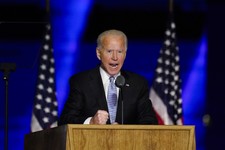 Stopping China Before a Joe Biden Presidency
By Judson Phillips
Prematurely or not, the mainstream media has declared Joe Biden the president-elect. China and its allies couldn’t be happier. Is ...
November 12, 2020 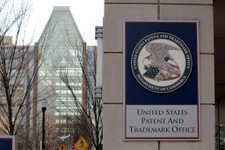 Protect the Constitution! Protect Patents
By Judson Phillips
One of the most brilliant parts of the Constitution is found in Article One, Section Eight, Clause Eight.  To save ...
March 25, 2020

Are Your Children Better Off?
By Judson Phillips
Throughout history, Presidential elections have again and again come down to a single question. In 1994, Bill Clinton swept into ...
May 16, 2012
Commentary Archives
CARTOONS | Tom Stiglich
View Cartoon