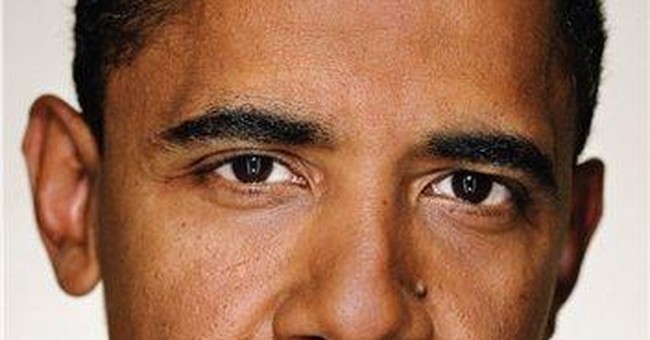 Welcome to Washington in 3-D: deficits, debt, and denial, that is. The continuing deterioration in America’s fiscal figures has indeed added another dimension to the nation’s capital. So much so, that the current period has become the photo negative of the pre-9/11/01 budget estimates. Then surpluses continually multiplied, now deficits do. Just a decade ago, we wondered whether America would eliminate the national debt. Now we wonder whether it will eliminate America.

Last year’s budget figures went well beyond dismal. Washington spent $3.5 trillion. That is the equivalent of 24.7% of everything America produced. Not since 1946, in the immediate aftermath of WWII, has Washington consumed more of the nation’s economy – and then only slightly (24.8% of GDP).

Naturally, Washington’s deficit was equally depressing. Washington overspent its receipts by $1.4 trillion. That means 40% of Washington’s spending was borrowed and this borrowing amounted to 9.9% of the nation’s total production. Not since WWII has Washington borrowed a bigger slice of America’s economic pie.

The only thing that seemingly could be worse, would be to do it again. Well, guess what? According to the nonpartisan Congressional Budget Office’s projections, Washington is poised to do just that. This year’s federal spending, assuming there are no changes in current law, is estimated to be…$3.5 trillion with a deficit of $1.3 trillion.

In the category of small favors (perhaps the only time “small” is used to describe an aspect of the federal budget), due to slight growth in the economy, these nearly identical nominal amounts of spending and deficits only respectively amount to 24.1% and 9.2% of GDP this year. Both would be post-WWII records, had it not been for last year’s totals.

If that’s not worrisome enough, consider that the early returns on the current fiscal year show it actually exceeding last year’s totals. According to CBO’s latest figures, if timing shifts in payments were excluded, spending in January was $10 billion more than the previous year’s and the deficit was $33 billion more. For the first third of the fiscal year, the deficit was $40 billion higher than last year’s and federal spending was only lower because financial bailout expenditures were $150 billion less. CBO states, excluding bailout money, “[o]ther spending was up by $127 billion (or 12 percent)…”

What is driving this spending surge? Two things: one near-term and the other long-term. Both are insidious.

CBO notes that already the number two spending accelerator on a percentage basis, after unemployment insurance, thus far is “net interest on the public debt.” It is up a whopping 36.9% from last year’s first trimester. Hardly shocking. When you overspend your means by $1.4 trillion and 40%, you rack up quite a tab in a hurry.

The long-term problem is that these mounting levels of spending are becoming imbedded in the budget. CBO projects next year’s federal spending to be $3.7 trillion – with a $1 trillion deficit. And to reach that conclusion, CBO must (by law) “assume that annual appropriations rise only with inflation, which would leave discretionary [i.e., annually appropriated] spending very low relative to GDP by historical standards.”

Even if CBO’s conservative assumptions are correct, the three-year deficit total would amount to $3.7 trillion – more than was spent in all of last year.

The long-term problem becomes clearly visible only when we look at CBO’s 10-year projections. From 2011-2020, CBO never projects federal spending falling below 22.3% of GDP – and that level reached only once, in 2015. And again, that is only obtained using conservative spending assumptions. Even so, that level of GDP consumption has been reached only four times since WWII – during the Cold War’s height and it led directly to the USSR’s collapse.

Debt crises in Europe have been roiling the international financial markets for weeks now. At its current rate, Washington won’t long have to look abroad to find a debt crisis. While America is not there yet, it is on an unmistakable path. And what takes us down it is excessive spending on one hand, and the acceptance of it on the other.