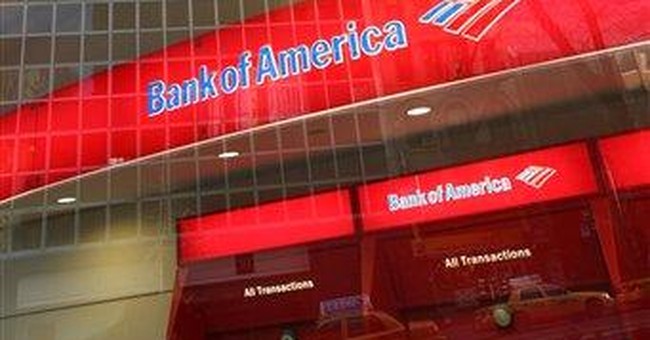 It is ingrained in the imaginations of many that a permanent “economic cycle” exists. The economy grows, it over-extends, it decreases, it over-declines, and it grows again. In short, the economy is never in balance and always over-reacting. In fact, this is wrong. And more dangerous than simply being incorrect, it encourages the government to seek to over-compensate for the misperceived failings of an illusory economic cycle.

It is common for human beings to animate things. We seek to imbue them with animate abilities in an attempt to understand what we otherwise do not. Common as this trait is, it is not illuminating. When such an approach is applied to the economy, the tendency is downright dangerous.

With the economy we frequently liken its growth to organic growth. We envision the economy like a forest – repeating infinitely its cycle of growth, death, and rebirth.

Occasionally, this process even takes place across an entire sector of the economy.

The problem with such apparently obvious analogies is that neither device is accurate. An economy is neither an organism, nor is a macro-economy simply a micro-economy on a larger scale.

First, there is no reason why a single firm cannot continue to innovate and successfully compete indefinitely. Its failure to do so lies in its human components, not its business ones.

At the macro-level the “economic cycle” does not exist. This does not mean there have not been numerous recessions and expansions. What it does mean is that there is nothing inherent in an economy that causes them. It was Nobel economist Milton Friedman’s great contribution to show stable monetary growth provides the basis for stable economic growth. And the money supply’s mismanagement was the most frequent cause of an economy’s problems.

Certainly other external events can affect an economy as well – war, natural disasters – in addition to erratic monetary policy. But the key point is recognizing these as exterior causes. These are exogenous, not endogenous, to the economic system.

This is not simply a theoretic exercise to protect capitalism. Nor is it simply a semantic one, splitting hairs to argue crises’ origins. There are real implications to these conflicting viewpoints.

If crisis is endemic to the system, then it will be a recurring problem – something to be continually transitioned through. Such a premise invites short-term fixes. If the endogenous view were correct, such responses – if properly applied – should and could carry us smoothly from one cycle to the next. In an apotheosis of perfection, they would eliminate the “economic cycle” entirely.

This is the Keynesian conceit. Economic systems are inherently unstable. Only external forces can mitigate this instability. Only the government can supply these forces and it is the government’s economic responsibility to do so – continually tinkering in an effort to dampen instability.

However, if the reverse is true, as it is, then the government’s role should be just the opposite. Rather than seeking to ever extend itself into an economy that can not long function on its own, the government should look for ways to retrench from an economy that can not only right itself but does not invariably stumble. Instead of constant tinkering, government’s goal should be broad reforms that lessen its influence on one hand and render its remaining influence in as neutral a form as possible.

These fundamentally differing perceptions are vitally important. They not only set expectations of what can be done, but applied, they inevitably also set outcomes. The Keynesian approach that relies on short-term fixes in fact leads us to overlook the broader problems threatening an economy from without. The market approach has it that government can ameliorate social pain but cannot and need not correct the economy itself.

If we were to succumb to the temptation to reach for the most appropriate anthropomorphic comparison of Keynesian man to his economy, it would be that of the hypochondriac. Forever medicating more and more, its “cures” outstrip any real ailment that existed until any actual malady is finally forgotten. Far from healing, the treatments only make the patient more comfortable temporarily – and sicker over time.