The Audacity of Peanut Butter 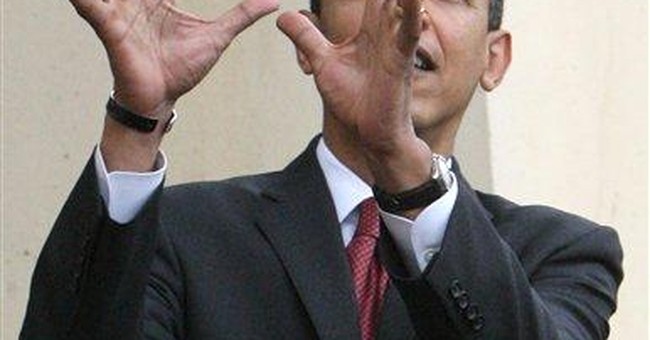 Upon reflection, it's no wonder Barack Obama is winning the Democrat nomination: he combines the hardcore statist ambitions of Hillary Clinton with the color-by-numbers rhetorical pablum of John Edwards.

Many — including Hillary Clinton (and schadenfreude hopes she feels the full weight of the irony) — have remarked on the glorious nothing that comprises the substance of Obama's speeches. When Obama speaks, he tells of an elevated nothing. The Democrat frontrunner lifts his eyes, raises his voice, and describes a visionary nothing. At the peak of his oration, Obama resounds a thunderous nothing. When the senator from Illinois is on the stump, the crowd gasps, the women swoon, and even the stoic catch their breaths and exclaim, "Now that is nothing!"

It is a nothing rarefied in the elixir of our hopes and distilled with our zest for change. It is as intoxicating a nothing as ever there was. Obama pours out potent nothing, and each listener gives it his own special something.

Nature abhors a vacuum, and so do attendees of political rallies. Obama has perfected a formula borrowed from Bill Clinton, the "man from hope," and experimented on by John Edwards, the man with the "message of hope." At the risk of infringing on a trademark, that formula is:

"Hope" and "change" are magical ingredients; they taste differently to each person. The formula wouldn't work with any other ingredient.

Granted, the preceding is a strong statement; it needs defense. Let me demonstrate. Take a typical Obama speech and replace "hope" with something else, something more substantive. Peanut butter, for example. Would it work? Sample this from his speech in Houston on February 20:

… But, you know, there's something deeper in this argument we've been hearing about inspiration. It really has to do with the meaning of peanut butter. Some of you know I talk about peanut butter a lot. And it's not surprising, because, if you think about it, the odds of me standing here are very slim.

But now some are suggesting that I must be naive, that if you talk about peanut butter it means that you're fuzzy-headed, you're not realistic, you're peddling in false peanut butter, you need a reality check.

The implication is, is that if you talk about peanut butter that you must be passive and you're just waiting for good things to happen, and you don't realize how mean and tough the world can be.

See? It doesn't work. It's just too nutty.